Richard Jeffery is National Director of GC Business, part of The Growth Company, a social enterprise dedicated to enabling growth, creating jobs and improving lives; GC Business helps transform over 35,000 businesses a year across the UK. 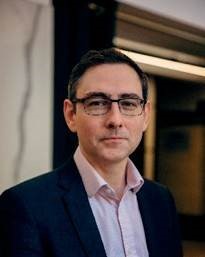 He previously established GC Business Growth Hub in 2011, the first in the country, which became the template for Growth Hubs across every Local Enterprise Partnership in England. With an initial investment of £500k from The Growth Company, he created and built a £20M per annum business with a team of 225 that has helped over 12,000 entrepreneurs either start, grow or scale operations globally.

Richard established and led national exemplar programmes including Greater Connected, Amplify, Spark2Scale and Recipe for Success. He has also recently launched the Creative Scale-Up and the flagship Global Scale-Up programmes. Having led the development of the national government-backed Peer Networks programme, Richard supports BEIS on the coordination of the national growth-hub network.

Richard previously worked at senior levels in the private and public sectors designing and implementing an extensive range of business support services for regional, national and international organisations. He worked as a management consultant developing and delivering commercial services to private sector growth clients ranging from North West based SMEs to global manufacturing corporations including Cargill Dow, BASE, and Burberry.

He received the Institute of Directors 2018 Director of the Year award in the Public and Third Sector category (North West). He is a Fellow of the Royal Society of Arts and Associateship (CText ATI) of The Textiles Institute. He chairs the Northern Powerhouse Growth Hub Network and co-chairs the Scale Up Institute’s Access to Market’s Committee. He is also an Honorary Industrial Fellow and Advisory Board member at the University of Salford’s Business School.