An official City of Salford edition of popular family-fun board game Monopoly hit the shops last week, and we’re thrilled to announce it features the University of Salford. 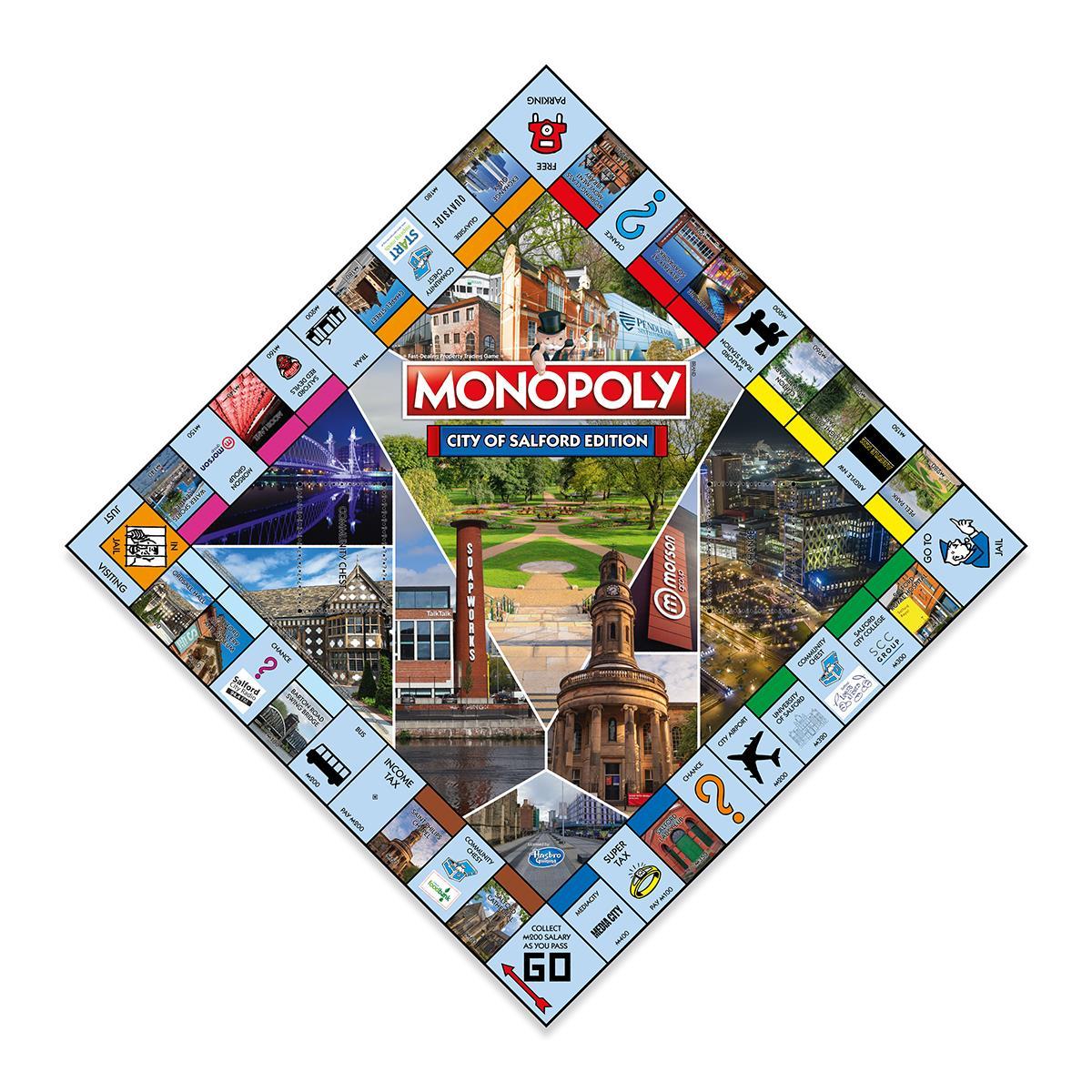 More than 30 of Salford’s best-known landmarks and famous places made it onto the board, including our iconic Peel Building and Peel Park.

The game was launched on 13 October at the recently rebranded MediaCity, which gets to land on the top ranked square. It replaces Mayfair from the game’s classic London original.

“We sit alongside many other famous landmarks in our great city and this firmly places the University on the map.”

Plans for the Salford edition of the board game were given the ‘GO’ ahead earlier this year by Winning Moves, the company behind Monopoly, Top Trumps and Cluedo, and members of the public were invited to vote on which landmarks should feature in the game.

You can purchase a Salford City edition of Monopoly from Asda, Ryman, Selfridges, Waterstones, The Works and WH Smith – as well as extensively online, including Amazon.

British University of Bahrain has first ever graduation...

The first cohort of students from the British University of Bahrain (BUB), partner of the...

Microsoft joins forces with the University

The University of Salford has signed a Shared Goals Agreement with Microsoft which aims to...

The University of Salford is pleased to announce that we will be implementing the new Real...