A group of students from the Salford Business School have made it to the national final of the Young Enterprise Start-Up Programme, a competition run by a national charity. 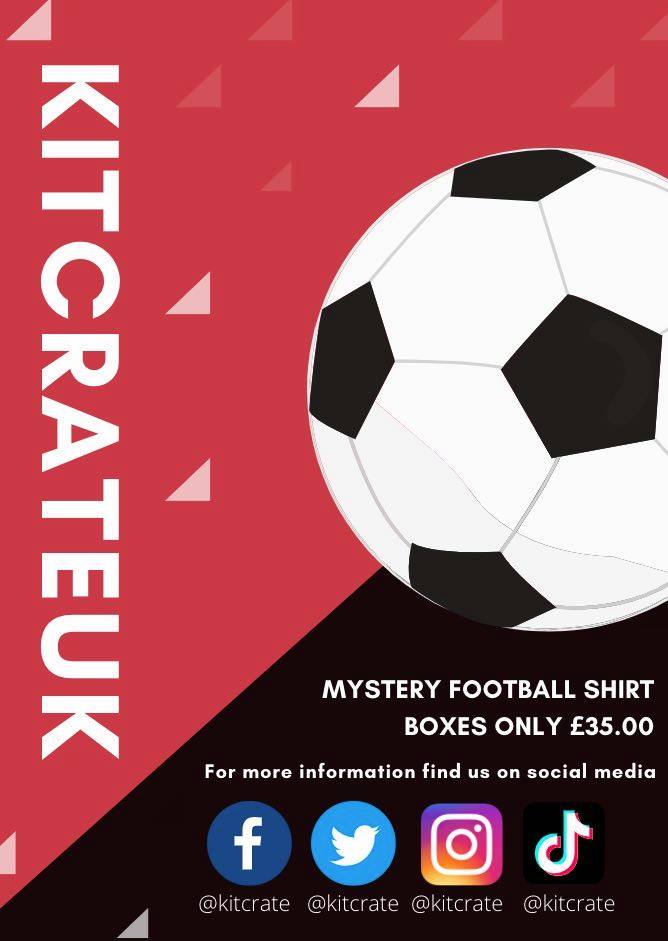 After coming in second place at the North West final, the L5 Business Management with Sports students that created KitCrate UK are preparing for their next step in the competition – the national final taking place remotely on Wednesday 12 May.

The national final will have 16 teams competing for one of three places in the European final in June.

Several panels of judges, represented by a number of companies including DWF, Avanade and AT&T, will judge the team’s business once they have made their pitches. ​​​​​​

KitCrate UK’s business is a mystery box company specialising in selling football shirts from leagues all around the world and international teams.

Team member, Lewis Frobisher, shared: “We worked very hard to get everything up and running, so it’s a massive relief to get through.

“We were happy that we made the regionals and knew there was a chance to make it to the nationals, but to actually make it was a really good feeling.”

As well as coming second in the North West final, they also won the ‘Best Presentation’ category against 17 other teams on the night and 90 teams across the region.

​​​​​​​Fellow team member, Cameron Hill, said: “With the help of a TV and Radio student at the university, we were able to put together a promotional video to go at the start of the presentation, so we think that really helped us.”

In addition to the presentation, the team had to answer several questions proposed by the judges about their business.

“Two or three weeks leading up to the interviews,” Cameron said, “we were fairly confident because we had Nicola, our programme leader, and Richard, from Young Enterprise, just firing tough questions at us to make sure we were ready for anything. ​​​​​​​

“As a whole group, we were confident with the product and knew that no matter what came up, we would all be able to answer.

Lewis added: “That was the worst bit – the fear of the unknown, in terms of the questions.

"But once we went through a few and realised their questions were just to understand our business, we knew there was nothing they could trick us as we know KitCrate from top to bottom.”

The opportunity to take part in the competition is just one of many industry-focused projects that the students undertake on the course. ​​​​​​​

While preparing and developing their business idea, the team had the assistance of Business School academics Nicola Mccullough, Programme Leader for Business Management with Sport, and Dr Jonathan Owens, Module Leader for the Level 5 Multi-Level Team. ​​​​​​​

Nicola said: “The learning journey they have undertaken is great to see and where they are now is just exceptional. They’re a credit to the university and a credit to their course.

​​​​​​​“They worked on time, they were always on task, and they considered the bigger picture and utilised the experience to think about what they want to do after they graduate.”

Jonathan added: “They’re cohesive. It’s like listening to one voice in the presentation and they all knew what was going on.”

The other team from Salford, The Ask Company, which produces kits to help keep people safe on nights out, also did well, coming second in the Best Overall presentation competition. ​​​​​​​​​​​​​​

Jonathan said: “It was great for Salford to do so well this year considering it was our first time entering. It’s such a good experience for all our students who took part.”​​​​​​​