A University of Salford student is helping to manufacture vital PPE during his work placement. 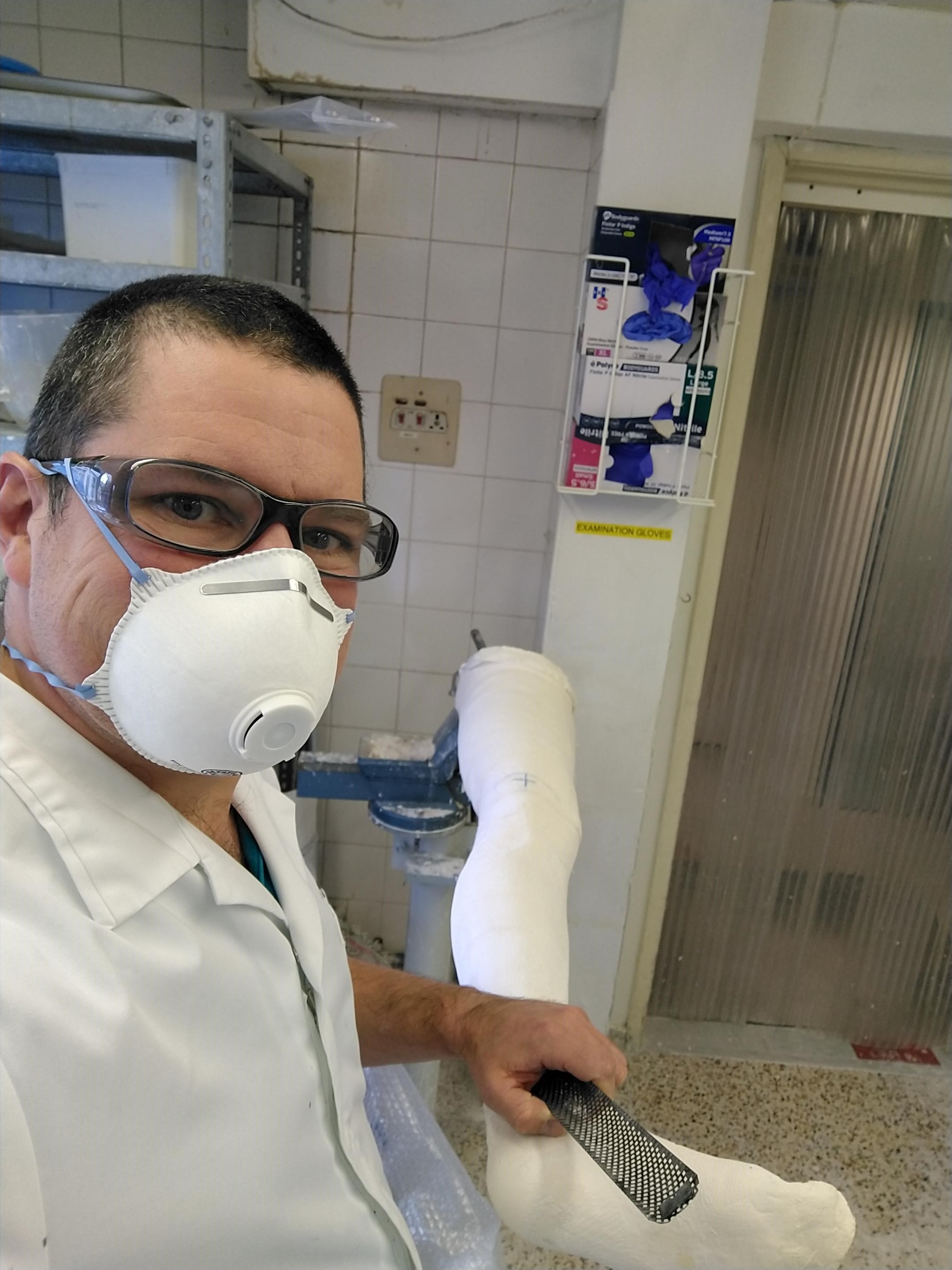 Andy Johnstone (pictured), who studies Prosthetics and Orthotics, was on placement in a hospital on the Isle of Wight when other students’ placements across the country were cancelled, due to the Coronavirus. He, too, was given the option to cancel, but decided to keep working.

He said: “I was informed that patient contact had diminished, plans were changing every day and the team had started creating an assembly line producing PPE glasses and visors for the Isle of Wight NHS Trust.”

Having spent a full 22-year career in the Royal Electrical and Mechanical Engineers, attaining degrees in medical physics and management, Andy says he felt familiar with hospital systems.

“I offered my services beyond that of a prosthetist/orthotist while taking any opportunity I could to gain experience in my chosen profession,” he said.

On arrival to a ‘whirlwind tour’ of the facilities, Andy was briefed on the department’s goal of producing 32,000 units of PPE.

Raw materials were sourced by the department from businesses and engineers all over the Isle of Wight.

“The early goal was to produce as many as we could as fast as we could,” Andy explained.  “Later, the assembly would then pass to various volunteers in the local community in order to free up clinicians to begin prioritising patients.”

Now, he helps to manufacture and package the raw PPE materials, to be sent to the community for assembly - prior to them undergoing a period of quarantine. Manufactured sets are then distributed through the hospital stores, who manage the supply and demand quota.

Andy feels as though he has learnt more about manufacturing prosthetics from making PPE.  “My sewing skills have significantly improved. Being able to study the technician’s approach to the production of orthotics and prosthetics has been exceptionally valuable.”

Overall, Andy is enjoying his time on placement – although he admits it has been unorthodox.

He said: “I feel proud to have been able to assist on my placement. I believe I have gained far more valuable insight into the profession than I would have normally received - it has confirmed that my career choice has been the correct one.”