Occupational therapy (OT) is all about helping people to help themselves. An OT will support people to do the things they want and need to do, to overcome challenges, and complete everyday tasks or activities.

To mark this year’s OT Week (7-13 November), we spoke to recent graduates Sally and Jules about their careers in occupational therapy.

Both are newly qualified occupational therapists. Jules (pictured below left) is working for the Christie Foundation Trust as part of their inpatient rehabilitation team, while Sally (pictured below on the right) is a mental health OT.

Jules explains that for her, wanting to become an OT was the result of her own personal experiences. “I have previously received occupational therapy myself for physical health rehabilitation following an accident and members of my family have also received support from occupational therapists in the past.

“So, when I was looking for a more compassionate direction to take my career, occupational therapy stood out. Salford covers a huge catchment area with a really diverse offering of potential services in which placements take place and that really appealed to me.“Since being at university I have been identified as having additional needs. If I had known on day one of my studies that I would just take a bit longer than everyone else to grasp things, it would have calmed a lot of my anxieties.”

Sally agrees that Salford stood out as a prospective university. “For me, I wanted to come to Salford because of its reputation in healthcare, high commuter and mature student population and the support services available.

“Since being at university I have been identified as having additional needs. If I had known on day one of my studies that I would just take a bit longer than everyone else to grasp things, it would have calmed a lot of my anxieties.”

She also feels that the course has helped her grown in confidence. “In previous jobs I have done what I have been told to do but over the past three years I have worked on being confident and assertive to offer my opinion and clinical reasoning. This has helped me realise that I have a voice and can make a difference!”

The change in job role was also something that Jules found difficult at times: “The biggest challenge for me was going from a long-standing managerial role in a profession I knew inside-out and starting from scratch in a completely new field. But opportunities to apply my transferrable skills and elements of my previous professional approach soon became apparent.

“As OT is so varied there are many ways in which we can apply a range of skills and experiences to support people with their wellbeing and health.”

The theme for this year’s OT Week is ‘Lift Up Your Everyday’. The campaign aims to give people the knowledge to make changes that will have a positive impact on their lives – with a little help from an OT expert.

Jules said: “My ‘OT Hack’ would be flexible list making, so using a To Do list, but ensuring that this incorporates things you enjoy, as well as the productivity tasks we have to do. This allows practitioners and service users alike to remember their preferences and what is important to them, within their priorities.”

Sally said: “For me, it would be using braces to put on knickers after a hip operation!” 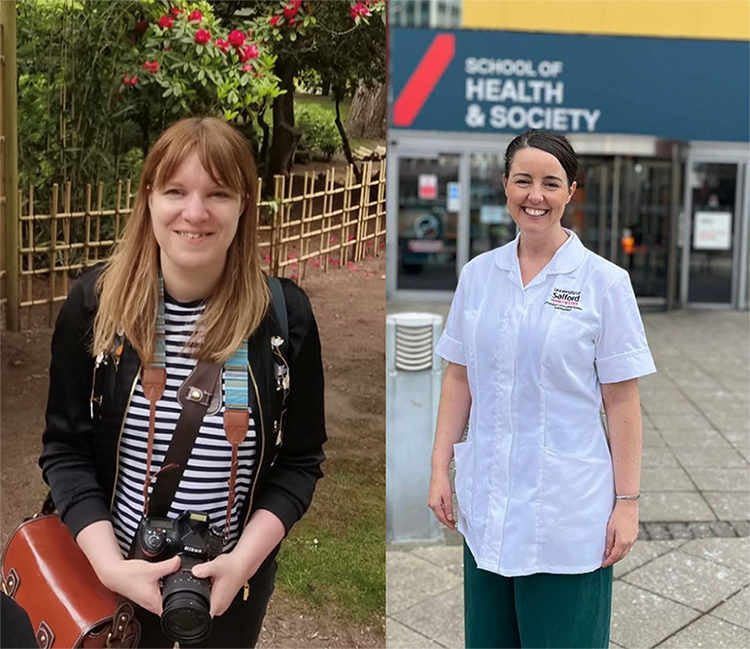