Salford graduate and Paralympic athlete Hannah Russell has received her OBE from Prince Charles in a ceremony at Windsor Castle.

Hannah was appointed Officer of the Order of the British Empire (OBE) in the 2022 New Year Honours list, after she secured Gold and Bronze medals at the Tokyo 2020 Paralympic Games.

She said the occasion was, “Surreal, but amazing!”

Taking a break from her already intensive training schedule as the countdown to Paris 2024 begins, Hannah told us: “I’m delighted that my achievements defending my 100m backstroke title at the Tokyo Paralympic Games have been recognised in this way. To be awarded an OBE is an absolute honour. I would like to take this opportunity to thank my family, close friends and coaches at British Para-swimming for their continued support!”

Recalling the moment she found out she’d been nominated, she says: “I found out about the award back in November. I opened the letter with my immediate family, and (after celebrating with a glass of champagne!) we had to keep it a secret between my Mum, Dad, sister and I, until the official announcement on 31 December!”

Hannah was previously awarded an MBE back in 2017, and tells us the honours system is incredibly special to her. “To receive an OBE is very special, I was awarded the honour in recognition of defending my Paralympic Title in Tokyo; one of only three athletes to defend a title in British Swimming! I dedicate my honour to my family, who have been on the rollercoaster journey with me towards the Tokyo 2020 games!

“All my family and close friends have been so proud of my achievements in Tokyo. Even more so the resilience I displayed throughout a challenging year throughout the pandemic; and prior to this, my comeback after 2019.”

Hannah’s achievements come after taking some time away from the sport, where she completed a BSc in Sports Science at the University of Salford, achieving First Class Honours.
“I took a break from competing in 2019; I was diagnosed with depression and anxiety, and it was important to focus on my own mental health and well-being. To come back from this to defend my Paralympic Title is incredible. As a little girl, this is something I had dreamt about.

“If I had one message to give to people, it would be to never give up on your dreams. Life can throw curve balls; you learn from setbacks; it’s how you bounce back which is important.”
Hannah previously competed in both the London 2012 and Rio 2016 Paralympic Games, winning a silver and two bronze medals at London 2012, and a further two golds and a bronze at Rio.

Back in July 2021, before Hannah set off for Tokyo, we chatted to her about life at Salford, how she combined studying with training, and her hopes for the Tokyo Paralympic Games. You can find the full interview here. 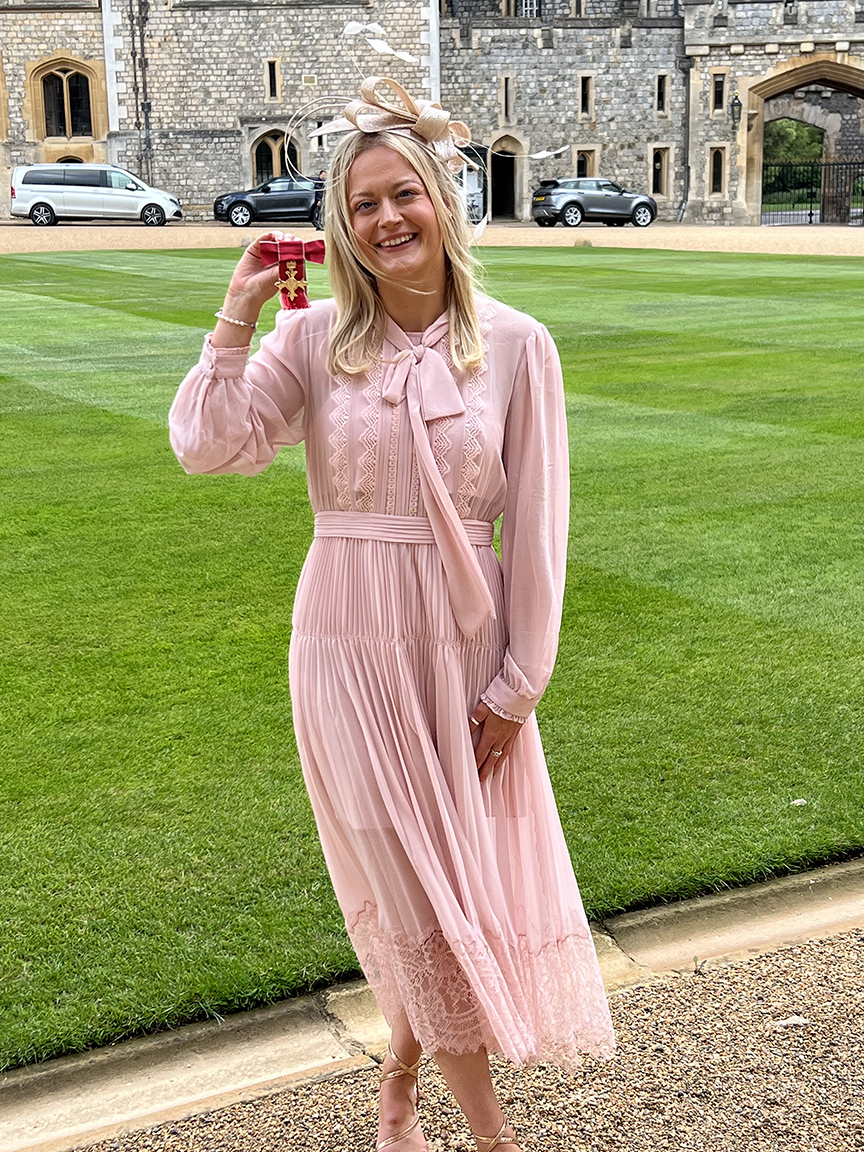