“I knew I wanted to be a nurse when I witnessed the care and skill of the nursing team looking after Sophia".

In January 2017, Melissa Camac, a second year Nursing student at the University of Salford was eagerly awaiting the birth of young Sophia when she decided to make an early and unexpected appearance. 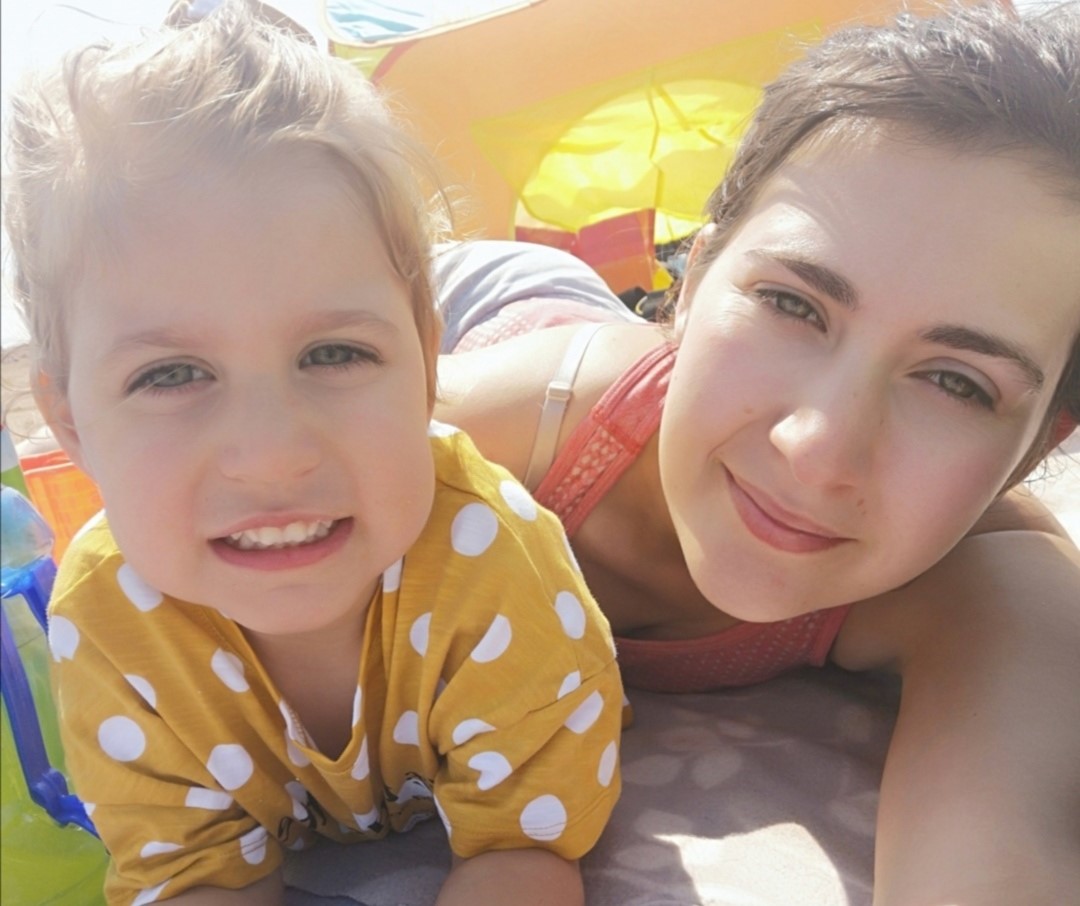 Melissa’s partner Andrew returned home from work to find heavily pregnant Melissa in so much pain they immediately called an ambulance. To Andrew and Melissa's shock it was decided over the phone that there would be no time to wait and they would have to deliver the baby themselves in their own home on the living room floor.

To add further surprise the birth took an astonishing and rare twist with Sophia being born inside the amniotic sac and Dad Andrew having to break through the membrane before Sophia could take her first breath.

Melissa said: “I was very scared, but it happened so quickly. I knew the baby was coming and had half joked he would have to deliver her".

A birth of this nature is an unusual occurrence that happens only once in every 80,000 births.

One year on and this astonishing journey continued - in January 2018 shortly after Sophia’s first birthday Melissa and Andrew noticed she was dropping weight and as the months went by Sophia’s abdomen was becoming increasingly descended causing Sophia to become inconsolable.

She explained: “It seemed that her personality had changed from a smiley and cheerful baby to one that was in pain and I did not know why".

Melissa was advised that little Sophia was suffering with constipation before becoming very unwell in March 2018.

Melissa immediately took Sophia to A&E at Salford Royal Hospital where she was treated for her symptoms, though it was not clear what was causing the problems, the likelihood was her liver.

The family were then quickly transferred to ward 84 at Royal Manchester Children's Hospital where Sophia would be under the care of the oncology team whilst her blood cultures and lymph node biopsy returned.

Melissa continued: “The medical team looking after Sophia began to increase as time went by, including an oncologist, hematologist, gastrologist, immunologist, and consultants of metabolic medicine. Many tests were completed; however, no definite diagnosis was given”.

Due to the lack of diagnosis the family were transferred to Leeds General Infirmary which specialises in liver problems with a laboratory in London finally diagnosing Sophia’s problem from a urine sample, a bile acid synthesis disorder and hepatosplenomegaly with portal hypertension and varicies.

This however was not where the worry ended, and to add a further twist to the situation the treatment Sophia required was not currently funded by the NHS, and at £3,000 per weeks’ worth of treatment the family were relieved to hear it had been put forward and passed for funding.

She added: “Sophia is now 4 years old and very well. We are very proud of how much she has overcome. Her liver is damaged, and it is unknown if a liver transplant would be required when she's older, but she is doing amazingly well.

“I knew I wanted to be a nurse, when I witnessed the care, compassion and skill of the nursing team looking after Sophia, especially at the beginning when I did not know what to do. The nurses were selfless, professional and gave their all to ensure that our needs were taken care of”.

Inspired by her experiences Melissa decided to return to education at the age of 25, completing an access to nursing at higher education course achieving 45 distinctions, before starting a degree in children and young people’s nursing at the University. Melissa is now a second-year student and health care assistant in the NHS.

Melissa finished by saying: “It is an honour and a privilege to work alongside the expertise and kindness of the amazing nurses. It is challenging balancing being a student nurse, with academic work, placements, and life commitments, though I have received ongoing support from family, friends and the University, and I am so glad I accepted the offer to study here.

“I hope to qualify as a registered nurse in 2022 and my goal is that the children and families in my care and practice feel as safe and listened to as I felt when my child was sick, and I am 100% committed to developing my practice personally, academically and professionally”.