Former student Lindsey Dawson, who completed her diploma in Adult Nursing at the University of Salford in 1999, is set to become an honorary lecturer. 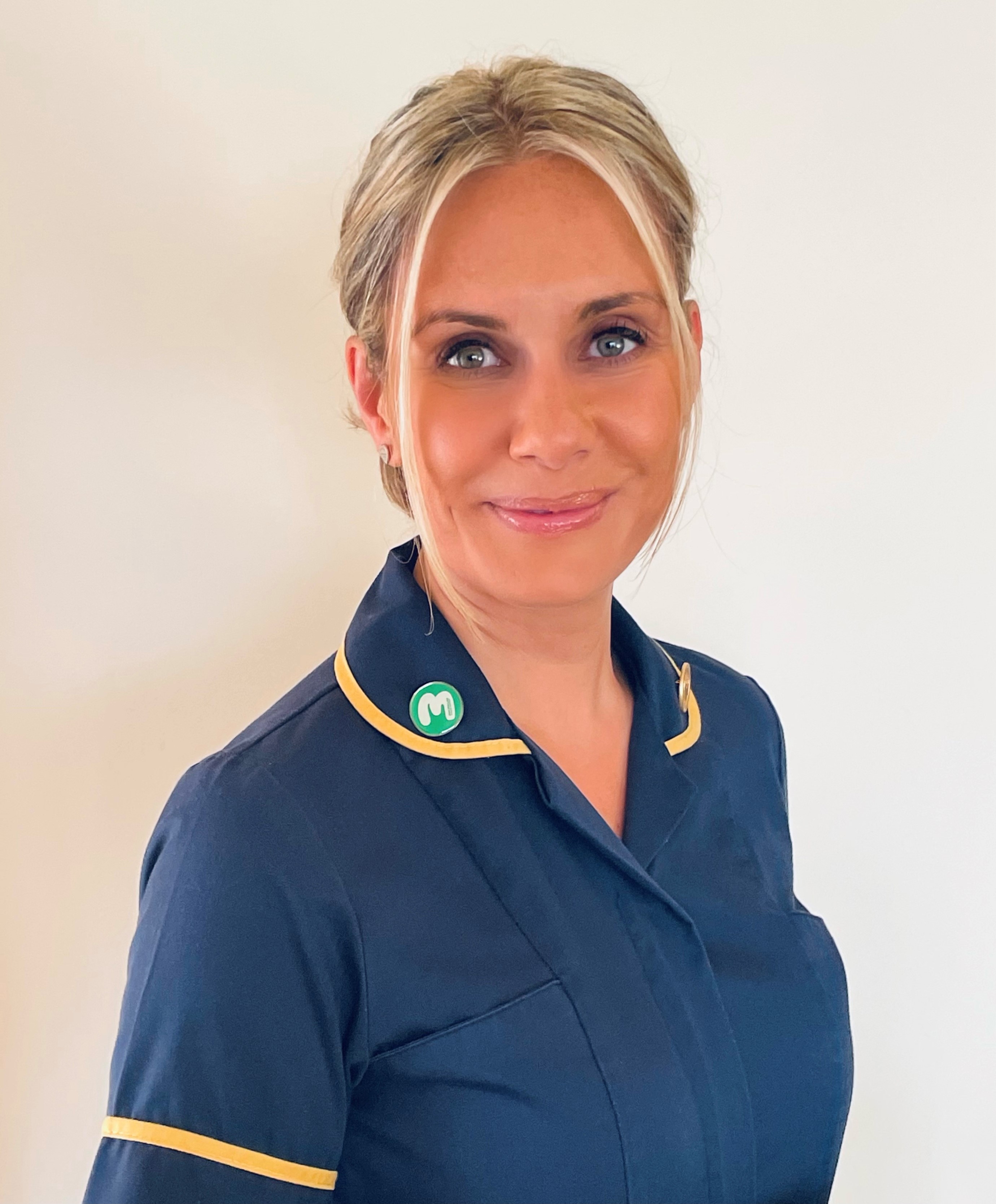 In September this year, she became Associate Director of Nursing for Cancer at Stockport NHS Foundation Trust.

Let’s take a look back at Lindsey’s 22-year nursing career so far.

Lindsey started her adult nursing diploma in 1996; Salford had always been her first choice.

“It had a fantastic reputation for nursing and it also meant that my placements would be at my local hospital,” she said.

After completing her diploma in October 1999, she landed her first job as a qualified nurse at the Royal Oldham Hospital. She worked on a general medical ward and within nine months she was promoted to senior staff nurse on the haematology unit.

She also returned to Salford to begin her teaching and assessing practice, followed by a diabetes module.

Just 18 months after qualifying, she was offered a six-month secondment opportunity as a nursing sister, which saw her help set up the discharge co-ordination service at the hospital.

“This was a vital service and something I enjoyed doing. But I knew I wanted to be with patients on a ward nursing them,” Lindsey explained.

Following her passion for cancer care, she went on to become the ward sister on the haematology unit, while studying part-time to complete her BSc (Hons) in Cancer Care at the University of Leeds.

She spent the next eight years of her career on the unit, developing and centralising haematology services as four hospitals merged into one trust.

“While the hospital trust delivered chemotherapy services for haematological cancers, solid tumours cancers had to be treated at the tertiary cancer centre some 25 miles away,” Lindsey said.

So in 2008, a new role was developed and advertised; a Macmillan chemotherapy clinical nurse specialist. The role would be a 50% clinical to management split and its purpose was to develop a solid tumour chemotherapy service locally, while still being under the expert medical care of the oncologists at the cancer centre.

“I was appointed to the job at the end of 2008, and delivered approximately 400 local treatments for breast and colorectal cancers in the first 12 months,” Lindsey explained.

Over the next 10 years, she developed the service with the addition of 5 staff. In 2020/21, the specialist nursing team delivered over 4000 treatments for solid tumour cancers locally.

“Chemotherapy treatments were for both curative and palliative intent, right up to the terminal phase of their disease,” she explained.

Lindsey also went on to study for a Master’s in Advanced Practice and a non-medical prescribing qualification. This allowed three quarters of the service to be delivered via a non-medical model - something that is now wanted to be rolled out across the Cancer Alliance.  Lindsey became the lead nurse, nurse clinician and clinical lead for the service across her trust.

Lindsey’s passion, dedication and drive to provide the best possible cancer treatment services locally has improved the quality and patient experience, so much so that the service has been awarded the prestigious Christie Quality mark.

She has now begun her new role as Associate Director of Nursing for Cancer at Stockport NHS Foundation Trust and will become an Honorary Lecturer at the University of Salford.

She said: “I have always seen nursing as my vocation, but it’s also a profession I am immensely proud of.

“It’s the most rewarding job where we get to make a difference every day. I am extremely passionate about helping shape the next generation of nurses and working with the University of Salford will give me the opportunity to do this.”