The University of Salford has recognised the outstanding contribution Baroness Beverley Hughes has made to public life with an honorary degree today. 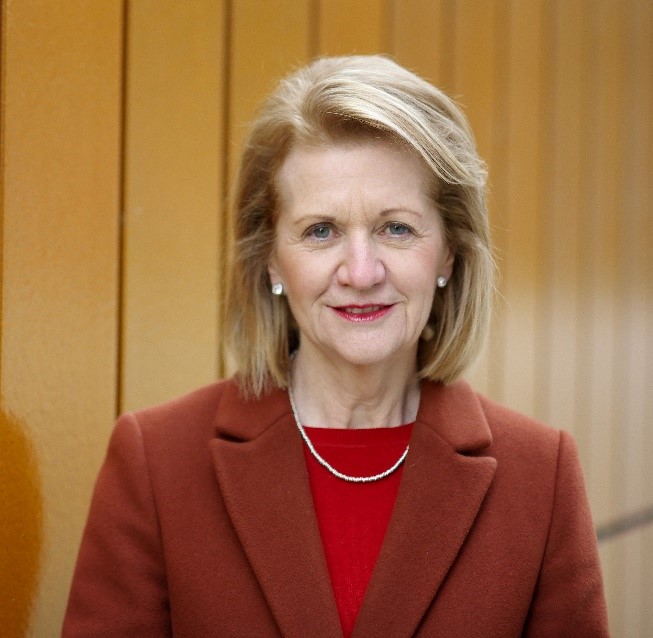 Beverley is currently Deputy Mayor of Greater Manchester with responsibility for policing, crime, criminal justice and fire. Just a few weeks into her appointment, Manchester was rocked by a deadly terrorist attack. Beverley worked alongside newly elected Mayor Andy Burnham to provide, victims, our blue light services and the wider city region with the support and leadership needed in the days and weeks that followed.

More recently, she worked to help co-ordinate the response to the Saddleworth Moor fires which raged for three weeks and saw officers from Greater Manchester Fire and Rescue work around the clock, along with the Armed Forces and local community to bring the situation under control.

Prior to that she served as Leader of Trafford Metropolitan Council, the first female leader of a Council in Greater Manchester.

Throughout her career Beverley has focussed on gender inequality, diversity, equal opportunities, children and young people – and has been credited with making a real and lasting difference to those agendas. During her time as a government minister, she led on the development and opening of 3,000 Sure Start centres across the UK – a policy which has had a positive and lasting legacy in many communities.

Her connection to academia is also long-standing, not only has she served as Chair of Council at the University of Salford, but prior to becoming an MP Beverley had a successful academic career as a senior lecturer and head of department at the University of Manchester.

She said: “It is an honour to receive this recognition from the University of Salford. I have worked closely with the university over a number of years and it is wonderful to be back here today to accept an honorary doctorate.

“I have always worked to champion education and equal opportunities for all, and the University of Salford is leading the work to drive greater social mobility in our region, transforming lives and enabling people to realise their full potential. To receive this acknowledgement of my work from an institution which embodies so many of my own personal values and my own personal journey is something quite special indeed.”