The University of Salford has recognised the outstanding contribution of Roger Spencer, chief executive of The Christie, with an honorary degree. 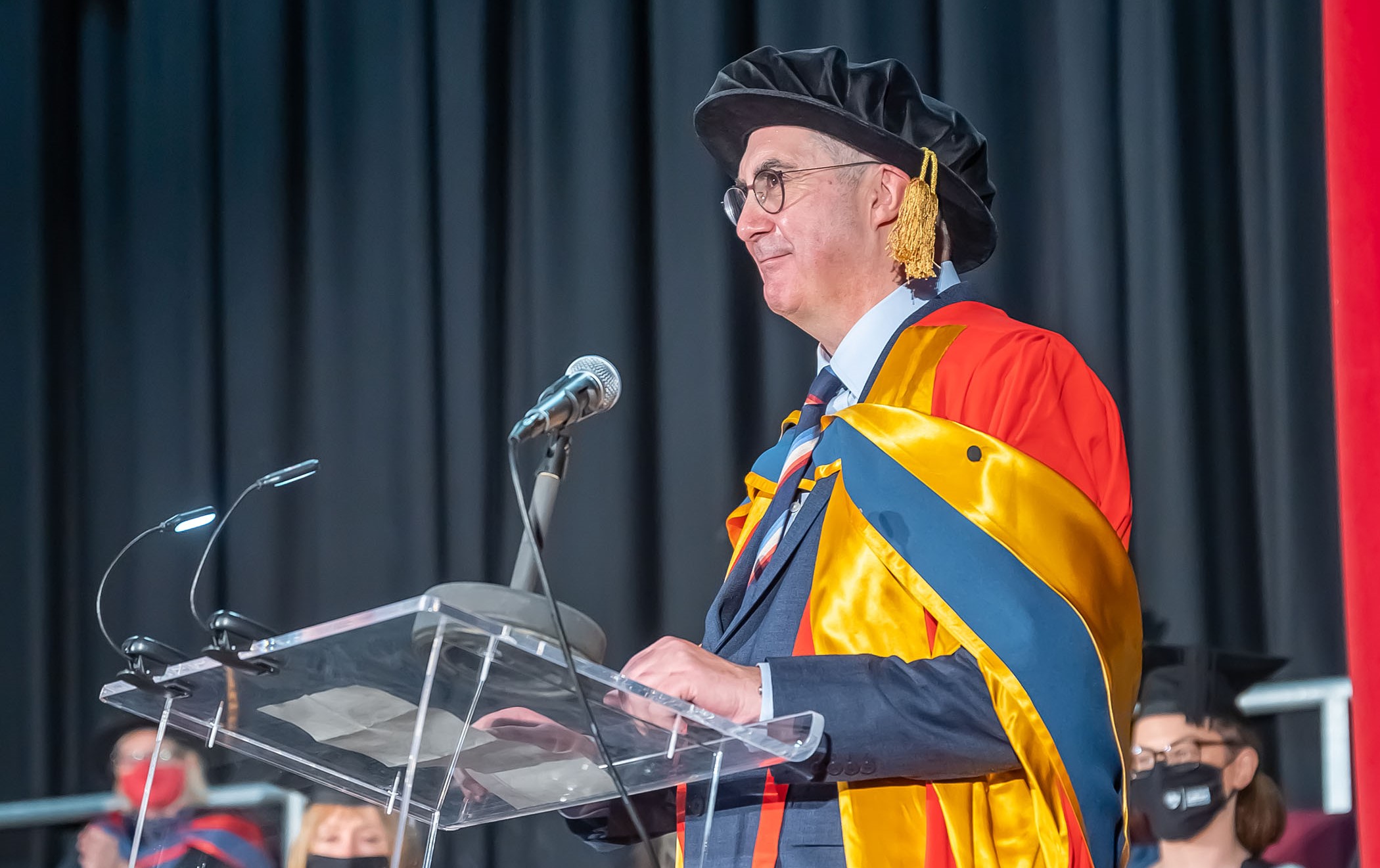 The Christie is Europe’s largest single site cancer centre and Roger has been its chief executive since December 2013.

He has managed significant service developments including building several networked radiotherapy and chemotherapy centres across Greater Manchester and Cheshire, transforming the delivery of specialist cancer services for patients.

Together with his MBA from the University of Salford, Roger is a Registered Nurse and holds an honours degree in Nursing Studies. He was awarded a Doctor of Science in a ceremony at the university on Friday.

On receiving his honorary degree alongside graduates from the university’s School of Health and Society, Roger said: “I'm incredibly honoured to be given this award and indeed to be here today to celebrate all your achievements with you. As an alumnus of the university myself, I remember very well the hard work and effort that was needed to achieve success, as well as the support of the university, my fellow students and family and friends.”

Professor Margaret Rowe, Dean of the School of Health and Society, who presented Roger with his honorary degree, said: “We are delighted to recognise Roger’s work with this honorary award today. As an alumnus of the University of Salford, we are exceptionally proud of Roger’s achievements.

“Having started his career as a nurse, Roger’s inspirational talent and commitment has led him to become CEO of The Christie, a hospital which is leading the way internationally in cancer care.

“Cancer is sadly something that many of us will be affected by in some way during our lives, and The Christie is an invaluable resource, helping more and more people survive through their excellence in treatment and pioneering research.”