Find out more about the London plane tree below. 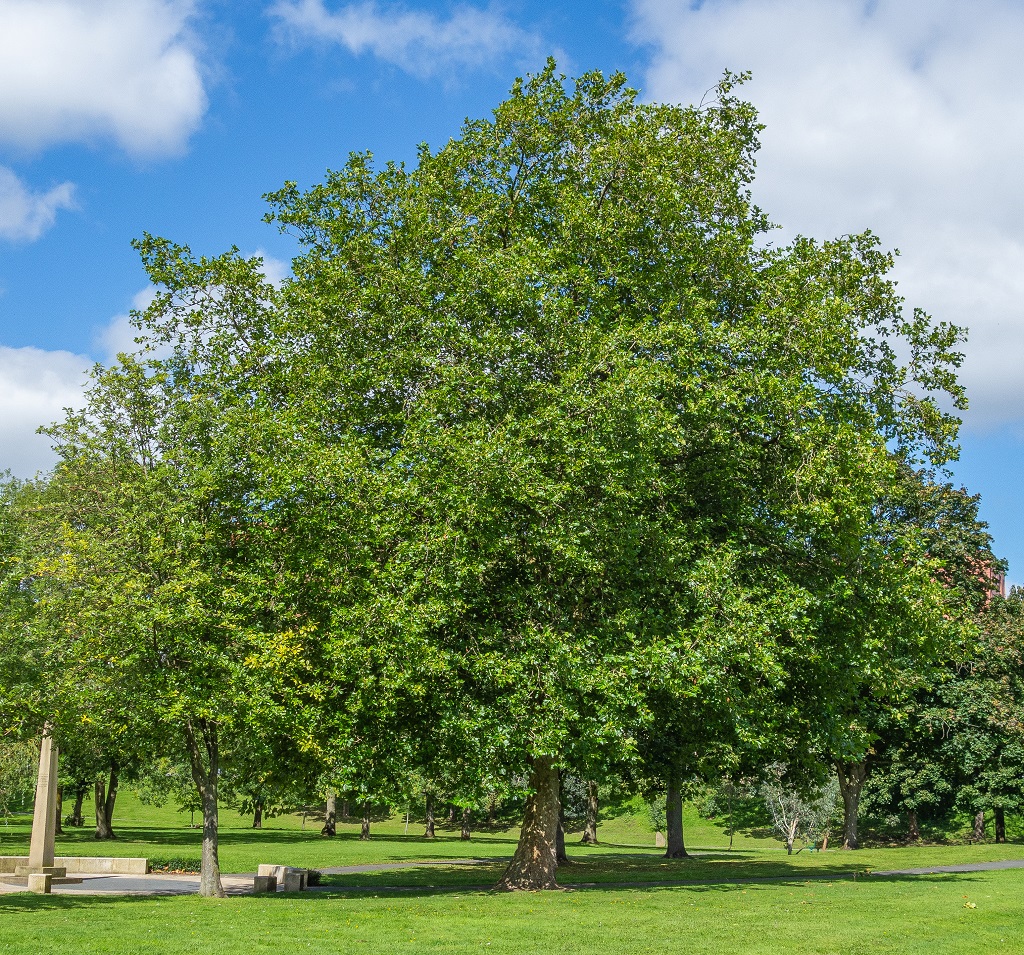 London plane trees are resistant to pollution and are the most common tree in the capital. They are a hybrid between the American sycamore and oriental plane which were both introduced to Britain. They have unique fruits made up of a dense cluster of seeds formed in a sphere; the seeds have stiff hairs to aid wind dispersal so the spheres appear spiky. Their bark often forms a camouflage-like pattern.