One of the principles of the University Industry Collaboration Strategy is to ‘promote sustainability and social responsibility’. We take a broad definition of ‘industry’ and when we refer to industry partnerships and collaboration this includes work with private, public and third sector organisations of all sizes. From our inception, we have been committed to providing real world solutions to tomorrows challenges and the application of our research through partnership working and our current Research & Knowledge Exchange Strategy continues this tradition. You can read more about our social impact.

We’ve always played a major role in improving the lives of our local communities, and today we take this challenge more seriously than ever. Our research is focused on meeting the four grand challenges of the Industrial Strategy: Data and AI; Clean Growth; Future of Mobility; and Ageing Society.

We have the ability to contribute to all the Global Goals through our research.

We aim to ‘practice what we preach’ by using our campus as a Living Laboratory.

We are already partners in a multi-million pound European contract for a project to develop 'green' resilience to extreme climate hazards. Through the IGNITION project backed by £4 million from the EU’s Urban Innovation Actions initiative, the University of Salford hosts a ‘living laboratory’ for urban green infrastructure including roofs, walls and gardens. The project is led by Greater Manchester Combined Authority and supported by 11 partners, including the Environment Agency, and comes in response to increasing flooding, heat hazards and worsening air quality. 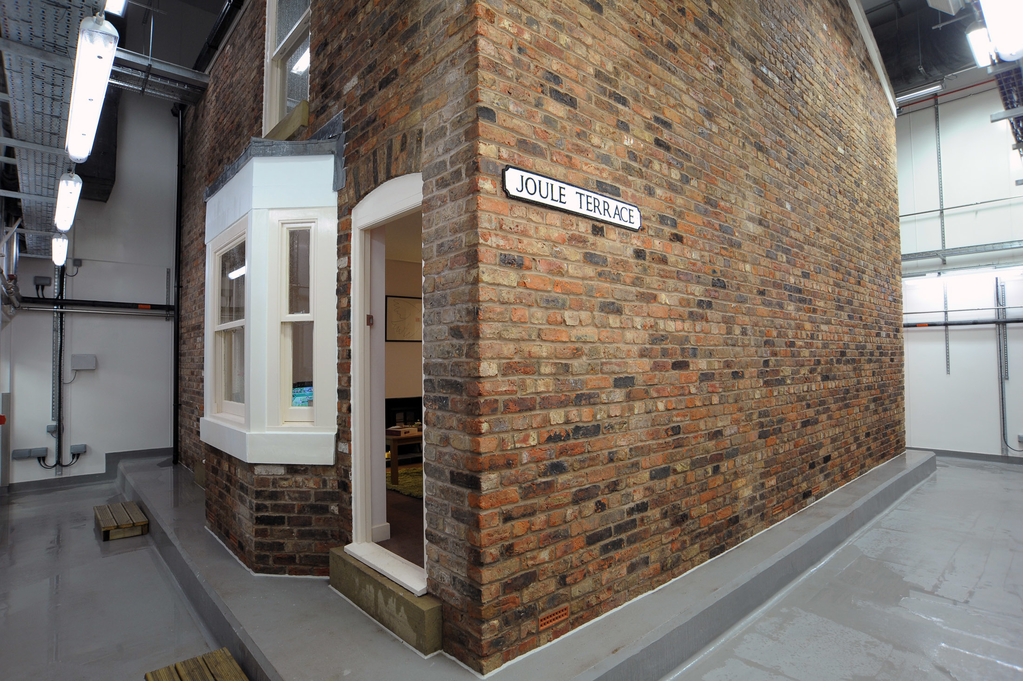 Our Applied Buildings and Energy Research Group (ABERG) is focused on establishing an evidence base to better understand and address the issues of energy consumption in buildings. The team covers a wide range of disciplines including building performance, electrical engineering, construction management, design and social sciences. ABERG is also the home of the unique Salford Energy House, a full sized two-bedroom terraced house built inside an environmental chamber that can replicate almost any weather conditions.

The build and commissioning of Energy House 2.0 was completed in February 2022 and is the largest test and research facility of its type. Within Energy House 2.0 there are two environmental chambers each able to accommodate two detached houses and under controlled conditions, recreate a wide variety of weather conditions with temperatures ranging between -20˚C to +40˚C and simulated wind, rain, snow and solar radiation. This unique facility will play a key role in accelerating the progress towards low carbon and net zero housing design and builds upon the success of the original Energy House Laboratory, which was opened in 2012. 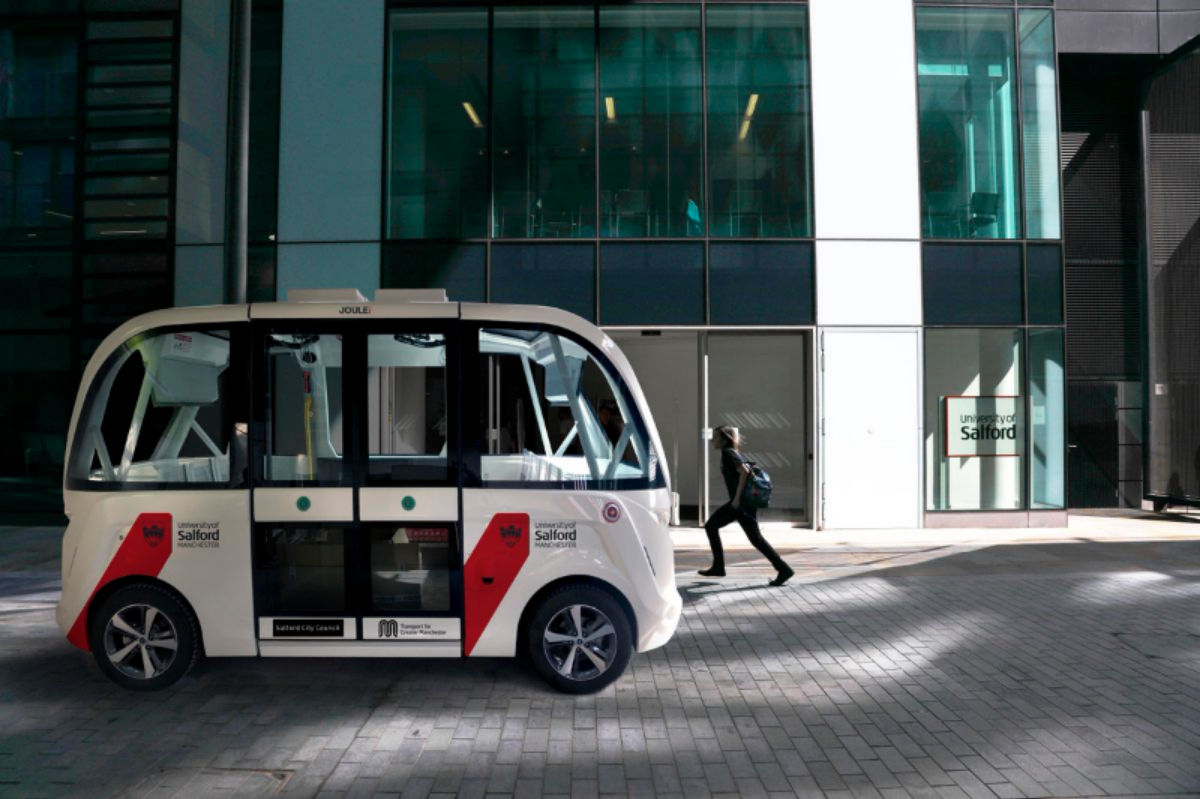 Electric, connected, driverless vehicles are arriving to revolutionise our mobility. Few objects shaped the 20th Century like the mass-produced car. Yet, as more people migrate to cities, artificial intelligence connects our world and sustainability becomes a priority, the 21st Century is ready for something new. Building on our pioneering research in vehicle-to-grid technology, AI and robotics, now we’re building a UK centre of excellence for next-generation vehicles, featuring our own NAVYA autonomous shuttle vehicle. The University research teams are also partners on Project Synergy which will introduce innovative technologies to operate connected autonomous cars in a platoon formation from Stockport railway station directly to the Arrivals terminal at Manchester Airport 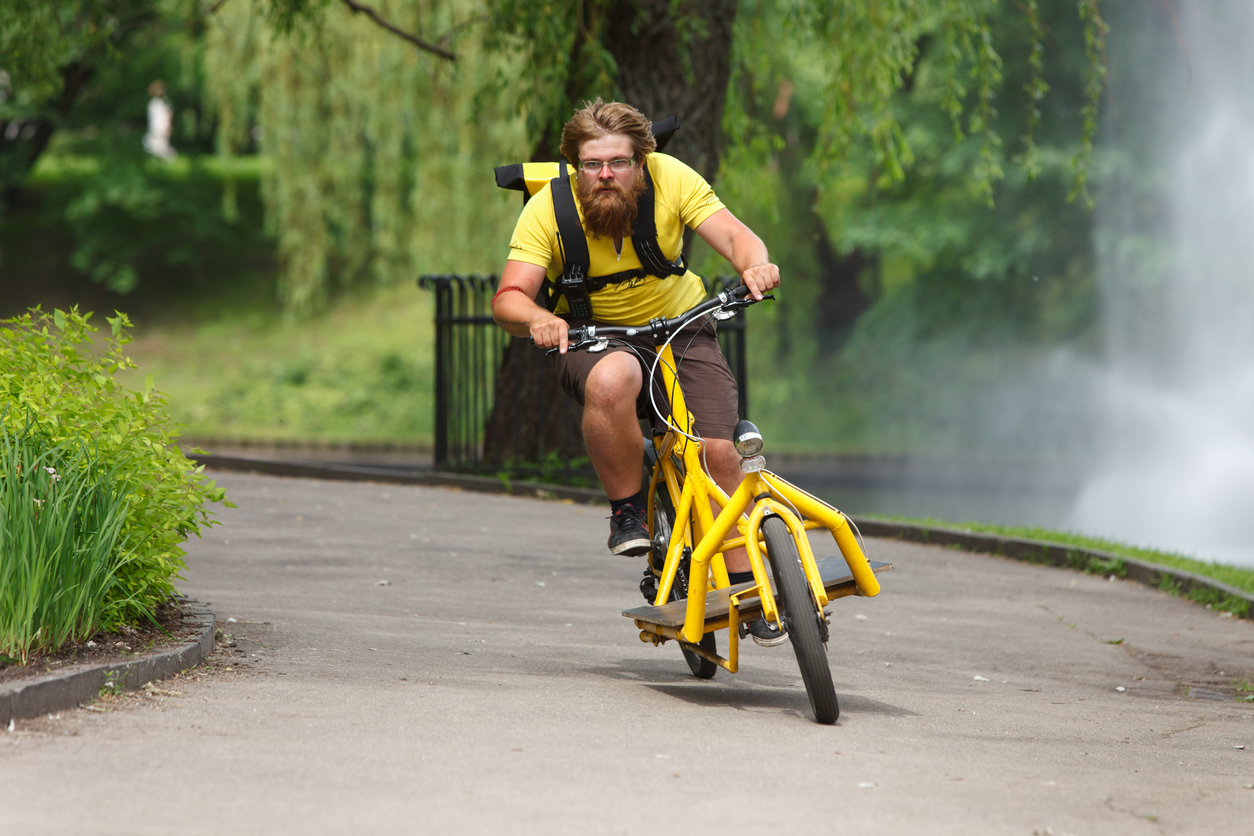 You can find out more about the work of Healthy Active Cities.