Our Alumni Achievement Awards are presented to former students who have achieved distinction in their profession. We love to hear about graduates who have provided exemplary service to the University or the wider community, as well as those who have achieved greatness in the arts, charities or business sectors. We also know that not all achievements are made at work. If you know of a Salford graduate who has overcome the odds in their personal life, or has made an humanitarian contribution, please let us know.

Each year we also present Rising Star Awards, to celebrate our upcoming alumni talent – those who have achieved amazing things in the short time since they graduated and whom we believe are on their way to reaching ever greater success.

The awards are open to all alumni from the University of Salford and all of our predecessor institutions. We particularly welcome female applicants and those from an ethnic minority, as in the past they have been under-represented.

Nominations are now closed. Thank you to all who nominated. We will be in touch in due course regarding your nomination.

Read about our exceptional Alumni Achievement Award Winners and Rising Stars from 2019. 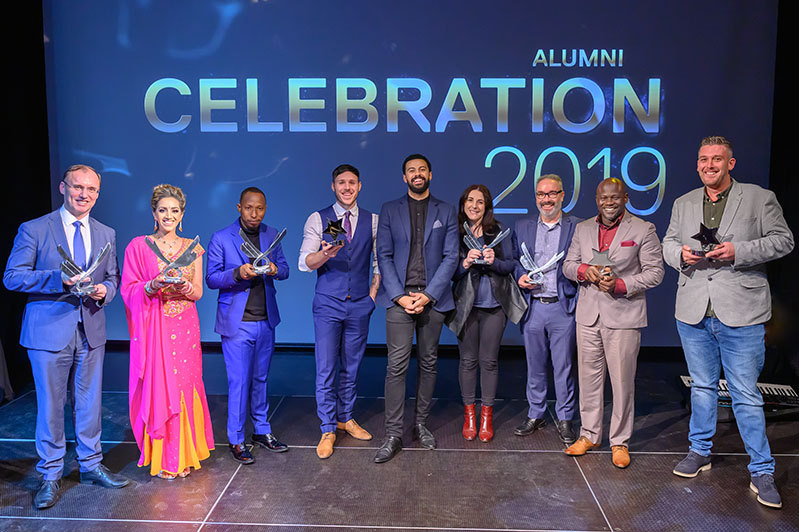 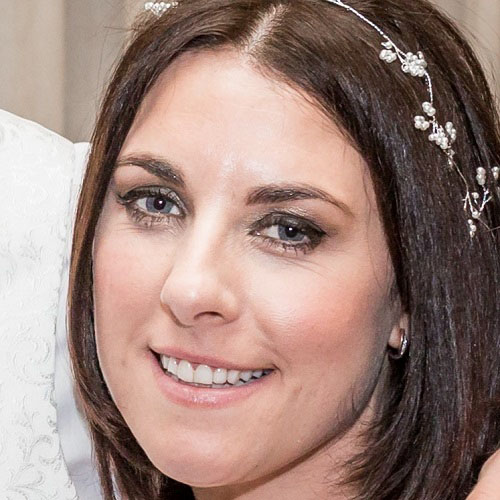 Alexandra has been awarded in recognition of her social innovation in developing the ‘Chatty Café’ scheme – encouraging cafés to dedicate a table where customers can sit if they are happy to chat to other people. The scheme aims to tackle loneliness by bringing people of all ages together for a chat over a cuppa.

Since launching in 2017 nearly 1,000 cafés have signed up across the UK, including branches of Sainsburys and Costa Coffee, and even reaching as far as Gibraltar, Australia and Florida. Impressively, the  scheme recently won the national Innovating for Ageing award - beating 75 entrants and four finalists to the £7,500 prize.

In support of Alex’s scheme, the University’s catering provider, Salfood has also joined the other Chatty Cafés with their first ‘Chatter and Natter’ table opening in the Allerton café this Autumn.

The achievement she is most proud of:

“At 30 I returned from living in Australia to study a masters in social work– I had dreamed of doing this for years, but it had never seemed the right time. But while studying I found out I was pregnant, putting my social work career on hold – and I had to watch all my friends go and get jobs. Now I am absolutely over the moon to say I have just been offered a permanent social work position. So, my greatest achievement is that considering the chaos of my twenties - worrying I would never have a career – I now have a job I love and am very proud to do.” 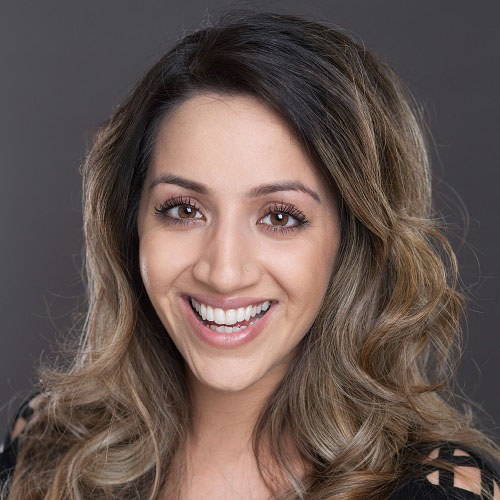 Ria’s award recognises her work in breaking down social barriers through dance. Having founded Ri Ri’s Dance Academy shortly after graduating from Salford in 2011, today the Academy works with charities and disadvantaged groups – as well as offering a professional platform to newly emerging artists.

Ria also mentors women who are hoping to pursue a career in the arts, and over 90% of dancers recruited at the Academy are women from diverse backgrounds.

The achievement she is most proud of: “Breaking the Bollywood Guinness World Record for the most people dancing to Bollywood songs simultaneously. I choreographed the routine, taught this live and Ri Ri’s Dance Academy’s dancers also performed on stage with me.”

Craig was nominated for his work as an internationally renowned and award-winning photographer – and specifically for his work on the ‘SIXTEEN’ project, giving a voice to a group of sixteen-year-old participants through exploring their dreams, ambitions, hopes and fears for their future.

Best known for his dramatic landscape work and his intimate portraits of real lives, Craig’s early career was defined by his work as a photographer for the Independent newspaper in London and he has since gone on to win numerous awards for both his commissioned work and personal projects.

Proudest achievement: “Career wise, by far the most gratifying is when I get feedback from people about how my pictures have changed perceptions or have shone a bit of light on something important. The SIXTEEN project is part of that – a nationwide project that listens to young people and examines notions of social mobility and meritocracy.” 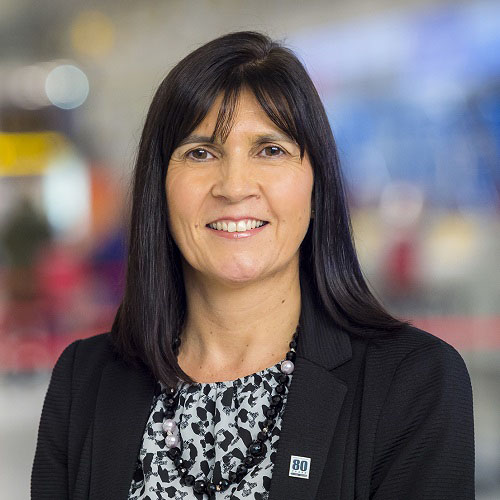 Tricia has been awarded in recognition of her extraordinary career and dedication to supporting inclusivity and equal opportunities in the workplace – as well as her continued support of Salford, and to current students.

As Chief Operating Officer for Manchester Airport, Tricia is responsible for the operational performance of the airport - the third largest airport in the UK and the global gateway in the North.

She is hugely motivated by people, with gender balance and inclusivity being incredibly important to her, both personally and professionally.  As a major employer, Tricia feels that it is important for the business to use their position and influence to push for equality and diversity, contributing to the  acceleration of gender diversity across all industries and businesses. 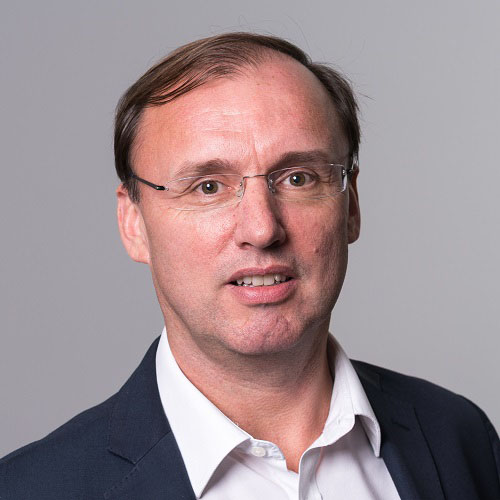 Jim’s award recognises his extraordinary achievements in the field of transport, and his outstanding contribution to the development of innovative and environmentally friendly solutions.

After graduating from Salford in 1989 with a first-class degree in electrical & electronic engineering, Jim went on to transform Leyland Trucks as the youngest Managing Director in the organisation’s history - saving 1000’s of jobs at the challenged British manufacturer and turning the business into the long-term success story it remains today. His work was recognised in 2009 when he won the Queen’s Award for export in 2009.

In the same year, Jim also personally launched the government’s Green Bus initiative on the steps of Downing Street  – later winning a prestigious innovation award for the UK’s first operational battery-powered electric bus which has subsequently transformed the industry.

Throughout his career, Jim has also remained hugely passionate about people, tirelessly working for the benefit of his employees and creating and protecting well over 10,000 jobs in the process.

Proudest achievement: “I would probably say advising the government during the 2008 financial crisis as the lead representative of the commercial vehicle industry - at the time I was Managing Director of Leyland Trucks.” 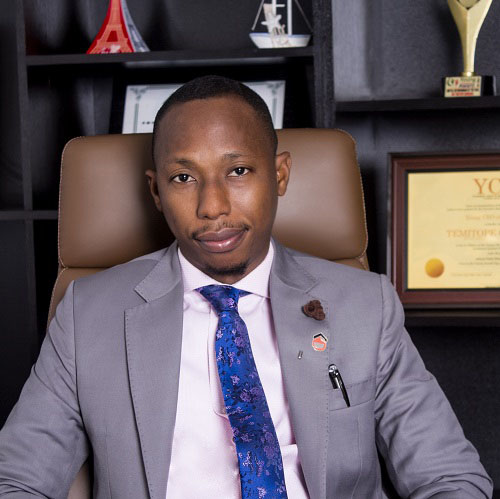 Temitope has been nominated for his entrepreneurial spirit, courage and innovation in developing a business which truly focuses on the future – as well as his work to mentor the next generation of young entrepreneurs.

Having graduated from Salford with a master’s in information systems, Temitope is now Managing Director of Krystal Digital Network Solutions Limited in Nigeria, a fast-growing ed-tech company specialising in the development, research, deployment and creation of bespoke and service-oriented software applications.

He was listed by Forbes in April 2018 as one of the 30 Most Promising Young Entrepreneurs in Africa and recognised by the Confederation of African Youth as one of the 100 Most Influential Young People in West Africa.

Celebrating our upcoming alumni talent – those who have achieved amazing things since graduating and whom we believe are on their way to reaching ever greater success. 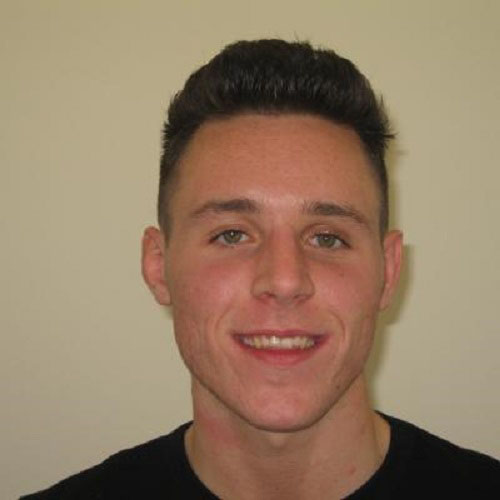 Ben founded Empower You, a business devoted to creating spaces and communities in which disabled people can be physically active.

Proudest achievement: “There’s been a few. Winning Salford’s Citizen of the Year for doing something I love was a real highlight. Also gaining funding to develop Empower You and the business being nationally recognised and shortlisted for multiple innovation and health awards.”

Greg Walker is Founder and Director of Pilot Light TV Festival, a Manchester based television and film extravaganza. Now in its fourth year, the festival is dedicated to producing an inclusive, communal experience where fans and industry can come together to celebrate the past, present and future of television.

Lanfia is CEO of Etacell, a Liberian telecommunication and wireless broadband company. After graduating from Salford, he started the company in 2014 with just £30.

Lanifa’s advice to future graduates: “You have just started an endless journey of career development and professional maturity. It is endless because to be on top of your game, you have to continue to learn and build on your skills. This is the only way you continue to stand out.”

Tom is a Project Director at Wildlife Friends Foundation Thailand. The core of his day-to-day work is overseeing the rescue, rehabilitation and release of wild animals that have been rescued. His work on illegal wildlife trade investigations, particularly the trade in tigers, sees him working on undercover operations alongside Thai authorities to catch illegal wildlife traders.

Tom said: “My advice for recent graduates would be, if you want it work at it you will succeed. I graduated at the age of 29 so a little older than the average student on my course. Build your network of fellow wildlife conservationists, volunteer in the field that inspires you the most and never give up on the dream. I loved my time at Salford University, and owe a lot of my success to the guidance of my teachers.”