From Vogue to First Dates: The Salford Alumnus hitting the big time

When Salford alumnus David Marc graduated in 2015, he would have never guessed that he'd be featured in Vogue Magazine, or watching his designs strut down London's runways. He didn't think he'd be starring in the cast of First Dates Manchester - but here he is. 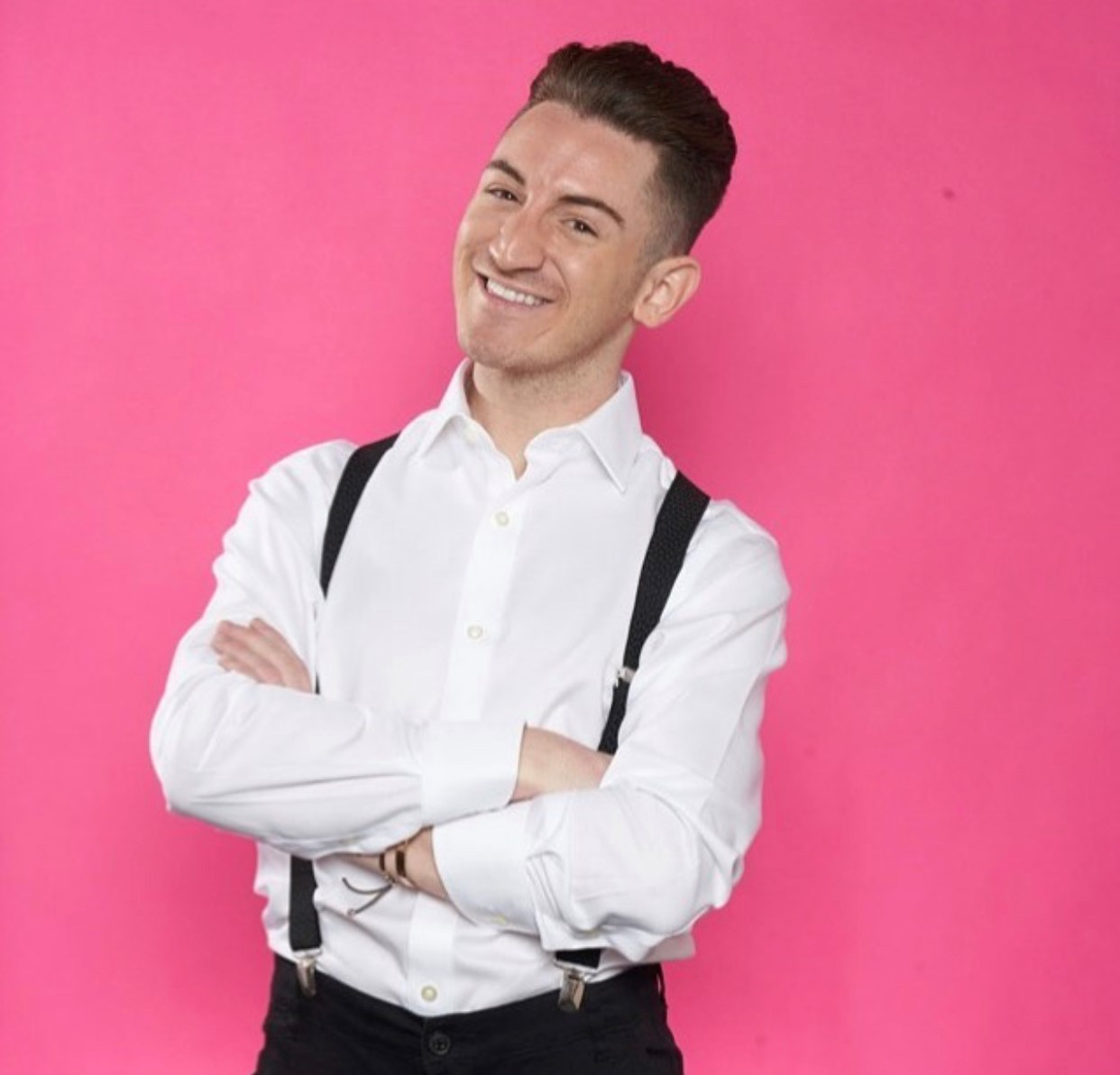 David, who studied a BA (Hons) in Fashion Design at the University of Salford got the job after he auditioned to be a contestant on the show, and the producers discovered his bubbly personality.

He said: “I had applied to be a date on the show, and I ended up having a meeting with the producers. I’ve done lots of hospitality jobs over the years, but I wasn’t even looking for a job at the time – it all just happened!”

The show started filming before the pandemic hit and has continued to shoot while following safety guidelines. He explained the process of filming the show during unprecedented times like these.

David said: “We started filming before Covid hit and continued to film with safety measures in place. Everyone was tested before they came into the restaurant, and if they had a positive result, they weren’t allowed in. Also, during filming, the restaurant was closed to the general public.”

Before the joining the show, David worked as a stylist, with some of the biggest names in fashion, among them are Vera Wang and Nicki Minaj. He also used to headhunt and recruit fashion designers and place them into high profile brands around London.

David recalls fondly the moment when he saw his designs stomping down the runway at London Graduate Fashion Week (LGFW) while at Salford, saying it’s an experience he’ll never forget.

“The main highlight of university for me was watching my collection come down the runway at London Graduate Fashion Week, nothing can beat that moment for me. To this day it’s the proudest moment of my life.”

After doing a fashion show at LGFW, British Vogue was impressed with his work, and decided to write a feature on him and his collection.

“They were at my fashion show, and they designated a full feature for me and my collection. It’s something I’ll never forget, I couldn’t believe it when I saw it.”

David gushed over his time at Salford, saying that his chockablock career wouldn’t be possible without what he learned while at university.

He said: “The course gave me so much, and the team there is amazing. Bashir, Sally, Paul and Gemma were all fantastic. Bashir especially is a phenomenal man, his knowledge of fashion and his teaching style are just unparalleled.”

He added: “They really guided me through the course so much. I started by wanting to do women’s wear, and after having some really intense fashion chats with Bashir, he guided me into a men’s and androgynous style.

“I really did have the best time there!”

Despite landing a role on the show, David still hasn’t met the perfect man like he'd hoped, but he remains positive.

He joked: “With everything that’s happened, I haven’t found my future husband yet, but I’m sure he’s out there somewhere!”

You can watch the show every Tuesday at 10pm, or catch up here on Channel 4