At the Living Wage Champion Awards last night, the Living Wage Foundation awarded the Salford Living Wage City Action Group (of which the University of Salford is an active member), the ‘Places Champion Award’. This recognises its success in increasing the number of accredited Living Wage employers in the city from 38 to 49 since its launch in 2019, despite the pandemic. That has boosted the number of jobs in the city which pay the accredited Living Wage from 9,433 to 12,146. Salford Community and Voluntary Service (CVS) was also recognised for using their funding and grant-making process to promote the real Living Wage in the voluntary, community and social enterprise sector, and Anchor Removals won the ‘Against All Odds’ award.

Salford’s aim is to:

Rob Bulman, Management Information Manager and University of Salford ‘Action Group’ representative said: “The University is proud to have played it’s part in the work that has been recognised by the award. The University has been an accredited Real Living Wage employer for 7 years, and one of a handful of universities in the country to be fully accredited. This means over 130 University employees benefit every year from higher rates of hourly pay, and over 600 Unitemps employees too. It is important we play an active part in supporting the city in its ambitions”.

City Mayor Paul Dennett said: “Winning three awards is welcome but the real credit goes to every Salford based organisation which recognises the value of paying the real Living Wage.

“It is especially heartening to see an increase given the difficulties businesses have faced over the last year but every organisation which pays the real Living Wage reports increased productivity and better staff retention because their employees feel valued, easier recruitment and a positive reaction from customers.

“It also puts money back into the local economy and allows people to live in dignity without worrying about making ends meet.”

You can find out more about the Salford Living Wage Action Plan in the short video below. 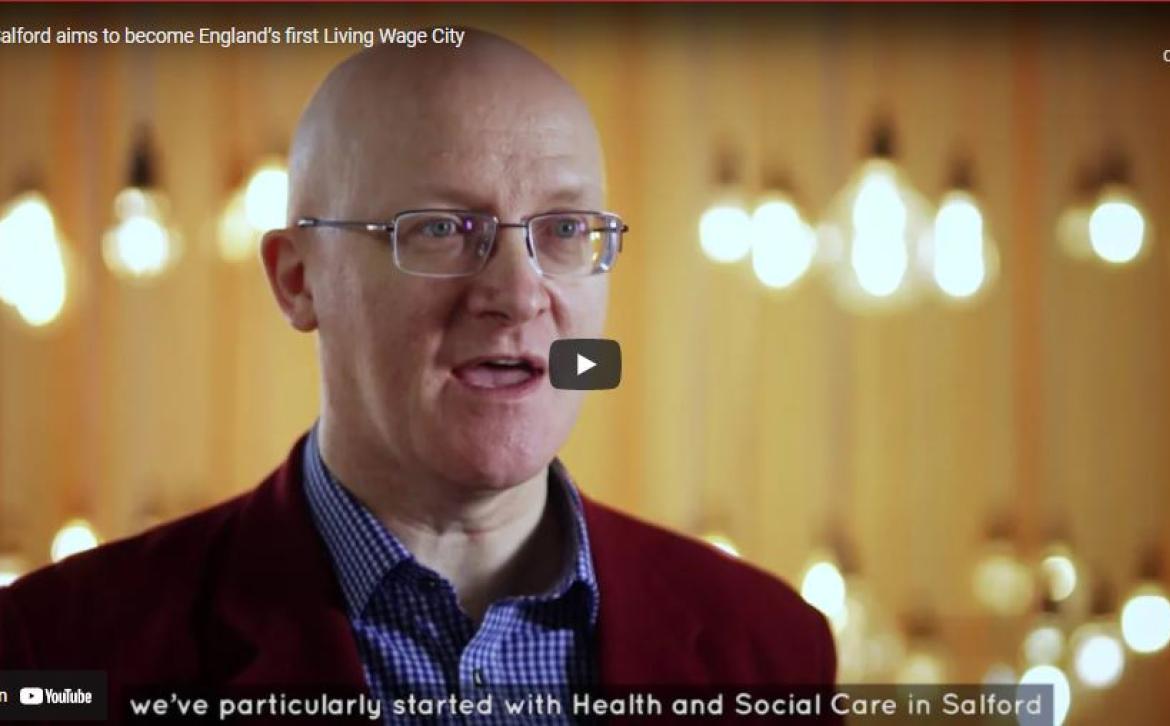 A new report has found that higher technical education is in decline in the UK and that...

The University of Salford names Lucy Meacock as next Ch...

She has been a familiar face in the living rooms of households across the North West for...