West End and Broadway musical theatre sound designer Gareth Owen has received an honorary degree from the University of Salford for his outstanding contribution to the field of musical arts. 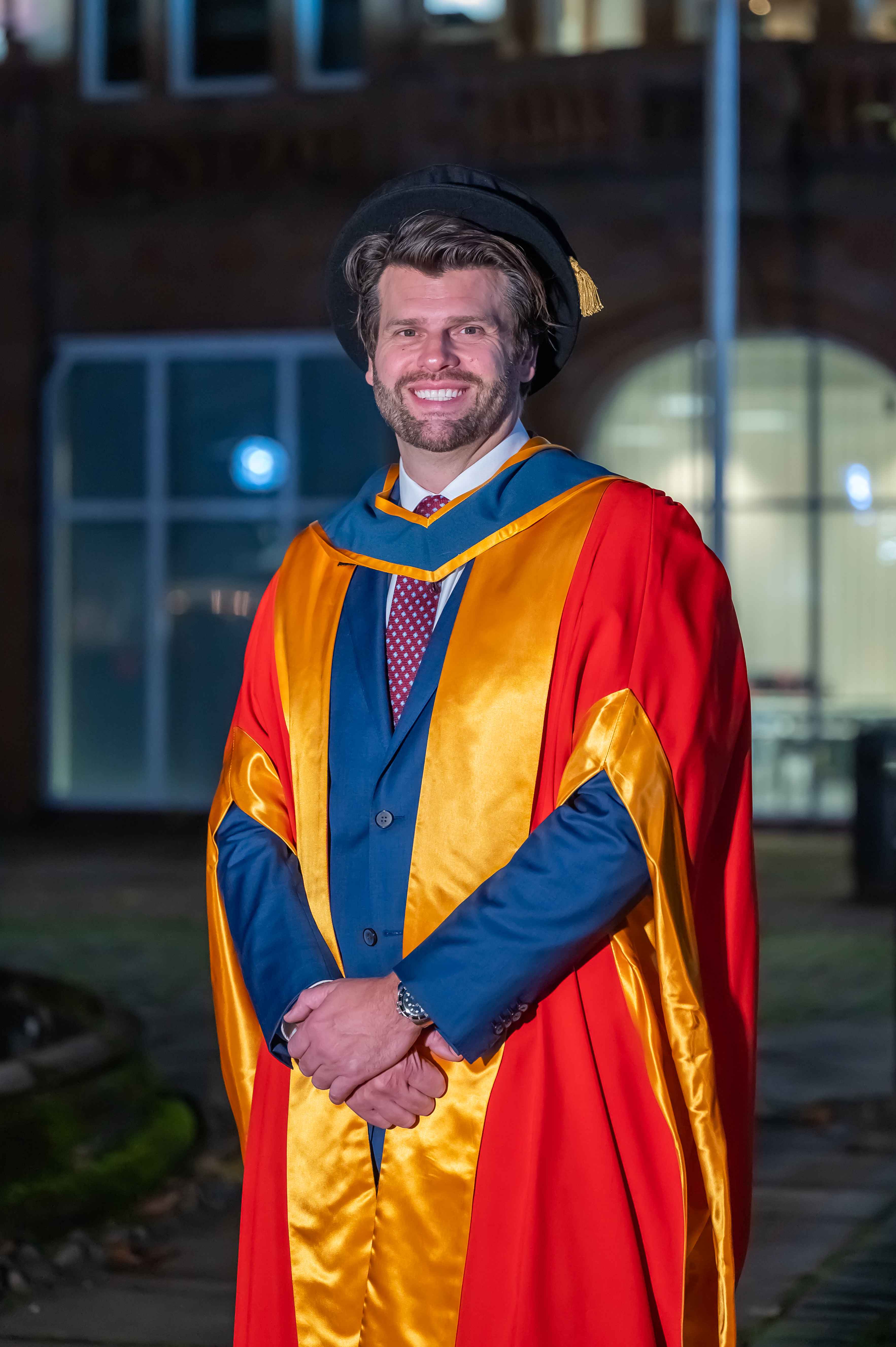 Gareth is an internationally-renowned Tony Award winner for his work on Broadway’s MJ the Musical and is also the recipient of Olivier Awards for the musicals Come from Away, Memphis and Merrily We Roll Along. He has worked across the UK, Europe, America and in other countries across the world on productions.

His resume also includes Back to the Future: The Musical, the Rocky Horror Picture Show, Cinderella, Joseph and the Amazing Technicolor Dreamcoat and has worked with the likes of musical theatre composer Andrew Lloyd Webber and Oscar-winning actor Robert De Niro.

On being told of the award, Gareth said: “I was in complete disbelief but it’s a huge honour and really big thing for my parents as well. I am very grateful to the people who helped me get where I am today.

“A lot of people took a lot of time out of their day to help me in my early career and I have always been very keen to return the favour whenever the opportunity arises.”

Alongside his work within the industry, Gareth has always been keen to help the University’s students on our BA Technical Theatre (Production and Design) programme.

He has offered them online lectures, masterclasses, Q&A sessions, and work experience while he is working on new shows.

Gareth, who is from Sheffield, added: “I feel like it’s my duty to return my skills to the next generation. I invite a lot of groups to the theatre to see the process to walk around backstage and look at what’s going on.

“I offer a lot of work experience, almost every show I will have someone there with me. One day they might be doing coffee runs and the next they might be helping create the show’s sound effects. We teach them about radio mics and key techniques that will allow them to get started in the industry.

Gareth’s relationship with the University was sparked by his interest in the ‘extremely well-renowned acoustic departments’ which he considers as one of the best in the country.

Addressing the graduation crowd on Wednesday, he gave the students a line of advice as they begin their careers.

“Take each and every opportunity that is presented to you, be positive, be brave and don’t waste energy pondering what might go wrong. There are very few things in life I regret saying yes to, it’s the things that I said no to that haunts me decades later.”

Over his career, he has won 21 awards for sound design including his three Olivier and one Tony Award.

Earlier on in his career, he also was a sound engineer and sound mixer for world-famous artists such as the Rolling Stones, One Direction, Bon Jovi and the Spice Girls.