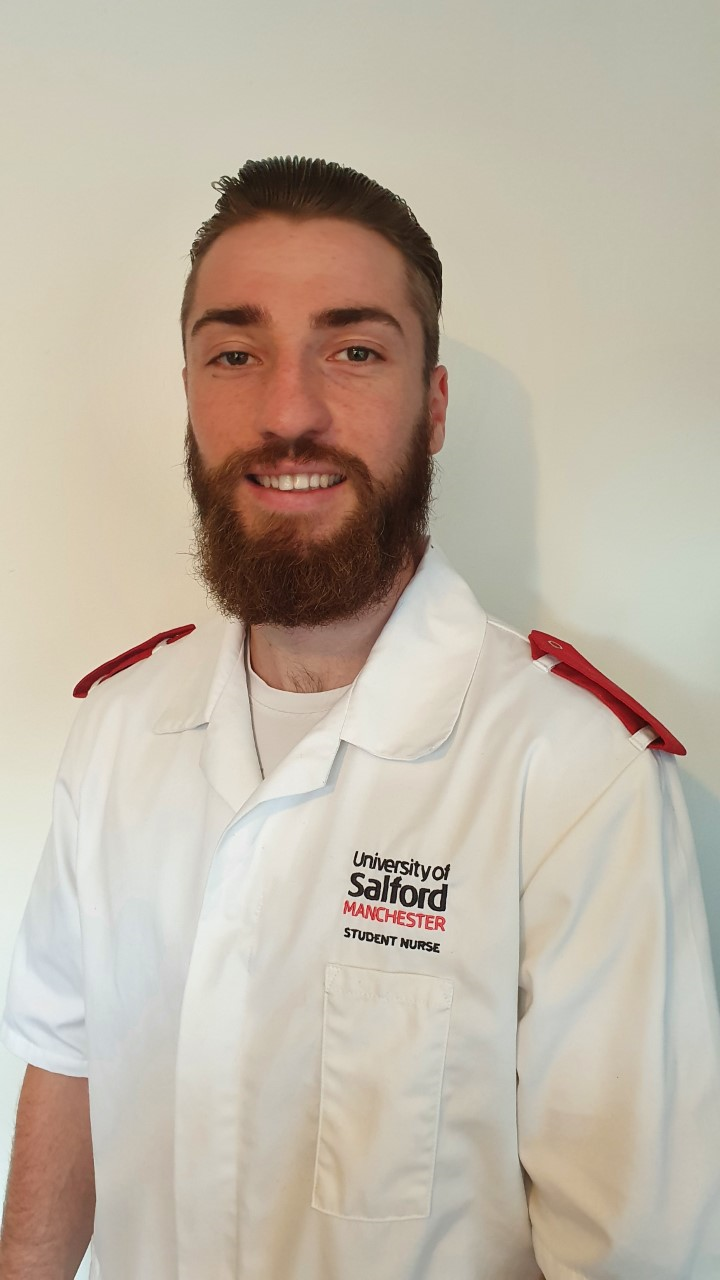 In celebration of this day, the University of Salford is sharing the story of Kieran Senior, a mental health nursing student at the university.

At the age of 16, Kieran left school with little qualifications and no insight into his future. He began working customer service jobs which left him feeling uninspired and anxious.

“I used to feel so anxious when people would walk into the shop, I couldn’t cope engaging with or talking to customers. I would feel so panicky, it would send me over the edge” said Kieran.

After a short period dealing with this anxiety, Kieran left his job and began trying to understand his thoughts and emotions. “I just thought it isn’t right feeling this way, I spoke with my GP and did some research and was diagnosed with social anxiety disorder”.

Social anxiety disorder, also known as social phobia; affects people in their interactions during social situations. The disorder is very common, especially amongst teenagers, and can be a long-term issue impacting wellbeing and lifestyle.

Symptoms of social anxiety disorder include: worrying about everyday activities, avoiding or worrying about social activities, being embarrassed and worried over small issues such as blushing, finding it difficult to complete tasks when in company, having panic attacks and feeling sick, sweating and having heavy heart palpitations.

After being diagnosed with the disorder, Kieran began reading self-help books and becoming more aware and understanding of his own anxiety, and mental health issues in general. “A few of my friends started opening up about how they were feeling, I spoke with them about my experience and the things I had done to help me feel better”.

“I decided I liked helping people to deal with their emotions, I found it really interesting and rewarding. I think that was the turning point which made me want to go into the mental health industry,” said Kieran.

Following this revelation; Kieran started an access to nursing course at college, allowing him the chance to later study mental health nursing at the University of Salford. He recently graduated from university with a first-class degree and is currently working full-time as a mental health nurse.

“It’s crazy to think when I left school, I had no idea what I wanted to do and no qualifications. Now, I’ve graduated university with a first-class degree and I’m helping others overcome their mental health struggles, like I overcame mine” Kieran said.

Mental Health Nursing Lecturer at the University of Salford, Emma Street, said: “Kieran’s story highlights a positive message of hope within an industry which is often overlooked and misunderstood. Days like Mental Health Nurses Day help communities to understand the roles of a mental health nurse and highlights the importance of this profession in today’s society”.