‘Should I invest in NFTs? Short answer: No’

Google searches for ‘non-fungible tokens’ (otherwise known as NFTs) in the UK are at an all-time high; recently overtaking ‘cryptocurrency’ for the first time ever. 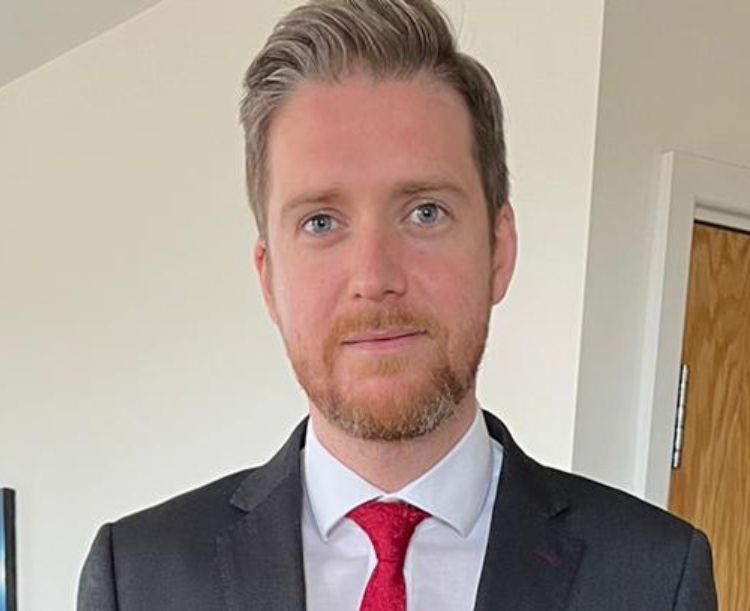 Interest has been generated by stories of people making huge amounts of money, as well as celebrities and influencers jumping on the trend. But are NFTs a good investment? To mark Safer Internet Day, we spoke to Tom Redshaw (pictured), Lecturer in Digital Society at the University of Salford, about why potential buyers should beware.

“Cryptocurrencies are digital assets that can be stored and traded without the need for a bank account. Instead, you can store them on a software programme (like an app on your mobile) or a piece of hardware (like a USB stick). However, neither of these options provides ways for you to recover the assets if you encounter problems.

“To get around this, most people store their cryptocurrencies in ‘custodial wallets’ run by a third-party organisation, which effectively stores your assets like a bank does. These companies aren’t subject to the same regulation as banks however, so if something happens to the company (like they are hacked or go bankrupt) it is unlikely you will recover your cryptocurrencies.”

What are cryptocurrencies used for?

“In some cases, you can use cryptocurrencies to buy goods and services. However, due to the wild fluctuations in market price, most companies do not accept payment in cryptocurrencies. Imagine for example, you sold a bicycle for bitcoins only for those bitcoins to half in price later that day. Then you try to sell your bitcoins but find that the company that stores them for you has been hacked and all your bitcoins are gone!

“An increasing number of people around the world are prepared to take these risks however, because the volatility can also work the other way around: you may buy some bitcoins and then find that the next day they are worth twice as much as you paid for them. This is the primary use of cryptocurrencies: financial speculation.”

Should I speculate in crypto markets?

“Some people have made lots of money trading cryptocurrencies; others have lost lots of money. You have to recognise that the value of these digital tokens lies only in what someone in the future will be willing to pay for them. Unlike other investments, such as investing in shares of a company that makes products, your cryptocurrency will not be used to produce anything. There is no ‘underlying value’.”

What are non-fungible tokens (NFTs)?

“NFTs are very similar to cryptocurrencies, but instead of the digital asset representing a unit of currency (for example, a bitcoin) they represent something else, like ownership of a piece of artwork.

“NFTs have become popular because they present possibilities for authenticity and scarcity in the digital age. In a world where images and texts are easily copied and pasted, NFTs present a way to keep an official record of who has actually paid for or contributed to something. Anyone could copy and paste something an artist publishes online, but true fans can buy an NFT to support the artist, and this often gives them the right to display their art.”

Should I buy NFTs?

“While there are some communities of artists who proclaim the benefits outlined above, many NFTs just represent new commodities that help companies make more money. Many Premier League football clubs for example now sell their own NFTs, which are nothing more than collectible items, like old fashioned Panini stickers.

“NFTs can also suffer from the same problems as cryptocurrencies. Many NFTs, which can cost hundreds of thousands of pounds, have disappeared, and their owners are left with nothing. This can happen when there is a problem with the platform on which your NFT is stored, or when that platform is an outright scam that disappears after you’ve handed over your money. This latter problem affects NFTs in particular because there is a lack of regulatory oversight.”

What about blockchain’s energy problem?

“A final consideration is that both cryptocurrencies and NFTs are produced and stored on blockchain technology. This technology is incredibly energy intensive. The blockchain technology used for producing and storing bitcoins alone uses more energy in a year than entire countries, with recent estimates indicating it uses more than the rest of the internet combined. There are likely to be more sustainable ways to invest your spare cash or support your favourite artist.”

Student conference is huge success in ‘first of its kin...

The first Occupational Therapy (OT) placement of its kind for the University of Salford...