Fossil remains of a 25-million-year-old giant wombat relative from central Australia have been identified as an entirely new family of marsupials by scientists in a new paper published in Scientific Reports.

The fossil was collected in the 1970s from a 25-million-year-old site at Lake Pinpa in north eastern South Australia by an expedition led by the late Dr Richard Tedford from the American Museum of Natural History.

Mukupirna is known from a partial skull and most of the skeleton, which show that it weighed about 150 kg (330 lb), similar in size to a black bear, and that it was probably a strong digger.  An analysis of evolutionary relationships shows that Mukupirna is most closely related to wombats, but it has several unique features that show that it is the only known member of a new family of marsupials that was previously unknown to science.

Dr Robin Beck, Lecturer in Biology at The University of Salford, who led the study, said: “Mukupirna is one of the best-preserved marsupials we know of this age from Australia. It tells us a lot about the evolution of wombats, koalas and their relatives. It is remarkable for its large size – this was clearly an impressive, powerful beast, about five times larger than modern wombats.  Koalas and wombats are amazing animals. But animals like Mukupirna show that their fossil relatives were even more extraordinary, and many of them were giants!”.

Associate Professor Julien Louys of Griffith University, who co-authored the study, said that “The description of this new family fills a crucial missing piece to the ancient bestiary of Australia. It joins other weird and extinct marsupials from 25 million years ago, many of which we wouldn’t recognise today”. Mukupirna probably lived in an open forest environment without grasses but had teeth that were well adapted for feeding on sedges, roots, and tubers that it could have dug up with its powerful front legs.

The scientists looked at how body size has evolved in vombatiforms, which is the group that includes Mukupirna, wombats, koalas and their fossil relatives, and showed that body weights of 100 kg or more evolved at least six times over the last 25 million years. The largest known vombatifom was Diprotodon, which weighed over 2 tonnes and survived until approximately fifty thousand years ago.

“When we first found the skeleton, we had no idea what it was because it was buried just beneath the lake’s surface,” recalled Professor Michael Archer of the University of New South Wales, one of the members of the 1975 expedition, along with Dr Richard Tedford, that found and collected the skeleton of Mukupirna.  Professor Archer added: “We found it by probing the dry flat surface of the Lake with a thin metal pole, like acupuncturing the skin of Mother Earth. We only excavated downwards if the pole contacted something hard below the surface—and in this case it turned out to be the articulated skeleton of a most mysterious new beast!” 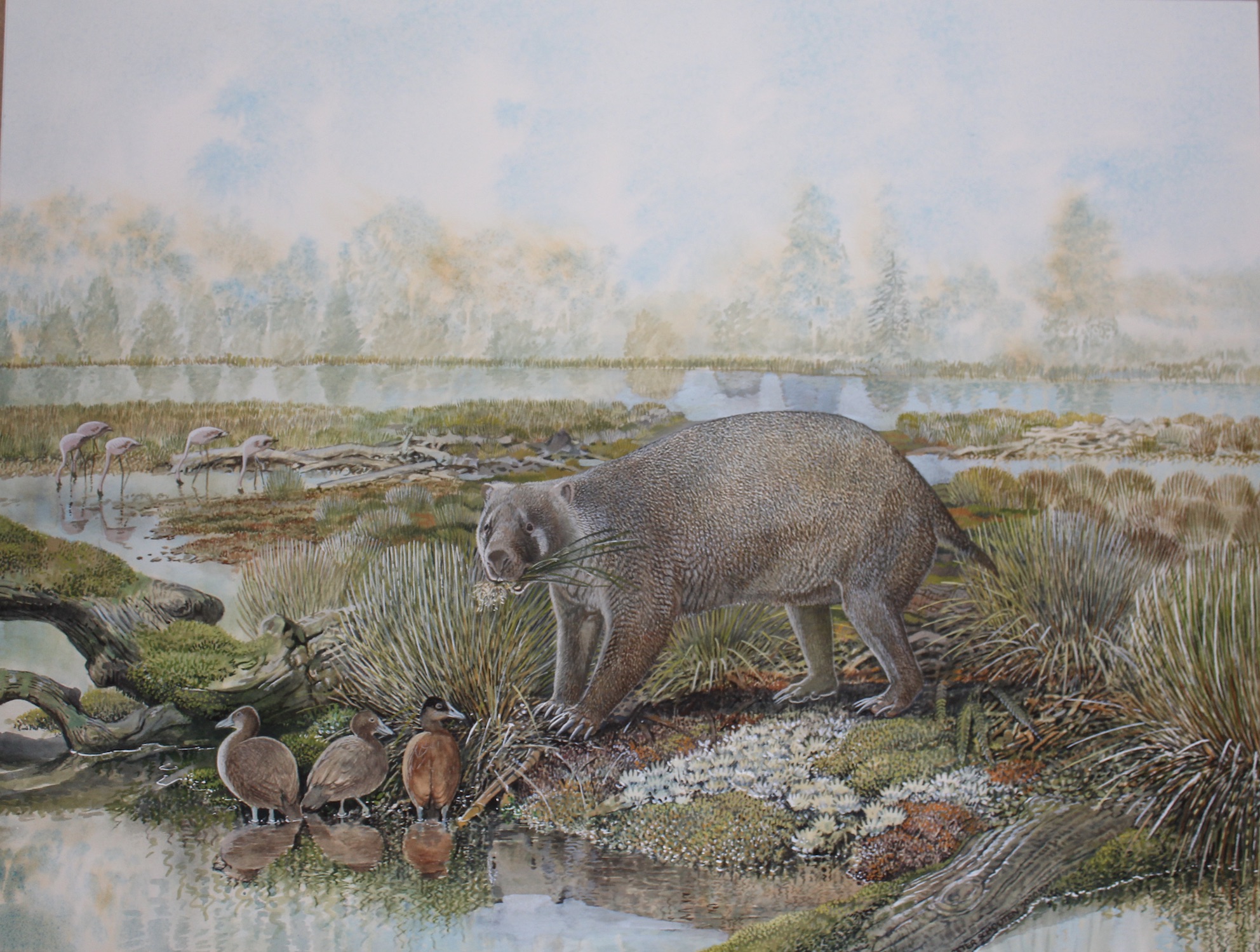 The Environment Agency and partners, including the University of Salford, have been...

School of Science, Engineering and Environment
22.11.22

A new Degree Apprenticeship in construction site management launched this September at the...

School of Science, Engineering and Environment
21.11.22

School of Science, Engineering and Environment
17.11.22
All news