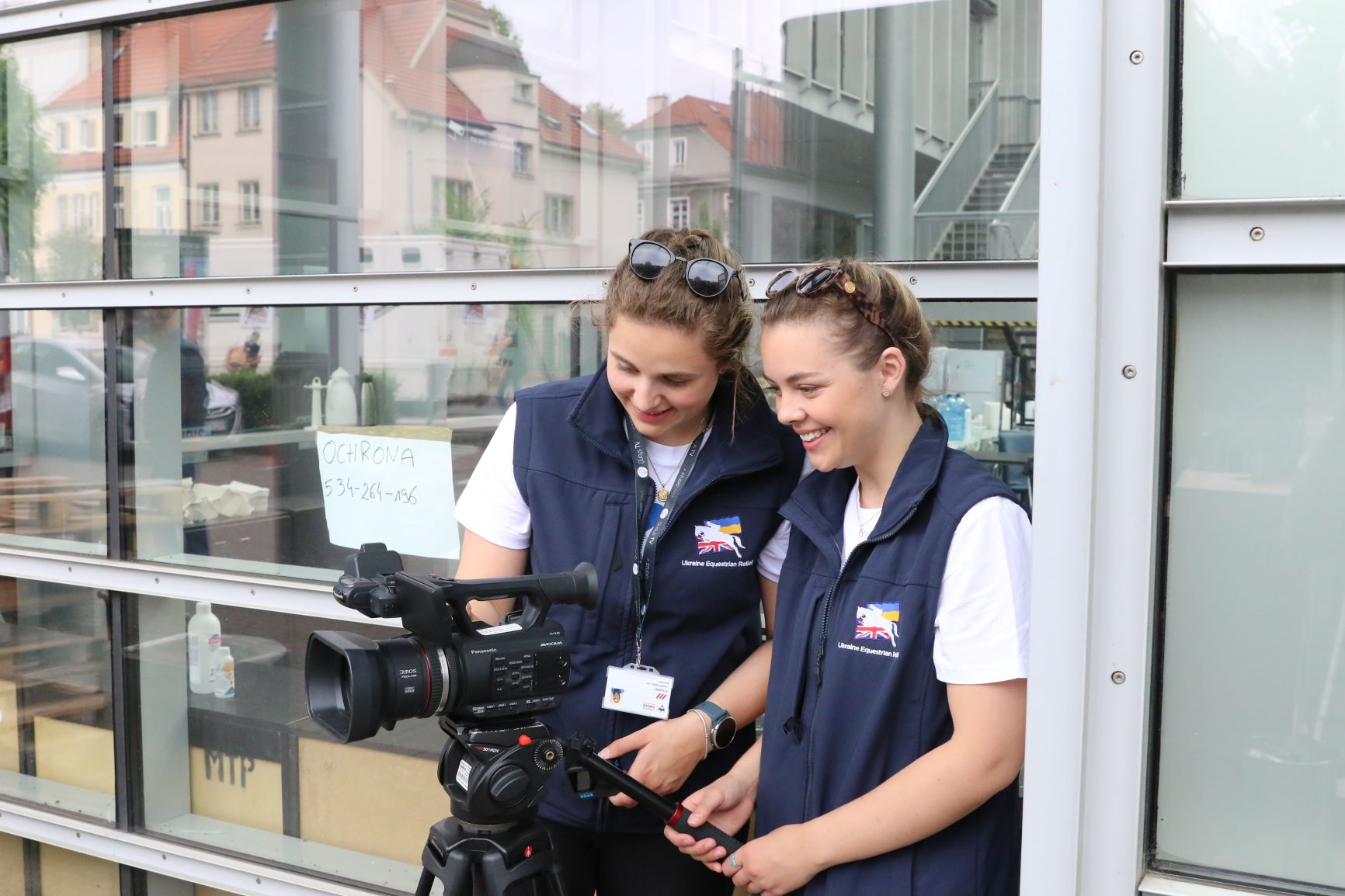 University of Salford, MA Journalism students, Lauren Barclay and Olivia Snelson were part of a convoy of horse boxes which helped deliver aid to the Poland and Ukraine boarder.

The team was led by local Mancunian, Stephen Barnes. Lauren first heard about the convoy whilst on work experience with the Oldham Times, where she covered a story about the team’s first convoy that ended up on the front page, Stephen then asked if herself and another journalist wanted to join them on their second.

Lauren said: “For me it was a huge opportunity for journalism, but also an incredibly important cause and reason. When Stephen asked me, I didn't think twice, I wanted to do what I could to help where I could.”

This time the team travelled over 2,800 miles, delivered around 27 tonnes of aid from the UK and 22 tonnes was purchased and delivered in Poland.

Lauren said: “We went as journalists. Wanting to share the stories of those who’s power to do that had been taken away, to make a difference how we thought we could.

“But we found ourselves filling any role needed: that of an aid worker, or someone to entertain the children. Someone to give a hug, unload boxes of food, or just help bring a little piece of joy to someone so in need.

“Countless times, myself and Liv had to remind ourselves to film, interview, and capture what the world needs to see.”

The pair have had an article published by the Manchester Evening News, interviews played by BBC Radio Manchester and a television package commissioned by BBC North West Tonight.

As journalism students, Lauren said: “It was super exciting to be able to get our work out there, especially for such a great cause and reason. The team haven't had much media coverage, so it was great to help raise awareness of the incredible work they are doing.”

Creative Writing Programme Leader David Savill is working with the Ukrainian Institute and...

The second edition of TEDxUniversityofSalford was held on Saturday 18 June to a full house...

24.06.22
School of Arts, Media and Creative Technology
All news