Salford student is a concrete success with a double accolade

A Salford student has been recognised at the 2021 Structural Concrete Student competition for the second year running.

The annual competition, open to students across the UK, is a partnership between the Concrete Centre and Laing O’Rourke inviting entries for a building design based on a brief. This year the challenge was to design a civic centre comprising a library and council offices in a new garden town in the North West of England.

Daniel Dickinson, an MSc student at the University of Salford who is studying Structural Engineering, was awarded two prizes at this year’s ceremony: runner-up and the sustainability prize. This follows Daniel’s success at the 2020 awards where he was crowned the overall winner.

When asked about his achievement in the competition for the second year, he said: "I was delighted to be awarded the sustainability prize and national runner-up in this year’s Structural Concrete Student competition. It makes me the only student to have been awarded prizes across multiple years, having won the competition last year.

"The modules in the MSc Structural Engineering course at Salford helped to develop the key skills that I used in the competition, and I hope that this is just the beginning of the success Salford students have in this competition."

He completes his studies this September and has secured a role as a Graduate Structural Engineer with Burro Happold, working on high profile projects such as the Co-op Arena in Manchester and the Middlewood Locks development in Salford. 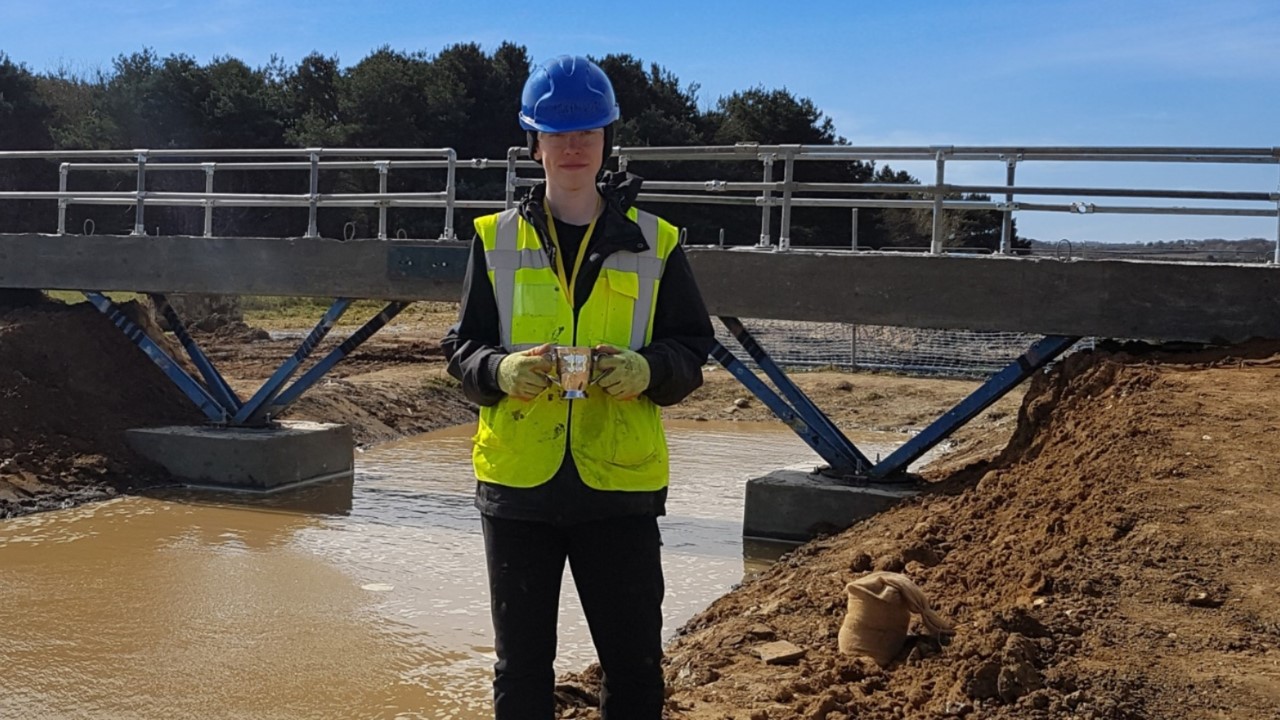 A University of Salford graduate has landed a job at Barratt Developments in Manchester...

07.12.21
School of Science, Engineering and Environment

18.11.21
School of Science, Engineering and Environment

The University of Salford’s Energy House Laboratories has announced its first...

18.11.21
School of Science, Engineering and Environment
All news