Most of the world became addicted to TikTok during the first lockdown, spending hours flicking through videos on their phones, but one Salford student took it a step further, producing a mini-series on the platform which now has over three million views. 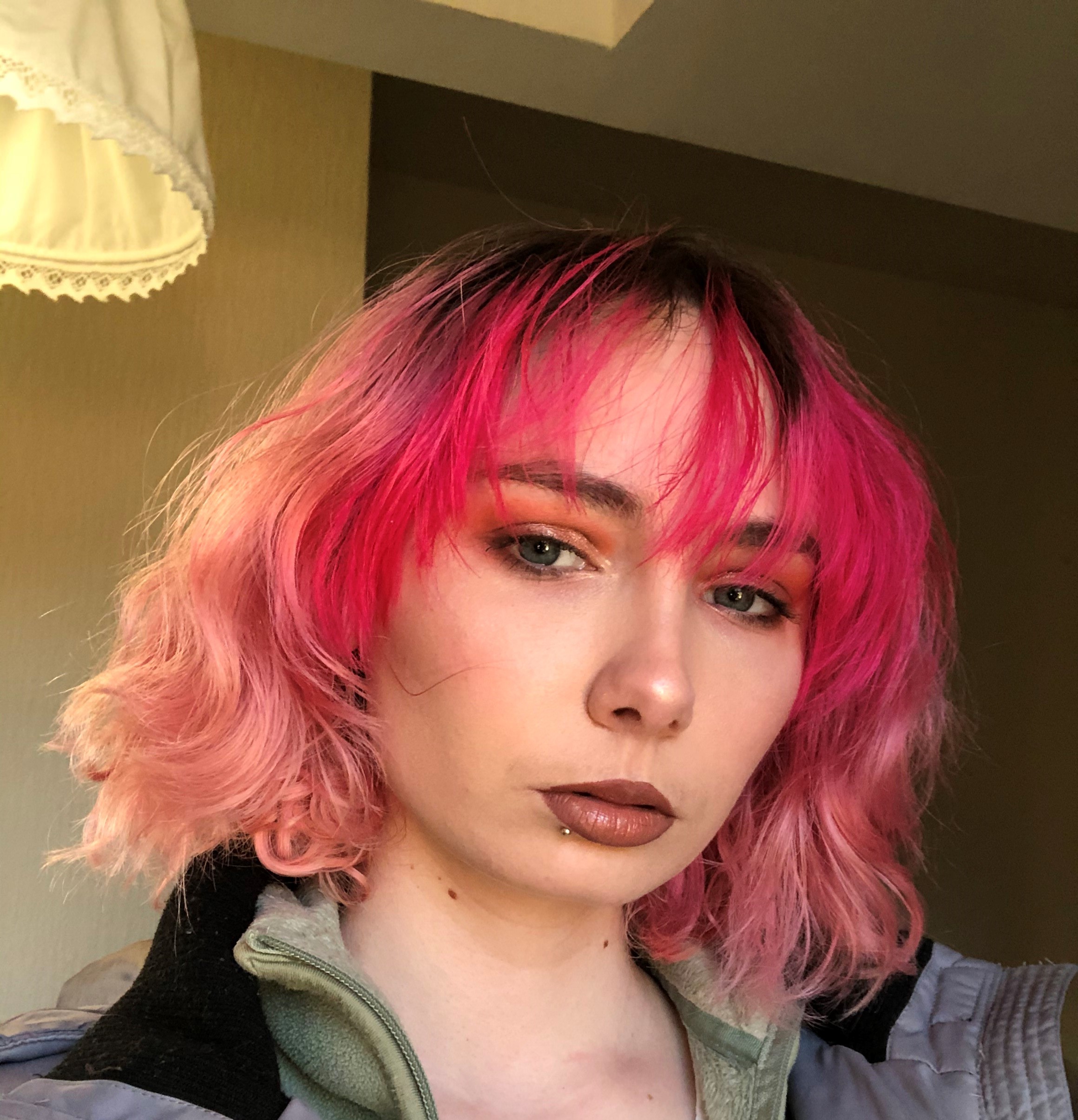 Ash Bateson, 22, studies a BA (Hons) in Film Production, and scripted, filmed and edited the series ‘The cursed Necklace’, which follows the story of the main character who finds a mysterious necklace in the woods and has to defeat a great evil to save themselves.

Ash started the series after the pandemic hit and hasn’t looked back since.

They said: “I started doing Tiktok in the first lockdown. It meant that the second half of my second year was completely messed up. We’re supposed to make a big film at the end of every year, but that didn’t happen, and I was really frustrated.

“Then I thought to myself, ‘okay, all I have is my phone to create something, anything’ and I got thinking about how cool it would be to do an actual series on TikTok. I saw professional broadcasters doing similar things on Snapchat, and I wanted to be one of the first to do it on TikTok.

“I was always telling myself that I didn’t have the equipment or the software, but then I really didn’t have anything, so I thought how am I going to do to express myself, and that’s how it started!”

The series now has over three million views, with the third episode having over 600,000 alone, and Ash couldn’t be more surprised at the reaction the series has gotten.

“When I found Tiktok, I became very interested because I could do a series and release it the same day – compared to a YouTube video which could take a week to edit. But three million views is something that would have never popped into my head, it’s incredible.

"The first episode has about half a million views, and that just blows my mind! I think what’s so wonderful about social media is that anyone can find your work and become inspired.”

Ash had to return to London after the first lockdown hit, and filmed the series there. With nothing but a phone, some random objects around the house and a big idea, they transformed a normal bedroom into a full-blown TV set.

How did Ash film the series?

Ash explained: “The voiceover aspect of TikTok videos really was my greatest asset. It meant that I could film the visuals and just have a voiceover at the top.

“In terms of props, I just went around the house finding anything I could use. My lighting was a plug-in lightbulb, my tripod was a hands-free phone set I have in my car, and my camera equipment was my phone.

“For other characters, I got my friend Ben, who lives on the other side of the country. Sometimes I would get him to film shots and send them to me, and we would cut to the different shots we’d taken. Even though I’m down in London and he’s in Liverpool, when we cut to him standing inside his front door and me standing outside mine, it looks like we’re having a conversation.

“The main thing is, it’s not going to be perfect but that’s why people love TikTok, because it isn’t supposed to be perfect and they feel like they can aspire to create similar content themselves at home.”

Ash went on to explain how they made the most out of a bad situation, and how other students might do the same.

They said: “I would say look at the things you want to do and the things you tell yourself you don’t have enough time for. We have all the time in the world now to do the things we told ourselves we couldn’t do before.

“I had all the time in the world to do these things and I just made myself do them. I was writing, filming and editing videos every single day for the first month and a half and that’s what got me through the beginning of quarantine.”

Ash also predicted that TikTok and other social media platforms will be the future of TV.

They said: “You have streaming platforms like Netflix and Disney Plus becoming more popular, especially in Covid times, and you see plenty of movies that just skipped the cinemas and went straight to streaming platforms. Even YouTube has YouTube Plus and it isn’t just random people making videos in their bedrooms, it’s professional content.

"If we’ve seen YouTube doing it, and Snapchat doing it, then I think we’re definitely doing to see Tiktok doing that soon too.”

Ash said that while they love making the series, they're not placing all their eggs in one basket just yet.

"For now, it’s wherever the jobs are at, but any money I make from the series, I want to put back into making more content for TikTok.”

Ash stressed that their course at Salford was a huge part of why they were able to make the series so successful.

They said: “The film production course is so varied. You learn everything from directing to script writing to cinematography, and all of those aspects came into play when producing this series.”

You can find all three seasons of the series on TikTok, on the page @talesfrombeyond97, and you can find Ash on their personal page @ahandfulofash97 for even more content.

Former master’s student, Sian Edwards, has landed a role as a communications officer at...