A group of University of Salford graduates have spoken of their excitement after returning home from working at the COP27 global climate conference in Egypt. 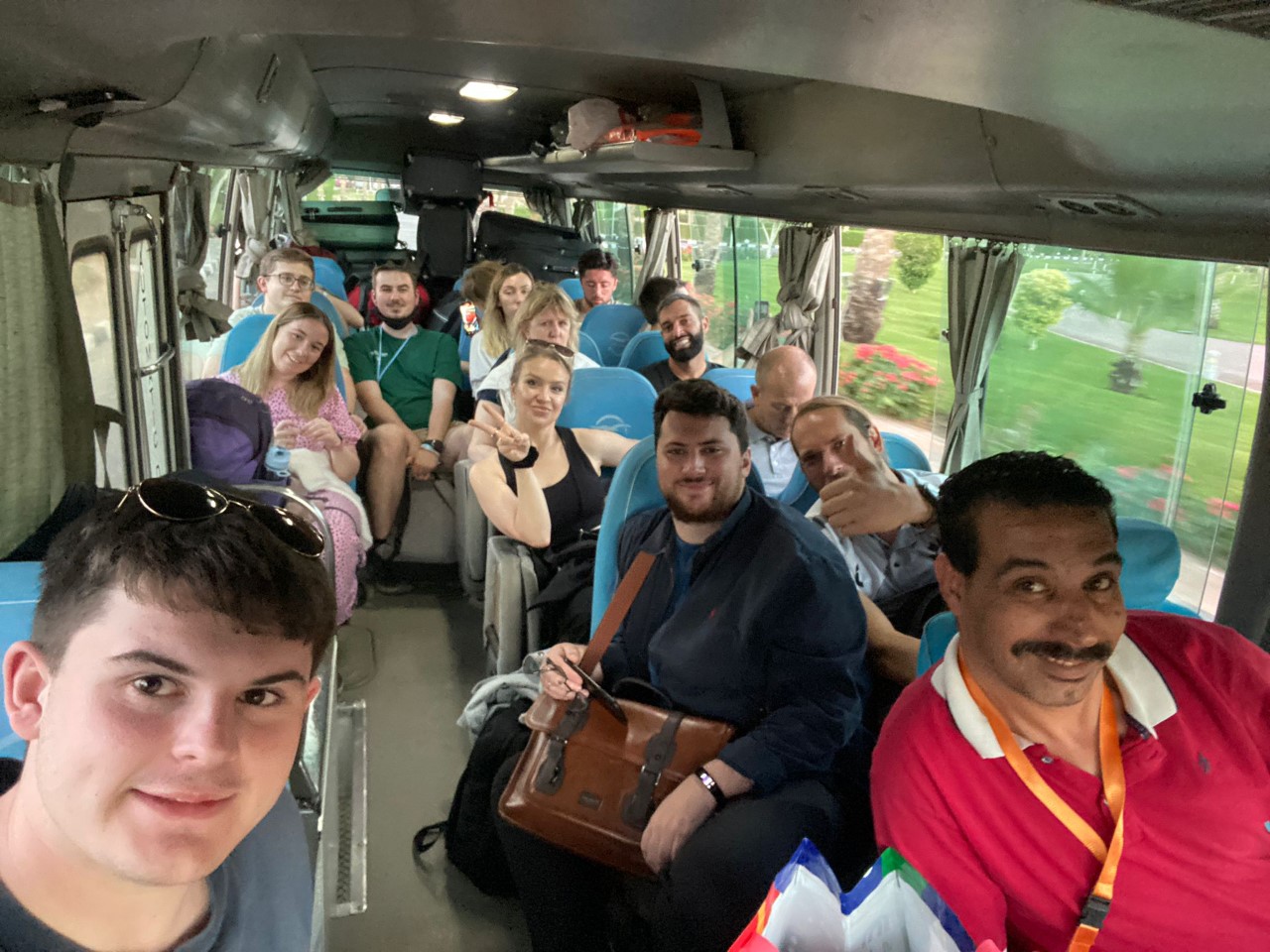 This included streaming and shooting panels and interviews with world leaders and climate activists that attended the event in Sharm El Sheikh to discuss and agree political solutions to tackling the global climate emergency.

Each country that attends COP hosts its own ‘pavilion’ where its own events are held, and the graduates were each assigned a pavilion to work with including Africa, Israel and Spain.

Charlie Haynes said: “It was an environment that you would never find yourself in. For example, there were presidents walking around like normal people and we were a metre away from the queen of Spain. It’s just a different experience to where you would normally be.

“I was quite new to it, so it was a really good learning curve to be thrown in to do something I had never done before, and I was surrounded by great people who taught me a lot of new things as well.”

The group graduated from Salford at different times in 2021 and 2022 and described the opportunities they had at university as ‘invaluable’ in getting them into their respective careers.

Charlie Betts said: “The connections made at Salford were certainly valuable, we wouldn’t have got this job otherwise. We had the ability to do live multi-camera broadcasts at university and that experience of filming, directing, producing is all so valuable in jobs like this.”

Conor Gilmore, who has been working for Tell Media since graduating, said: “The reason why I got my job initially at Tell was because I did extra-curricular stuff at Salford because I had the opportunity to.”

“The main thing was this year's Varsity when I joined Quays TV with Matty Robinson and Josh Fillingham, and together we livestreamed a basketball game from Chester. I posted about the work on LinkedIn and the boss of the company I now work for saw that and gave me the job.

Charlie Haynes added: “Salford as a city is such a good place to be, it’s full of opportunities and compared with other universities, I don’t think any of their facilities for TV and radio production come close to ours.

“To get that experience in such a professional environment is so beneficial. I would say to anyone looking to do media production, to look at Salford.”

Moira Kean, TV and Radio production lecturer at the University of Salford said: “It’s fantastic to see a group of our alumni get such a fantastic experience so soon after graduation and it is testament to their hard work and determination to develop a wide-ranging skillset that they’ve secured work at one of the most high-profile global summits of the year."

The graduates are now eyeing up a possible return to being involved at next year’s conference, COP28, which is set to be held in Dubai.