To mark National Apprenticeship Week (8 – 12 February), a Salford apprentice has shared her experiences with a cross-party group of MPs.

The All-Party Parliamentary Group on Apprentices brings together MPs and members of the House of Lords to discuss how to promote the role of high-quality apprenticeships. As part of the group’s activities around National Apprenticeship Week, an ‘Ask the Apprentice’ panel event was held (Tuesday 9 February) to allow parliamentarians to put their questions direct to current apprentices.

Elaine Huskinson, an assistant surveyor at Buckingham Group Contracting Ltd, is in her final year as a degree apprentice studying quantity surveying. Having worked in construction since 2007, Elaine spoke passionately about how the degree apprenticeship route has enabled her to upskill and boost her career prospects.

Elaine said: “As someone from a working-class background, I was not in a position to fund further study to improve my career prospects, but then I found out about degree apprenticeships. I chose to study the accelerated quantity surveying apprenticeship, which also provides me with professional accreditation.

“It’s not always been easy – especially not when I was furloughed for five and a half months as a result of Covid-19 earlier last year – but the University and my employer have been so supportive.”

A key theme to emerge from the discussions with the apprentice panel was the value that apprenticeships offer for people of all ages to study at all levels. This is something that Elaine feels particularly passionate about.

Speaking during the event, she said: “I have actually studied for a degree before, at Salford in fact. I studied sociology about ten years ago, but after graduation I fell into working in construction, which I then realised I loved.

Elaine was on the panel alongside apprentices from KPMG, Amazon, the Co-op and BAE Systems.

The event, which was attended by a dozen parliamentarians from across the country, was chaired by Karin Smyth, co-chair of the All Party Parliamentary Group on Apprenticeships and Labour MP for Bristol, and included an appearance from Gillian Keegan MP, Conservative Minister for Apprenticeships and the only degree level apprentice in the House of Commons. 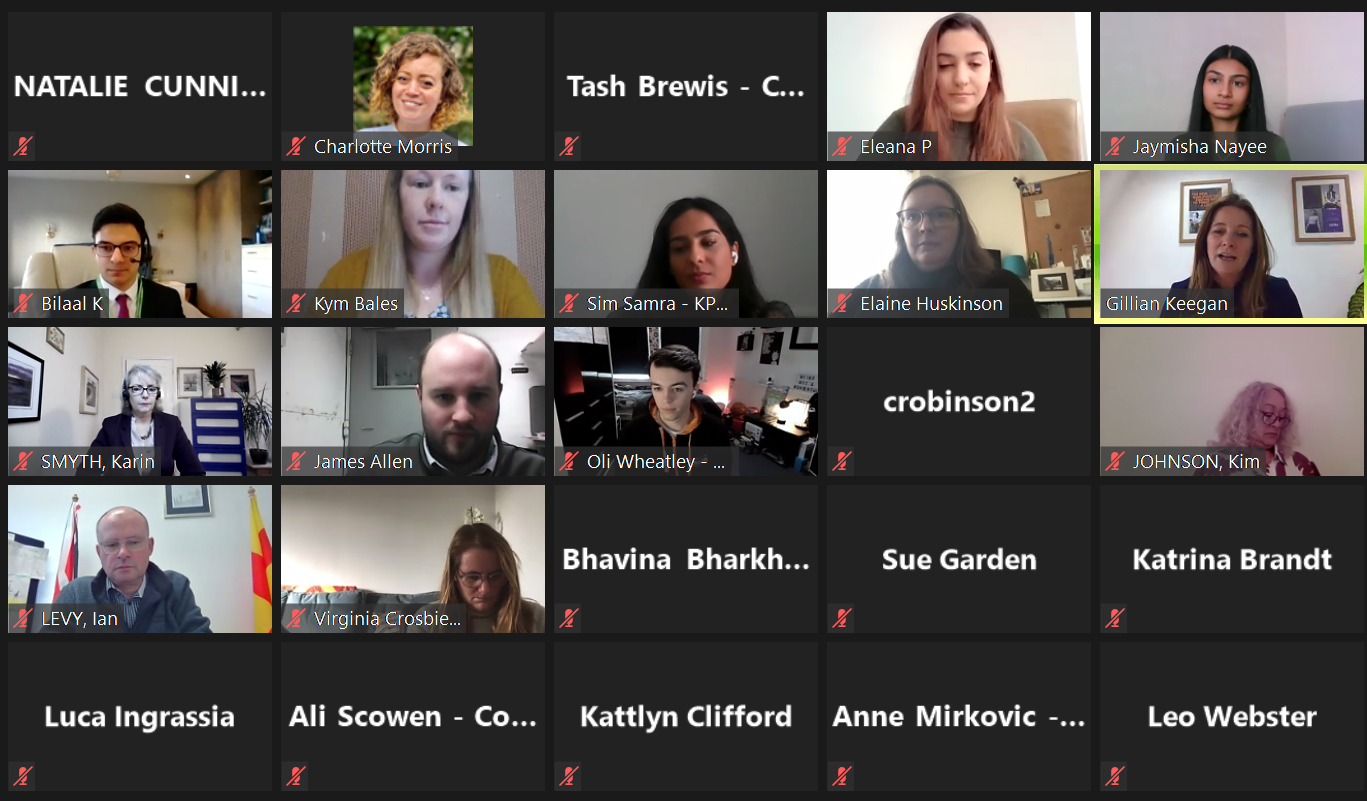 Appointment of Executive Director of Governance and Ass...

The University of Salford are delighted to announce that Emma French will be joining the...

Greater Manchester Institute of Technology to open in S...

A new multi-million-pound technical education institute in Greater Manchester will open to...

The University of Salford are delighted to announce that from Monday 16 January 2023, Neil...