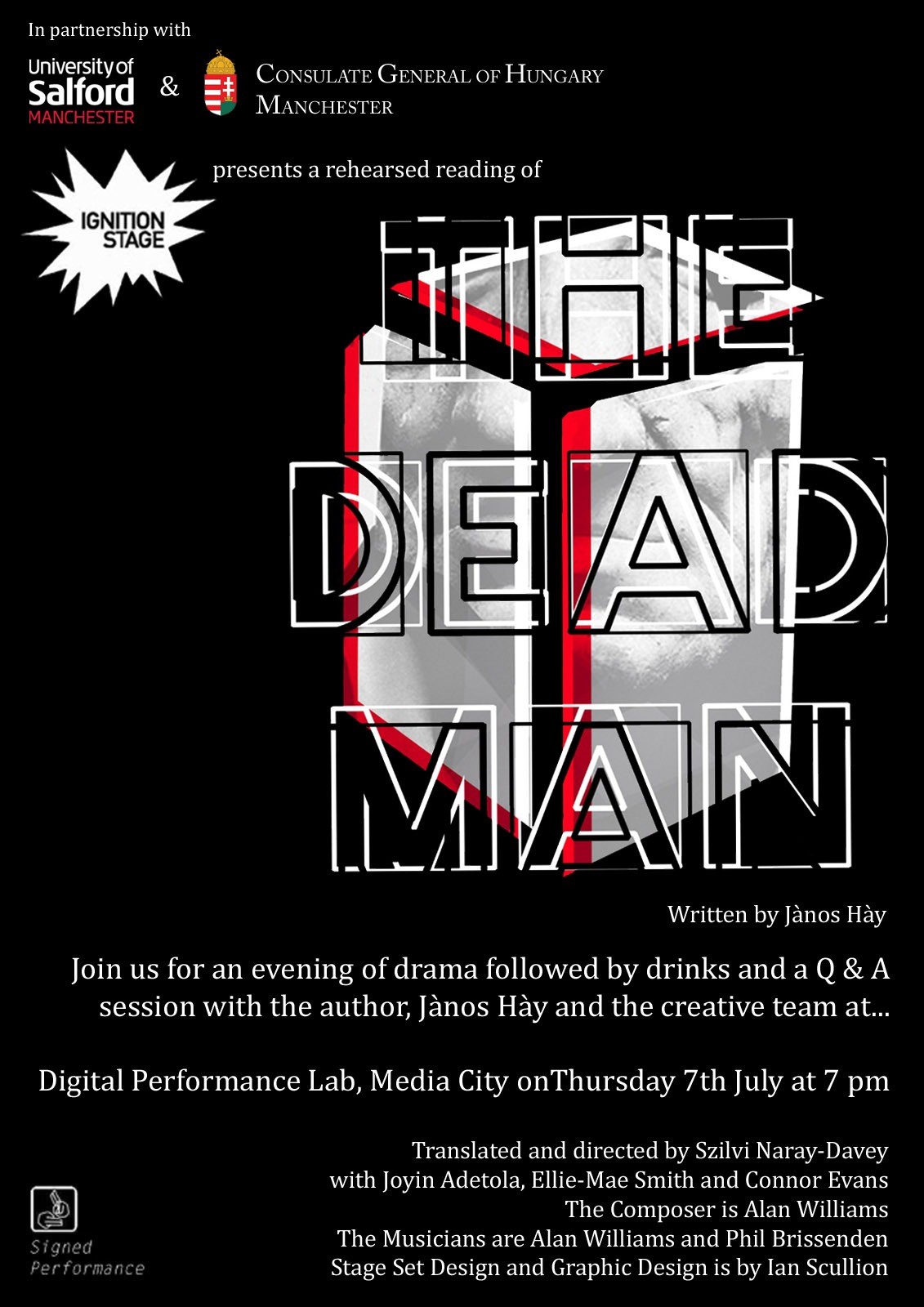 Join us at the MediaCity Campus on 7 July at 19:00 for an evening of drama through the rehearsed reading of The Dead Man - recognised as Best Drama of the Year in 2017. Set in World War II, we explore the stories of lives derailed, marriages gone wrong, and life journeys built from childhood memories.

Writer, poet, and award-winning playwright János Háy deals with modern existence, set against a Hungarian backdrop with engaging characters and thought-provoking situations. The Dead Man is a war story and so much more, exploring the different facets of humanity and humility.

Crossing international borders and boundaries, this poignant play has been sympathetically translated and produced by a creative team in partnership with The University of Salford, Ignition Stage Theatre Company and The Hungarian Consulate.

Dr Szilvi Naray-Davey, Lecturer in Drama & Translation Studies at the University of Salford, said: “The Dead Man is an archetypal and powerful story about loss and grief. The setting is war, and the play feels almost eerily prescient with regards to current events. It is a married woman's story, but it can be anyone's who has experienced grief.

“The Hungarian playwright says that his play is a metaphor for what happens when a relationship dies and when one person from the couple tries to return to the relationship without any consideration or understanding that time has passed”.

The original music score will be by Professor Alan Williams and the performance will be followed by a live Q&A with the Author, János Háy and the creative team.

Please Note: Recommended for over-16’s due to themes of sexual aggression and violence.