As a child, Tim remembers spending all his time outdoors, being active and competing in all manner of different sports. Not especially focussed on competing at running, he nevertheless represented his county at 1500m and won a few local races.

But everything changed back in 2000, when a terrifying accident meant Tim spent five days on life support and was left in a wheelchair.

Tim was interested a career in the military and at the start of selection for a T.A. Special Forces unit when he was hit by a car on the wrong side of the road on a blind summit.

He explains: “The accident left me with fractures to my left tibia and fibula (lower leg), right femur (thigh), both pubic rami and right ilium (pelvis), a few ribs, my right radius (forearm), and my jaw.  I’d ripped all the flesh off my right elbow, smashed my head so hard my inner ear had been stretched and torn (resulting in now reduced hearing), but worst of all my lungs filled up with fluid (A.R.D.S.). Quite simply I was lucky to be alive.”

Following multiple surgeries, Tim spent six months in a wheelchair before beginning to learn to walk again. He was told at the time that it was unlikely he would be able to return to running.

“Over the next six years I gradually rebuilt myself and eventually got back to running enough to complete the London marathon to raise money for the intensive care department who saved my life.”

Tim joined the University of Salford in 2015, having had some teaching experience as an instructor for the Army on topics such as battlefield first aid. He now teaches two days a week at the university, while the rest of his time is split between clinical work and coaching.

Tim put his name forward after an unsuccessful attempt at another 100-mile race last year in the Alps (the Ultra Tour Monte Rosa) which he was unable to complete due a chest infection, being forced to pull out at mile 86.

Tim completed the race in first place with a time of 23:06:47, breaking the course record by 50 minutes. He said: “I live almost on the Pennine Way itself, so this race was perfect for me as I could recce the route in detail and prepare sufficiently to give a really good performance. I’m certainly not looking to do the full 268-mile route though, at least not yet!” 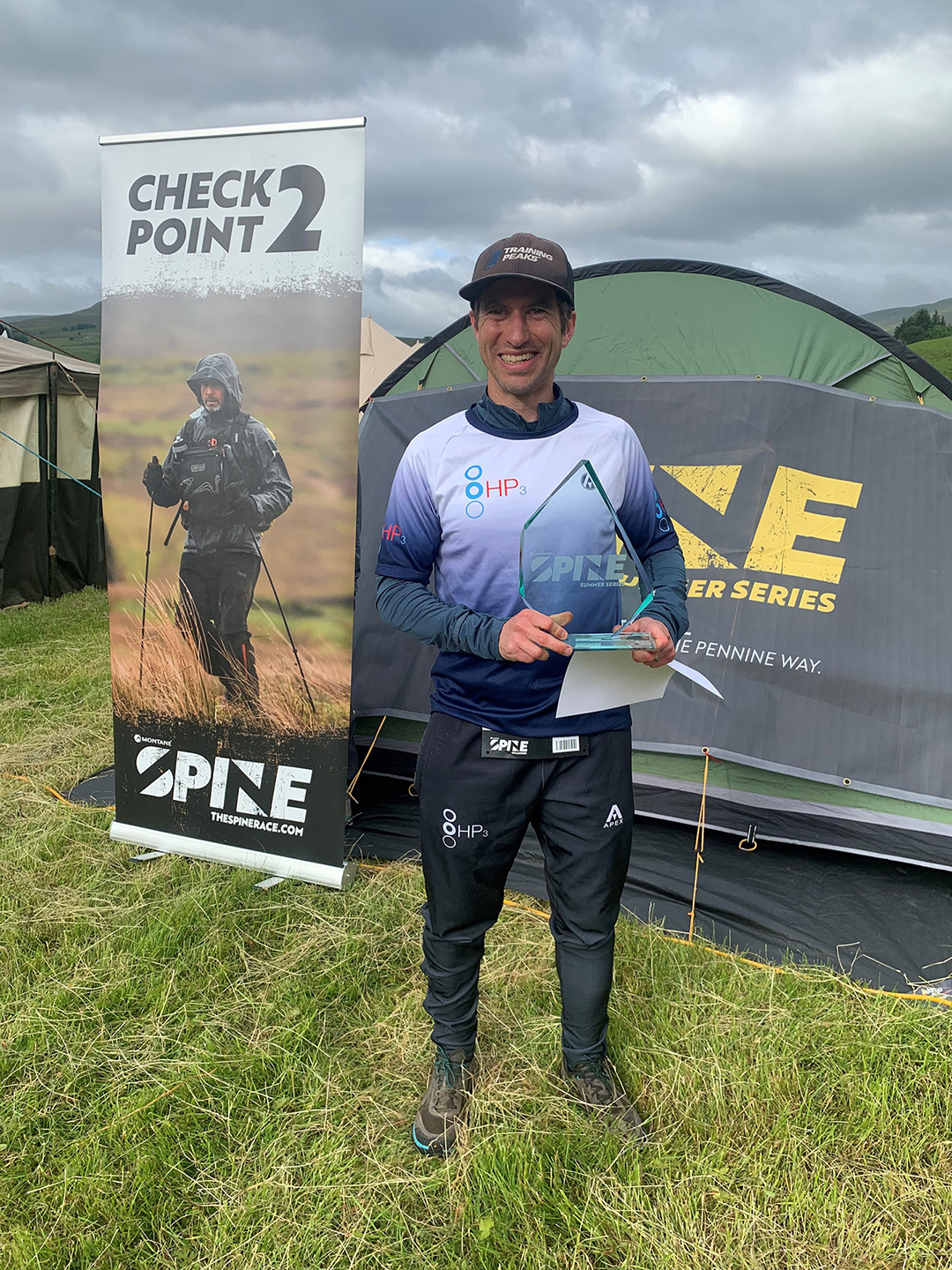