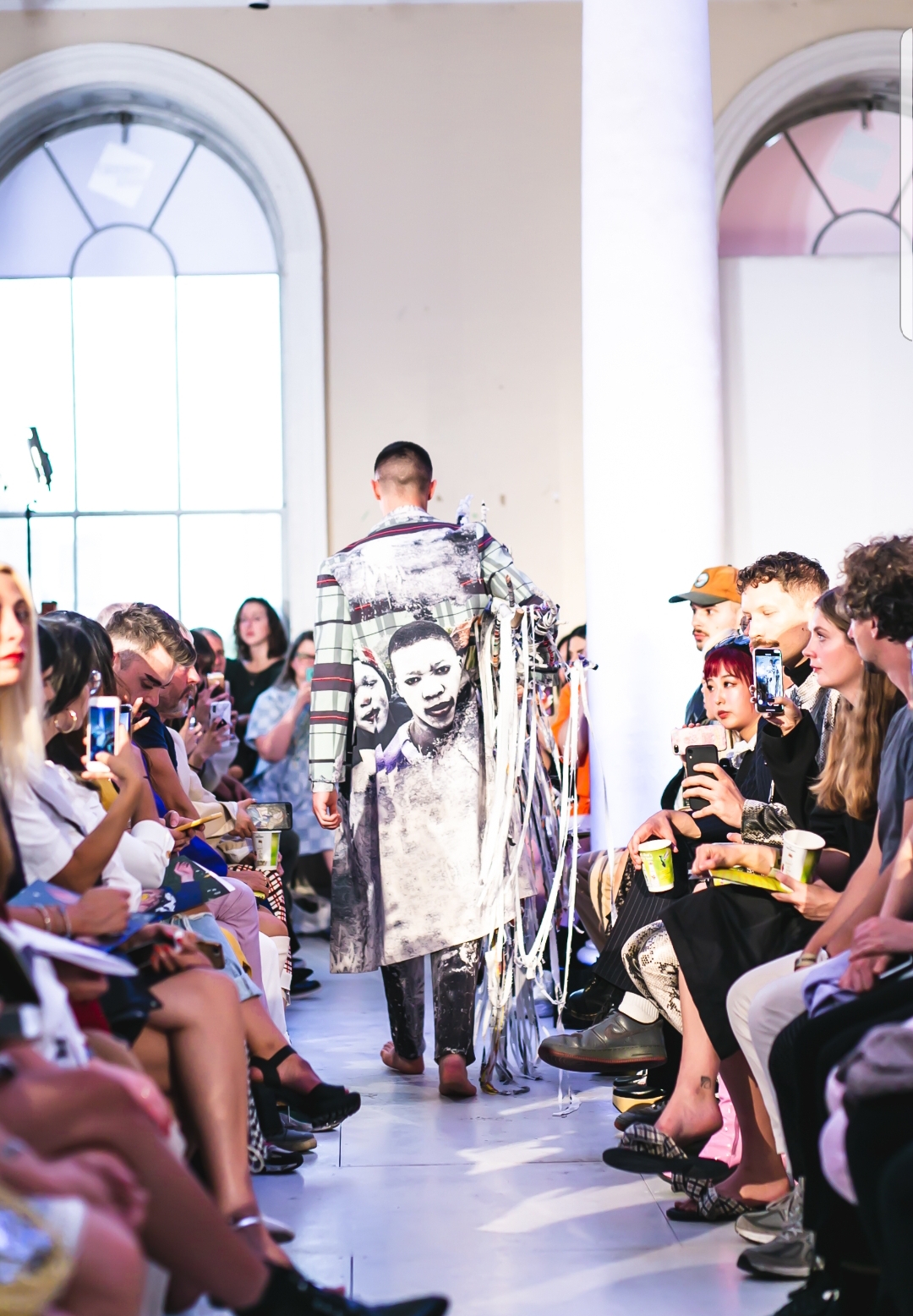 Born and raised in South Africa, Ncedo moved to England in 2010 to study for a BA (Hons) Fashion Design at the University of Salford and found inspiration for his collection from his experiences in The Xhosa tribe.

The collection titled: “Foolish me I almost forgot where I come from” is inspired by Ncedo’s journey through manhood and the lessons he learnt during his initiation in South Africa.

Speaking about his journey to become a designer, he said: “In the world of Xhosa tribe, to become an honourable man, one must go to the mountains and be initiated. This collection represented what I learnt during that.

“No one can carry your manhood for you, you must choose to be a man. I learnt to always be a shield and remain confident, embrace my struggles, and to be a messenger for my culture and heritage. I am a product of those who have lived before me and this collection celebrates who I am.”

Pieces from the collection have also been seen on the stages of many UK festivals (Glastonbury, The Ends, and Field Day), as well as featuring on the runways of New York and London Fashion Week where Ncedo was first scouted by Natalie Roar, Kojey’s stylist.

“When I first saw my collection on the Cashmere Tears music video, I felt very proud of myself especially seeing the hard work, late nights and development of the collection was paying off in such a massive way,” Ncedo said. The video has since had over 100k views on YouTube.

Virgil Abloh, Kerby Jean Raymond, and Jerry Lorenzo are just some of Ncedo’s inspirations when it comes to fashion, he said: “They represent black culture and pave the way for black designers in the industry like me.”

In the future Ncedo hopes to do a master's degree in Fashion Design and has along-term career goal of creating his own brand, ‘JUNE-16 62O5RSA’.

He said: “Graduating from university and being the first to do it in my family has to be my biggest achievement so far. Studying at Salford prepared me for the real world and gave me the confidence to start my own business, while trusting my creativity and talent. It developed my confidence as a designer by allowing me to be true to myself, goals and aspirations.”