Robots - but not as we know them

The University of Salford has a legacy of leading in Robotics, with research excellence in soft robotics, artificial intelligence and autonomous systems being just a few of our areas of speciality.

Professor Steve Davis is one of a growing team of expert researchers at the University and will be hosting a Salford Lecture Series on Robotics on May 5. The session is open to all, giving you a deep dive into the exciting world of Robotics and Automation.

When asked what to expect from the session Professor Davis said: “For many people, when they think about what a robot is their views are influenced by what they might have seen in Hollywood blockbusters or maybe in a factory. However, there are many other forms of robot and we will explore some of these in the lecture.”

So, what does the future hold for robotics and the role it will play in shaping our future? Professor Davis added: “Are we all going to have human looking robots in our homes any time soon? Probably not. Will we see robotic technology playing a bigger part in our lives over the coming years? Almost certainly.”

The lecture will look at some of the robots we have developed at Salford and are now operating in manufacturing and healthcare. Did you know that we developed a glove that reduces astronaut fatigue?

To join the session, you can register your interest by following the link here. 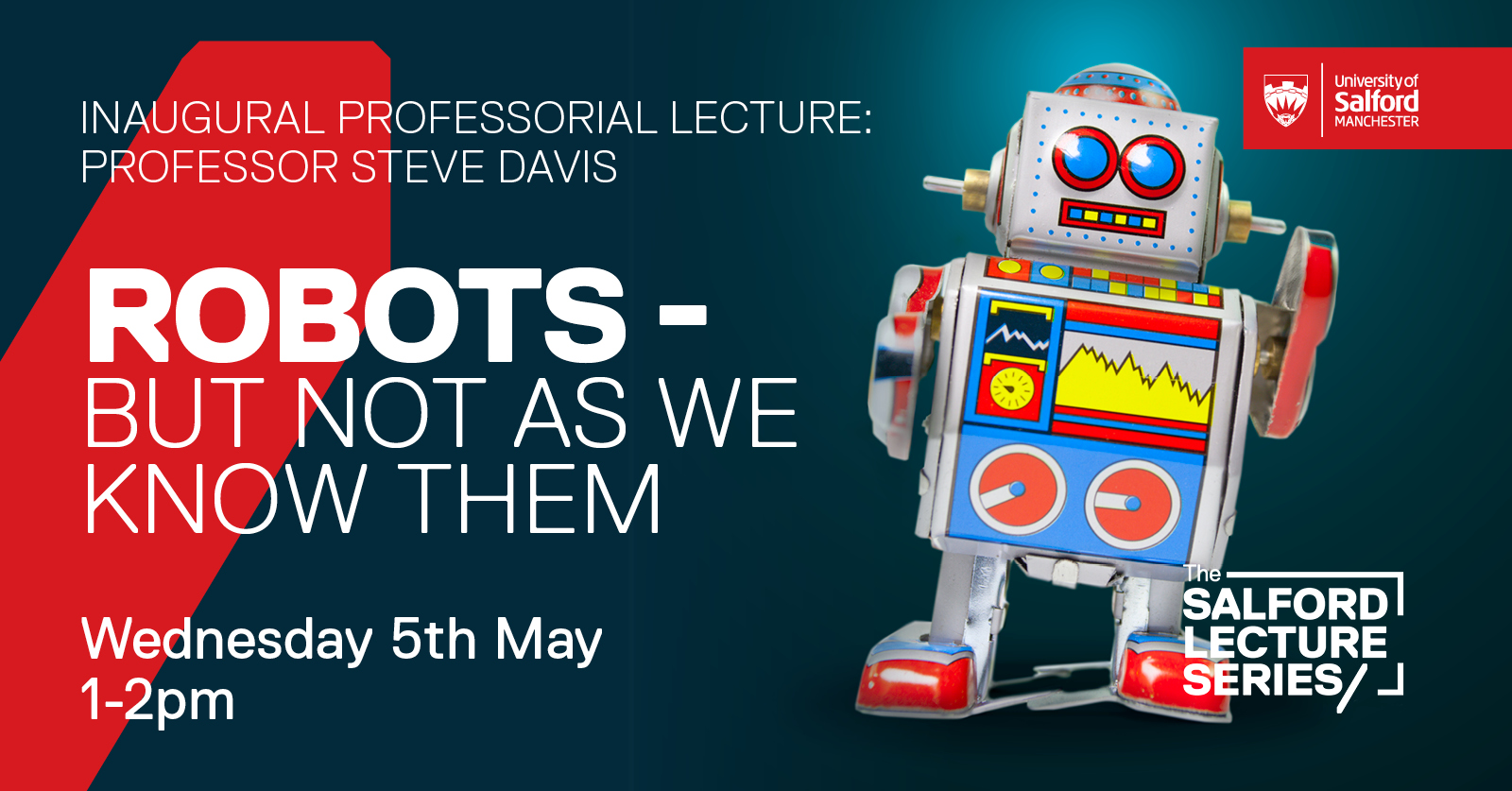 A new scholarship for talented students from low-income backgrounds who want to study a...

School of Science, Engineering and Environment
27.09.22

Landmark moment for the University of Salford as the new Science, Engineering and...

School of Science, Engineering and Environment
22.09.22

MP Chris Skidmore visited the University’s Energy Houses to hear all about the work we do...

School of Science, Engineering and Environment
21.09.22
All news