Ringing the city for healthier lives

A new long-distance walking route around Greater Manchester is being created thanks to an idea developed by a University of Salford graduate. 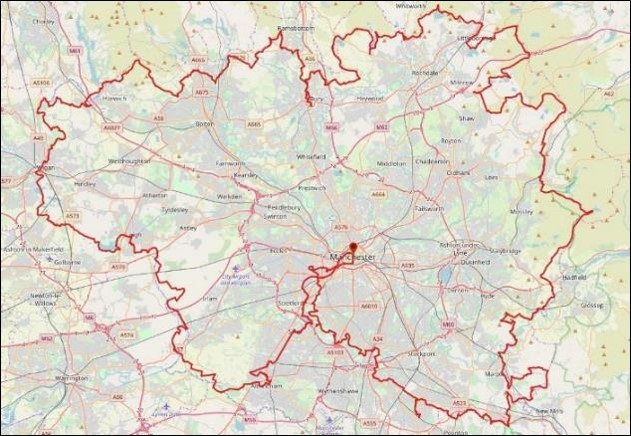 The 300-km GM Ringway is the brainchild of Dr Andrew Read, who came up with the idea while out walking through some of the amazing scenery that surrounds the city.

The GM Ringway long-distance trail follows an anti-clockwise circuit from its starting point in Manchester city centre through some of the finest countryside and green spaces of the entire city region. Each of the 20 stages are designed to be easily accessible by public transport. The trail provides a low-impact way of accessing a wide variety of landscapes, including the Mersey Valley, the Peak District Fringe, the West Pennine hills and the wetlands, mosslands and parkland to the west of Greater Manchester.

Andrew said: “There are many reasons I think this is a great idea. I think the beautiful and dramatic landscape surrounding our city is massively underappreciated and underutilised. If we can get this route finalised, mapped and signposted, it will be a great incentive to get people exploring the countryside close to home.

Since early 2018, the overall route has been refined and expanded, partly in consultation with local Ramblers groups. As a result, it has now grown to cover a distance of 187 miles or 300 km.

The full route starts and finishes in Manchester city centre but passes through every one of the ten boroughs: Manchester, Trafford, Stockport, Tameside, Oldham, Rochdale, Bury, Bolton, Wigan and Salford. Each stage is carefully designed to start and finish at a public transport hub, in most cases a Metrolink stop or train station.

Because of the success of the GM Ringway project, Andrew is now setting up a social enterprise – Walking Projects CIC – with the help of the University of Salford’s Enterprise team and the Salford CVS organisation. His aim is to attract funding for the GM Ringway project and other walking-related initiatives. Andrew said: “With the help of the great team here at Salford, I’ve identified a number of potential funding and revenue streams. All the profits we make will go back in helping promote walking for the benefit of public health, the environment and active travel. I have already been working with the GM Moving team on developing a new walking website for Greater Manchester (GMWalking.co.uk) to promote the fantastic walking routes and many walking groups we have in the city-region.”

Andrew is getting support from the University of Salford incubator, Launch @SalfordUni. There, he has benefited from free access to business advice on how to set up a social enterprise, generate interest and develop his business idea.

Justyna Turner, Incubation Manager at Launch @SalfordUni, said: “This is such a fabulous idea, I’m surprised no one else has thought of it before. We need to get people out and about doing more exercise and this does that whilst also showcasing some of the best scenery in the region. I’m delighted we have been able to help Andrew make this a reality.”

In the short term, Andrew is eager to talk to anyone involved in local government, public health, transport or tourism for the city-region about his project. Similarly, any company or organisation interested in funding or sponsoring the GM Ringway trail can contact him on info@GMRingway.org. Longer term, his new social enterprise hopes to work with other organisations on walking-related projects, whether in terms of route development, mapping, walking events, digital initiatives or guided walks.

Expert opinion: How the 'pingdemic' is affecting the su...

A student who worked for a homeless charity while studying has graduated with first class...

A Bolton student is on the path to a successful career after gaining a first in his...