Fans of Rangers FC will be able to compete against each other in fitness challenges after the Rangers Charity Foundation signed up to an app which aims to get supporters more active. 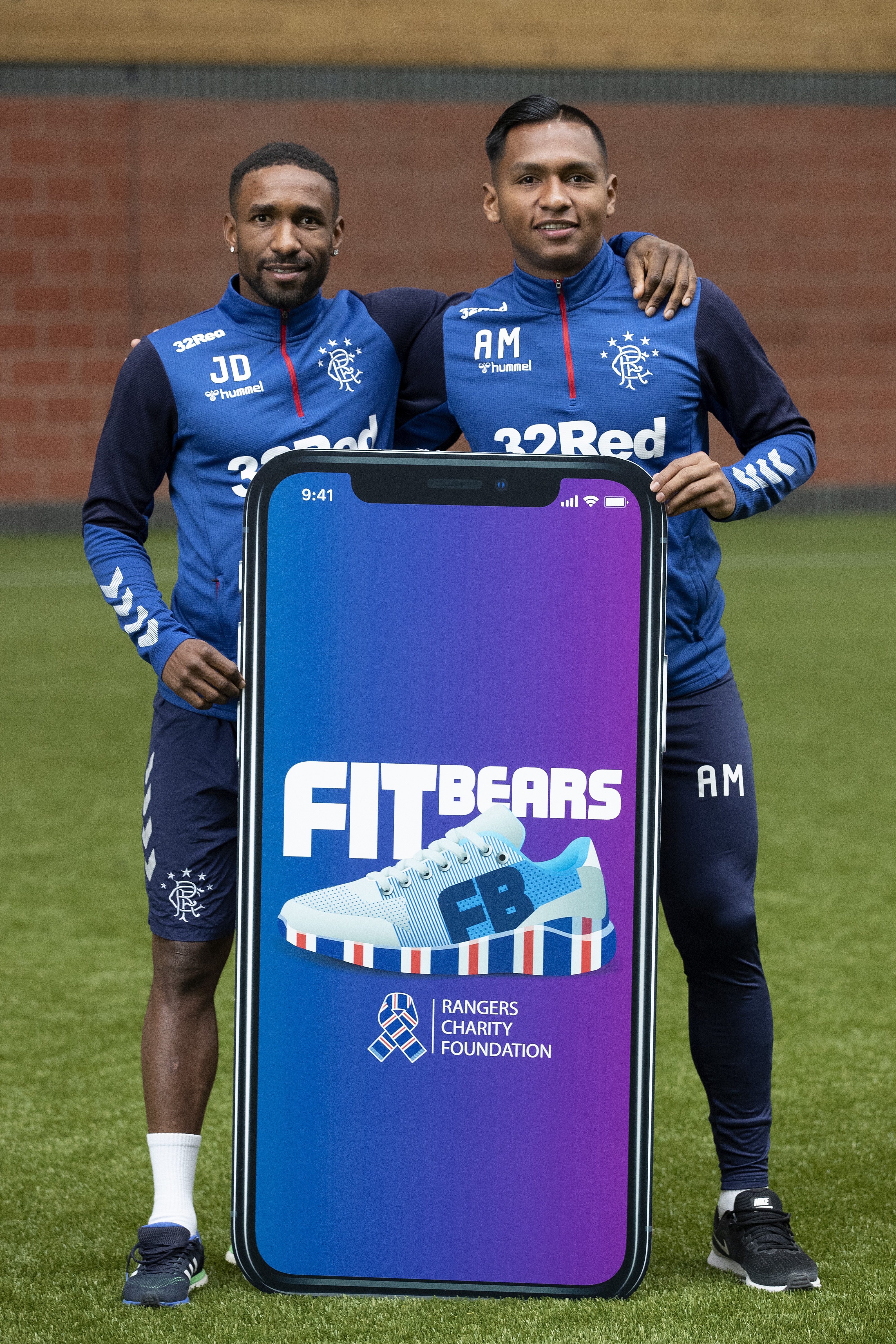 Developed by experts at the University of Salford, the Fan Fit app allows sports fans to compete with each other to see who has done the most walking and running over a period of time, as well as keeping in touch with all the latest news and social media updates from their favourite team.

With heart disease still alarmingly high in Scotland, the app allows fans to create a friendly competition, aligned with their favourite sports club, to improve their fitness and wellbeing.

Now the Rangers Charity Foundation, supported by Rangers Football Club, has agreed to pilot the first Fan Fit app at a football club – entitled ‘Fit Bears’. To celebrate the launch of Fit Bears, the fan who tops the fitness league for December and January will both win a signed Rangers First Team shirt. Runners up will win a Garmin Wristband.*

The UK’s innovation foundation, Nesta, has supported the collaboration between the University, Rangers Charity Foundation and the Scottish Football League Trust as part of the Healthier Lives Data Fund.

Dr Alex Fenton, Fan Fit Founder and Lecturer in Digital Business at the University of Salford Business School, said: “It’s great that Rangers have become the first football club foundation in Scotland to sign up to the app. The aim is to create some friendly competition among fans and really encourage them to get moving and do more exercise. It has definitely had that impact already at the sports clubs which we’re involved with.

“We’ve just released an update to the app on both Android and iPhone. We’d encourage all Rangers fans to download it to get club and Foundation info and updates, but also to join in with the ‘Fit Bears’ fun and experience the new features we’ve added – including the ability to create and share private leagues among family and friends.”

Rangers Charity Foundation Director, Connal Cochrane, said: “We are delighted to have the opportunity to pilot the first ever Fan Fit app in Scotland, and we hope that Rangers fans enjoy using ‘Fit Bears’ with their family and friends.

“The Foundation is dedicated to using the power of football for good and promoting healthy lifestyles among its supporters the wider public – something which is reflected in our many community programmes, which are delivered to children and adults throughout Glasgow.

“We know that the University of Salford shares this ethos and we look forward to supporting them in their aim to get as many football fans moving as possible!”

It has already had an impact with supporters of Salford Red Devils Rugby League club, who were the first sports team to sign up, with fans losing up to three stone in weight since starting to use it.  In total since the app launched, hundreds of Red Devils fans have been using the app and have clocked up more than 400 million steps.

Scotland as a whole recently came near the bottom of league tables for health and fitness, with rates of heart disease and stroke among the highest in the country.

For more information about the Rangers Charity Foundation, visit: www.rangerscharity.org.uk.

Rail strikes could see reduced products on shelves and ...

Today is the second of a planned three train strikes which are bringing most of the rail...

Graduate turning his love of science fiction into graph...

A graphic design graduate from the University of Salford has started his own business...

Expert comment: Rate rise may not be enough to restore ...

As the Bank of England raises interest rates yet again, our experts look at what is...