Last year’s awards were held at MediaCityUK, though due to lockdown restrictions the team decided to take the awards online in a special live event.

You can find all the nominees are read about our worthy winners here: 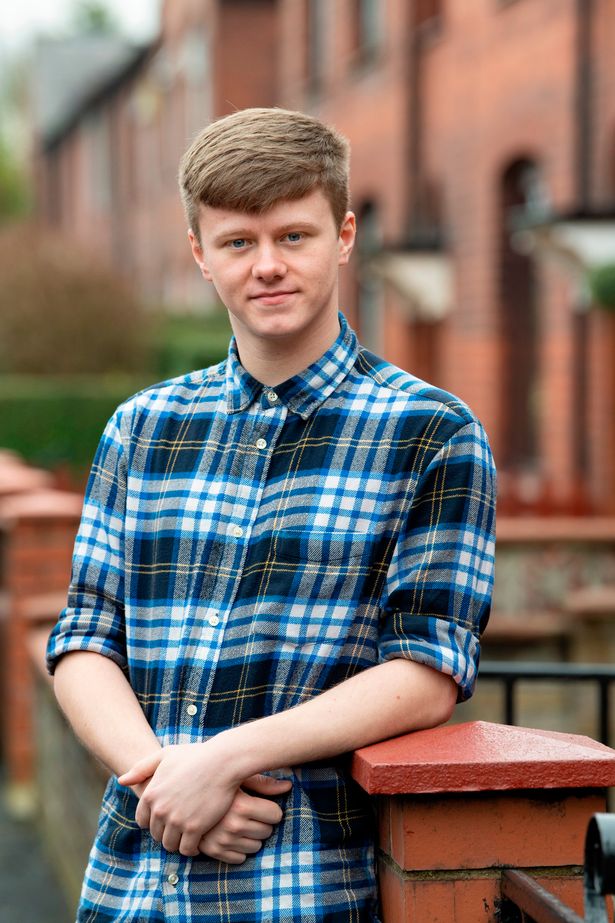 “Jon (pictured right) has been an outstanding ambassador for Salford since he first started at the university in 2015. He was actively involved in student politics, becoming the School of Arts and Media’s sabbatical officer and campaigning for LGBTQ+ policies around campus, among other changes. He’s also a local politician; he was the youngest Councillor in Manchester, presenting the Piccadilly ward, a demanding role, in addition to his study, having an impact in the real world, as well as show is passion for local and national politics on the campaign trail. Jon’s commitment to politics is clear, and his work has had an impact on and off campus, supporting others following the same path. In short, there’s no other worthy winner than Jon and we wish him all the best for the future!”

“Fleur has produced outstanding academic work over the course of several modules. She has shown high levels of interest in the various topics, and has followed queries up with enthusiasm, engaging regularly and maturely with tutors in both electronic and face to face forms of communication. Fleur has consistently sought to apply her knowledge to the study and interpretation of international relations theory and international politics.”

“Sam has performed consistently well across all his modules. His attitude towards his studies is exemplary, with an excellent attendance and engagement record, making valued contributions in seminars and workshops. Sam's dissertation proposal, examining the influence of the Macmillan government's defence policies upon the RAF, promises for a very interesting and insightful project, showcasing Sam's aptitude as a historian in the making.”

“Ever since arriving at Salford, Naomi has performed exceptionally well. She graduated with a well-earned first-class degree in International Relations and Politics. She consistently produced quality work and always fully engages with the programme.  Naomi is a motivated, well organised, articulate but modest student. She wants to move into field of International Development and working on programmes that improve the lives of women, while travelling and working in the developing world over the next couple years.”

WINNER: Josh Clarke
“Josh has performed extremely well this year on our MA in Intelligence and Security Studies (MAISS). A former Salford undergraduate on the Contemporary Military and International History degree programme, Josh quickly adapted to the extra demands of a Master’s programme of study, and immediately started producing work that was of Distinction standard. In addition to the quality of his written work, members of the MAISS teaching team also drew attention to Josh’s willingness to engage in class discussion and debate, through which he made a valuable contribution to the taught sessions.

University of Salford prepares for their annual Festiva...

Bringing together students and industry professionals is the University of Salford’s...

A University of Salford alumna has launched quarterly magazine, SheHub.tv.

In a first of its kind, a Trans-Atlantic session which teamed up the University of Salford...

13.01.22
School of Arts, Media and Creative Technology
All news