National apprenticeship week: How it helped this student shoot to surveying stardom

It is National apprenticeship week and Tom Hodgkins is a reminder of how placements on this scheme can help you catapult to success. 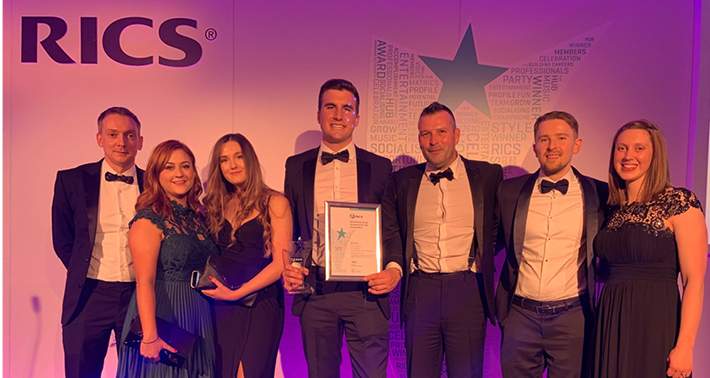 It is National apprenticeship week and Tom Hodgkins is a reminder of how placements on this scheme can help you catapult to success.

He chose to take an apprenticeship because the ability to earn while he learns was of huge benefit to him. He was also attracted to the prospect of guaranteed employment at the end of his placement.  Tom said: “The career development and progression available through an apprenticeship is very beneficial. Essentially you are two years ahead of a recent graduate due to the experience gained throughout the apprenticeship course.”

Now he is involved in national surveying commissions, where he visits sites to survey the properties by himself. He is also involved with project management for public sector clients and he gets to travel to the projects, which are scattered across the UK.

Currently, he is managing the replacement of leachate storage tanks at a foot and mouth burial site. But that isn’t it for Tom. At RLB and externally across the discipline, he is looking to push the use of technology and improve the way surveyors work.

Tom is investigating how to maximize the use of iPads for drawings and measure surveys and how technology can be used to its full potential on a company by company basis. He also plans to sit for further professional qualifications that includes the APC.

Commenting on his decision to join the surveying industry through an apprenticeship scheme, he said: “I joined the industry having just turned 18 and it’s the been the best decision of my life!”

School of Science, Engineering and Environment
12.01.23
All news