Sophie Reaper was presented with the prestigious award for her outstanding result in the National Council for the Training of Journalists (NCTJ) Diploma exams.

Sophie attained the highest marks in the accreditation exam for the whole of the UK for the qualification in Broadcast Journalism.

Since graduating from MA Broadcast Journalism in 2019, Sophie has taken on the role of Video Journalist for That’s TV the UK’s largest local TV operator.

The ceremony was held on 31 January at The Financial Times headquarters in central London, hosted by the FT’s deputy editor Patrick Jenkins.

Mr Jenkins said: “Passing the diploma exams is a great achievement, but to get the highest marks in the UK is exceptional.”

Each winner received a certificate and a cheque for £250 from the award sponsor.

Sophie said: “For me, doing a Masters in Broadcast Journalism was a way for me to gain the skills I needed to pursue the career I was passionate about. It was absolutely the hardest I have ever had to work in my whole life, but I was prepared for that going into it. I’ve never been afraid of hard work, and I’m a firm believer that you get out what you put in, so when it came down to it, I gave it everything I had.

“The award itself really means everything to me; I can’t even put in to words how it feels to work so hard and have it pay off in such a big way.”

She added: “Now, I’m working as a Video Journalist for a news programme called That’s Television, in the Manchester and Lancashire regions. The skills I learned during my time at Salford have proved invaluable, as it means that now, I get to work in the industry I love.”

Dr Martin Hamer, senior lecturer and NCTJ coordinator at the University of Salford, said: “This is a fantastic achievement by Sophie, we are very proud of her. The Journalism department has developed a reputation as a centre of excellence with unparalleled industry links - this achievement underlines this fact.

“The MA Journalism programme is accredited by the NCTJ and has a very strong reputation, both with employers and students. This award not only recognises Sophie’s achievement but is also a credit to the skill of her broadcast tutors Andrew Lindsay and Caroline Cheetham.” 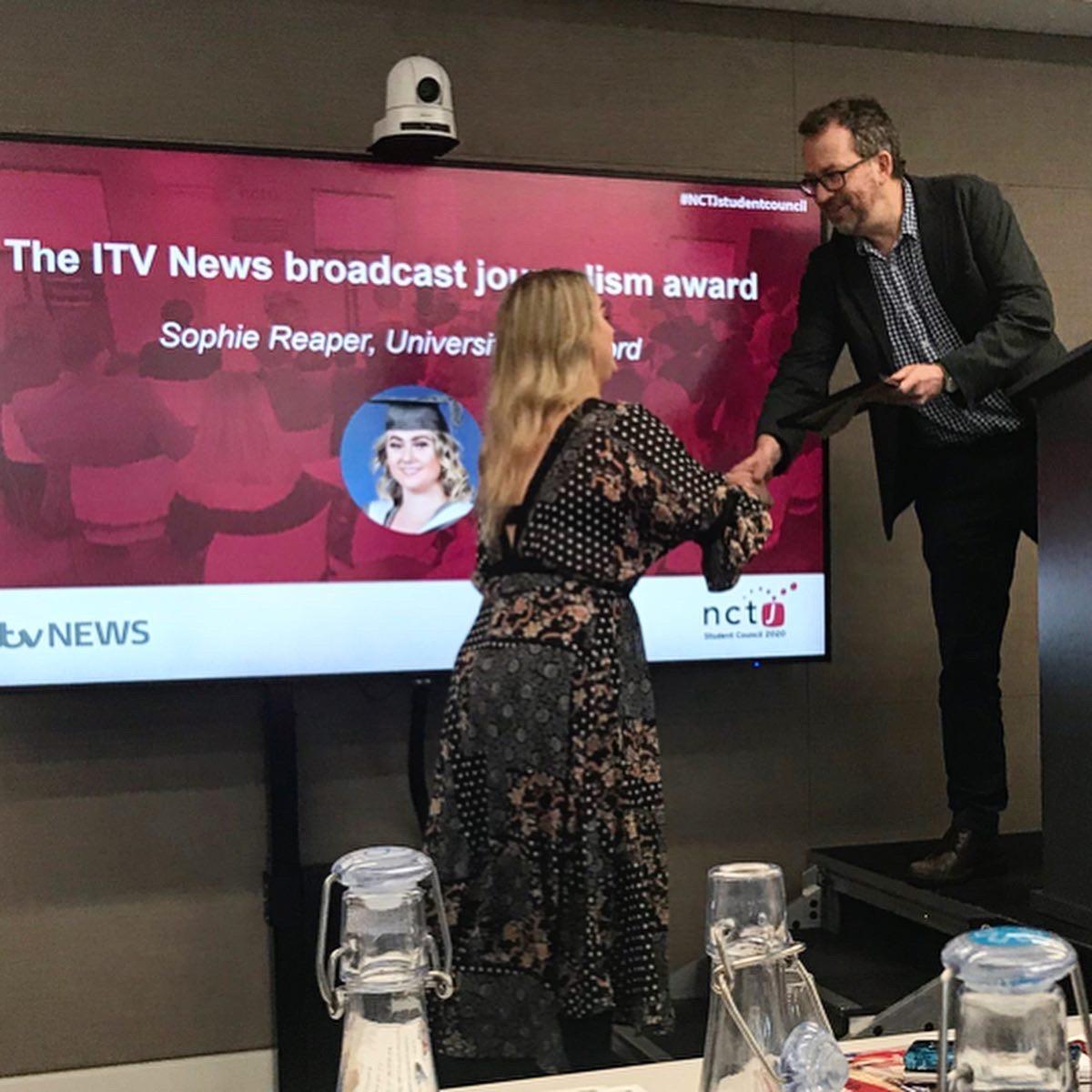 13.05.22
School of Arts, Media and Creative Technology
All news