Lord and the Woolf: The Salford band hitting it big on BBC Radio 6

Meet 'Lord and the Woolf', a band that continues to climb the charts. It was at the University of Salford that they got their start and now alumnus Joe Woolf talks about their success, making music during a pandemic and appearing on BBC Radio 6. 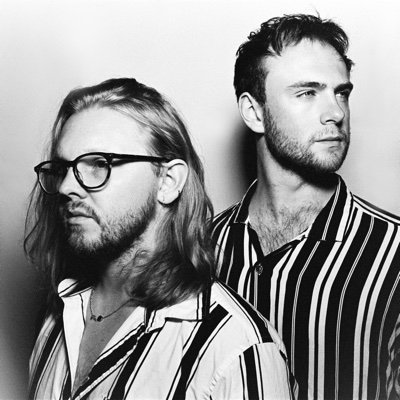 “We got started in the summer of 2018 and while I was on campus there was a jamming session in the practice rooms upstairs. I walked in and my future bandmate Sam was there playing some pieces. We got talking and started writing together, and we’ve been together ever since.”

He joked: “It was almost like a movie scene, I was on my way out the door and we met by chance. It was like destiny.”

Joe, who graduated from the BA (Hons) Popular Music & Recording course in 2018 explained how he describes the band’s unique style of music.

He said: “It’s always very difficult to tell - Indie is a very broad term, but I’d have to say we’re Indie. We often have to pick a category to list ourselves as when we’re putting the tracks online, and we’re never sure what to put.”

Recently, the band was featured on BBC Radio 6’s ‘What happened while you were sleeping’ where they played their new song ‘Young’ which highlights youthful lust and love, and how it can harness the power to distort our moral compass.

He said: “We decided to run a PR campaign for the song, and we pitched it to the producers at Radio 6, it kind of just happened.”

Joe then explained how he recorded the track in the middle of the pandemic, and says that the success is in part, thanks to Salford.

He said: “We actually recorded this at Salford. The studios were open at the time, we got in there in June. We had recorded with the musicians before the first lockdown and then after that it was just Sam, me, and the sound technician all socially distanced, so it worked out for us."

Joe re-located to France during the pandemic to live with his mother. During that time he said that he noticed a severe difference in how French and British artists are treated, expressing his frustration.

“When I was furloughed the pay was pretty poor for me because I had a low average of weekly hours. Sam works for events, rigging for festivals so all his work was cancelled too.

“The arts just haven’t had a fair deal in Britain. I know in terms of financial support for the arts it’s better France.”

Joe looked back fondly at his time at the university, gushing over the facilities and the course.

He said: “The equipment was phenomenal. I had spent time in both the old Adelphi building and the New Adelphi and loved it. The setup is almost ludicrous – it has to be one of the most well-equipped universities in the UK.

"The course is so varied, and we’ve been exposed to many different career paths because there’s so much variety on the course. We’ve been shown acoustics, ethnic musicology, performance, composition and recording – there choices are endless really.

"I went down the recording and performance route, which I wouldn’t really have been able to do with many other courses.”

He added: “The staff are what make it. You’re learning on the job constantly and learning things you can’t learn out of textbook, so you need people to help guide your way.”