Priya Matharu, who graduated from The University of Salford in BA (Hons) Broadcast Journalism in 2019, presented the Asian Beats Show in December as part of BBC Radio 1’s Christmas schedule. 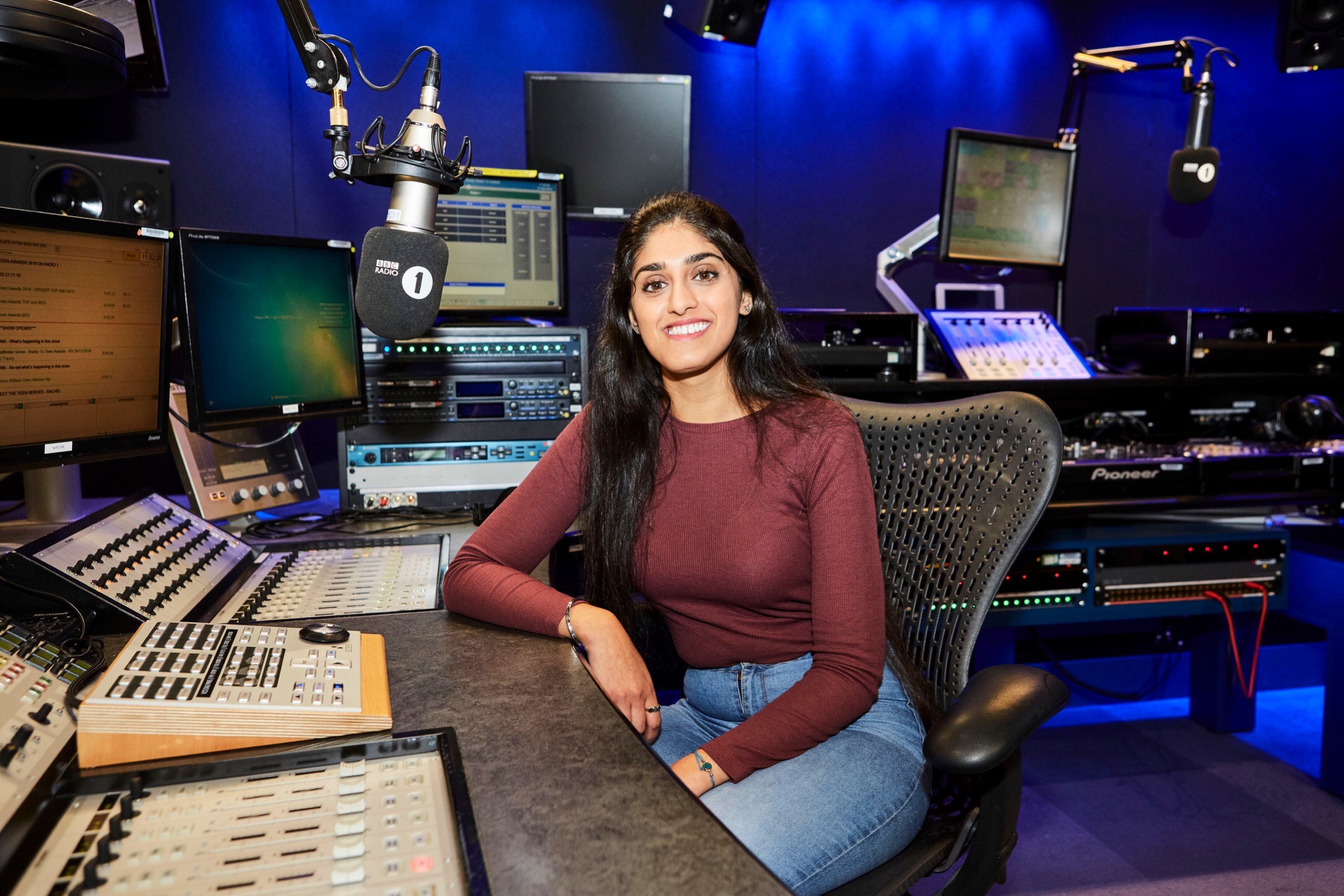 Priya saw the opportunity on Twitter and after applying she received a phone call from Head of Programmes at Radio 1, Aled Haydn Jones, who confirmed she had secured the presenting role for the Asian Beats Show.

She said: “I was on my way back from the University of Salford Student Radio Awards at the time, where I won Silver Best Specialist Programming for my show 'Desi Beats' on Shock Radio. So, I was already very happy, and the Radio 1 news just made me even happier...and a bit emotional!”

Over 1,100 people applied for the dream presenting role which was then shortlisted to 35 presenters.

Talking about the experience, she said: “It was incredible to be able to present on BBC Radio 1! This is once in a lifetime, so I don't take it for granted! I'd never been to the BBC studios in London before, so I was really excited. I got to meet the Radio 1 and Asian Network producers, which was amazing.”

She added: “To actually work with a producer and sit behind the Radio 1 microphone in the same chair as so many legends was very surreal! It went so quick, but I am grateful for the opportunity.”

Priya currently presents her show 'Desi Beats' at Birmingham's community station, Switch Radio, every Saturday 11pm-1am where she plays the best in Asian music and interviews upcoming artists. She hopes to present a  show on national radio