How working through the pandemic left midwifery student ‘ready for anything.’

Second-year midwifery student Marie Layne reflects on her placement, which took place during the pandemic. 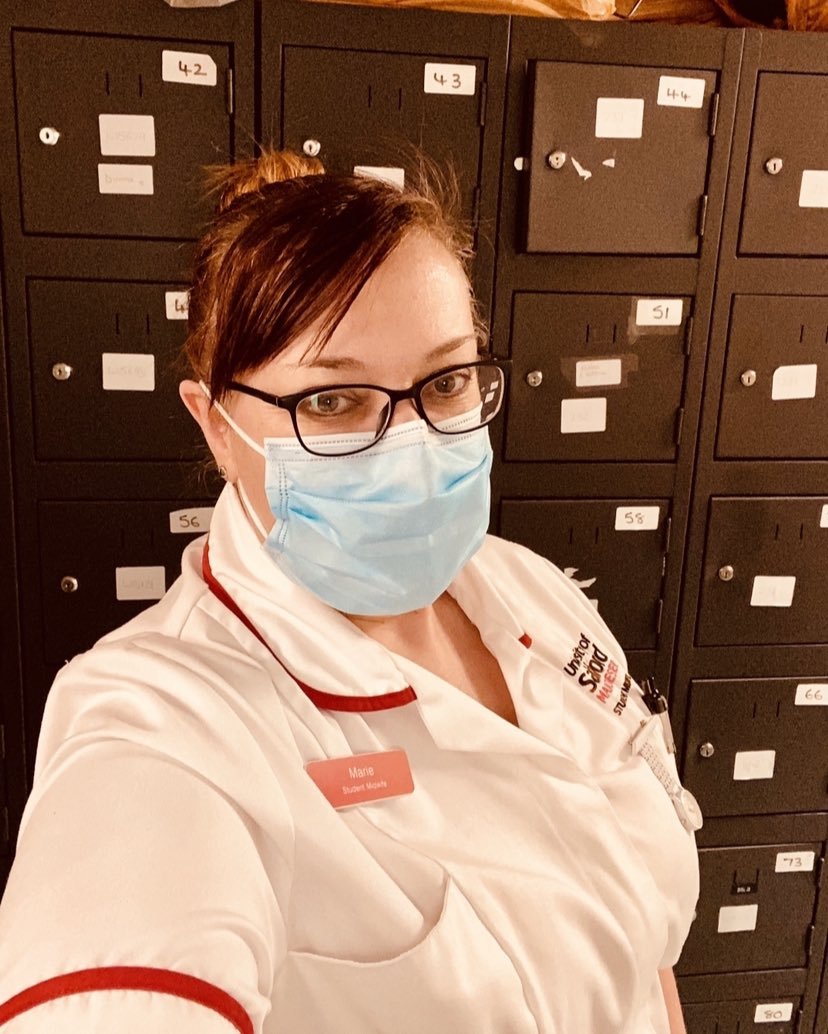 Marie took a long time to decide whether to opt-in to her midwifery placement. Due to guideline changes, students would have to attend placement every week from April until mid-August, whereas usually they would alternate blocks of placement with blocks of university study, each lasting three to four weeks.

Ultimately, this meant that all academic work still had to be completed while working long shifts.

As a mature student, Marie was wary that not opting in would have delayed her qualifying.

She said: ‘Not being on placement meant that I wouldn’t be using my skills – I needed to be actively developing them to stay on track with my degree.’

That’s also why, for some students, the decision to not opt-in was a very difficult one.

Another big factor was that, on a usual placement, students would have supernumerary status, so would always be supervised. But in this instance, opting-in meant losing that status and being expected to work unsupervised at times.

However, Marie felt as though she was sufficiently trained, and had enough support from the university, to work unsupervised when required.

As her placement approached, Marie started to feel nervous about the risks of coronavirus. But, once she was on placement, she felt well supported and found that the other midwives made a point to reassure fellow students.

During the May half-term, Marie became unwell after contracting coronavirus.

‘I experienced discomfort in breathing and was fearful that I might develop some of the more serious symptoms, such as breathing difficulties. I was also very worried about my husband contracting it, as he has Type 1 Diabetes so is more vulnerable.’

Fortunately, she didn’t require any treatment and after self-isolating, Marie was ready to go back on placement.

On the wards, Marie thought how strange it must be for the new mums, who were not able to have visits from grandparents and extended family.

‘I felt sorry for some parents because I could tell that they valued having family around and were missing it. But others felt safer this way - they could just be in their own little bubble and didn’t have to worry about welcoming visitors.’

Midwives also had to adapt to wearing extra PPE on shifts. This made the working conditions much hotter. Marie found that the masks made it difficult to provide the same kind of reassurance and comfort as they are used to.

‘It’s hard to express empathy without the full use of your face. These women are vulnerable and scared at times, so it’s important that we can provide this.’

Marie made up for this by giving an ‘exaggerated’ smile behind the mask, hoping it would show in her eyes.

Despite the challenges, Marie looks forward to her final year of university and now feels better prepared for upcoming placements.