First UK study of its kind, led by The University of Salford, reveals the local extent of Fetal Alcohol Spectrum Disorder 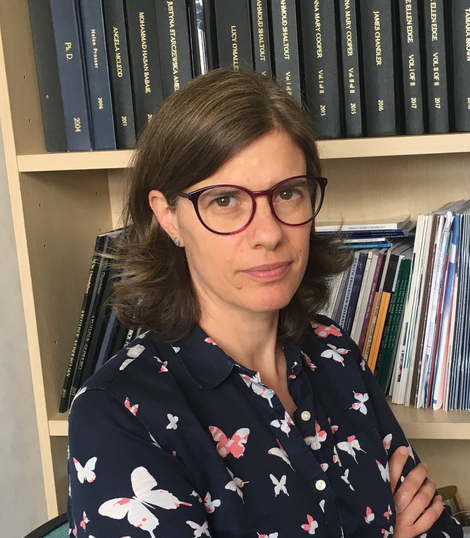 The University of Salford research, led by Professor Penny Cook and commissioned by the Greater Manchester Health and Social Care Partnership, is the first of its kind in the UK. It found that FASD is a significant issue among the population, likely to be as common as autism, despite being rarely diagnosed.

The study investigated the number of primary school children affected by FASD in Greater Manchester.  Working with entire year groups of 8- and 9-year-olds and their families, researchers found that 1.8% of children taking part had FASD (the equivalent of 619 children across Greater Manchester). This increased to 3.6% when including children who possibly had FASD (the equivalent of 1,238 children). Crucially, none of these children had previously been diagnosed with a developmental condition, and therefore were not able to access additional health and educational support to help them fulfil their potential.

When it comes to drinking alcohol when pregnant, there is no safe time or no safe amount

FASD is a range of lifelong disabilities caused by drinking alcohol during pregnancy. It includes physical, mental, behavioural and learning impairments and often causes difficulties with speech, language, memory, attention, planning and decision-making. Traditionally, many children with FASD are either misdiagnosed or do not receive a formal diagnosis, and consequently do not receive the right support. As a consequence, they are at increased risk of having a disrupted education and coming into contact with children’s services and the criminal justice system.

Professor Penny Cook said: “This is the first UK study that directly finds evidence that FASD affects a significant number of children. In most cases, the children had not had a previous diagnosis of any disorder. All of them were struggling to learn at school. If we assume that this pattern is similar in other schools, there needs to be more investment in diagnosis, and more support for affected children. With the right support, people with FASD can have productive and fulfilling lives. We hope that this research will shine a light on this otherwise hidden condition so that children with FASD can be supported to reach their full potential.”

Anna Webster, parent of an adopted child with FASD from Chorlton said: “I think as a culture we love our booze and no-one really understand just how toxic it is. There is no safe amount to drink in pregnancy and I think there’s this image that people are being hysterical about it, to which I’d say come and spend some time in a house where somebody’s got FASD and I don’t think you’ll think that anymore.

“The findings of this study are staggering and this is just the tip of the iceberg. Most people have never heard of FASD, bringing awareness and understanding to this hidden disorder will make such a huge difference.”

Since 2019, Greater Manchester Health and Social Care Partnership has been leading the way in responding to and preventing the significant but under-recognised harms of drinking alcohol during pregnancy.

Its pioneering Alcohol Exposed Pregnancies programme provides guidance and support to expectant mothers and their partners when planning a pregnancy, while pregnant, and after giving birth. This is accompanied by new training for the maternity workforce, and an award-winning #DRYMESTER public awareness campaign to raise awareness of the harms and encourage all would-be parents to go alcohol-free.

This programme was recently highlighted as best practice in the government’s national fetal alcohol spectrum disorder health needs assessment. The prevalence study published today underlines the importance of this work and supports the case for further and more widespread action.

Sarah Price, interim chief officer, Greater Manchester Health and Social Care Partnership said: “Greater Manchester has led the way by commissioning the UK’s first substantial research into rates of fetal alcohol spectrum disorder within a local population. Delivered with the leading universities of Salford, Liverpool and Manchester, the gold-standard methodology has revealed a significant proportion of our residents are likely to be affected, but without proper diagnosis and therefore unable to receive appropriate support.

“We hope that this ground-breaking study will see it become more widely recognised how Fetal Alcohol Spectrum Disorder affects a significant number of people, and that this in turn will increase their access to diagnosis and appropriate support. Together these would empower hundreds more residents each year to overcome the barriers many would otherwise face to living the happy, healthy and prosperous lives all our residents deserve.”

Bill Esterson MP, Chair of the All-Party Parliamentary Group on FASD said: “Many people are not aware of the damage alcohol can have on an unborn baby and that drinking even small amounts during pregnancy can lead to life-long problems for the child.

“The advice from the Chief Medical Officer for England is that pregnant women, or those planning to become pregnant, avoid drinking any alcohol at all. Sadly, the findings of this study are unsurprising. Drinking when pregnant is a sensitive, even taboo, subject. It is also, still – socially acceptable. As a society, we turn to alcohol when we’re celebrating, when we’re stressed, when we’re socialising and when we just want to chill out. It’s society’s acceptable drug. I hope that the findings of this study will help to open up a national conversation about the dangers of drinking during pregnancy so that fewer babies are born with lifelong health problems”.

These findings coincide with FASD awareness month. September is the ninth month of the year, signifying the nine months of pregnancy, to promote a healthy – and alcohol free – pregnancy.

You can find out more about FASD here and on twitter @FASDSalford.