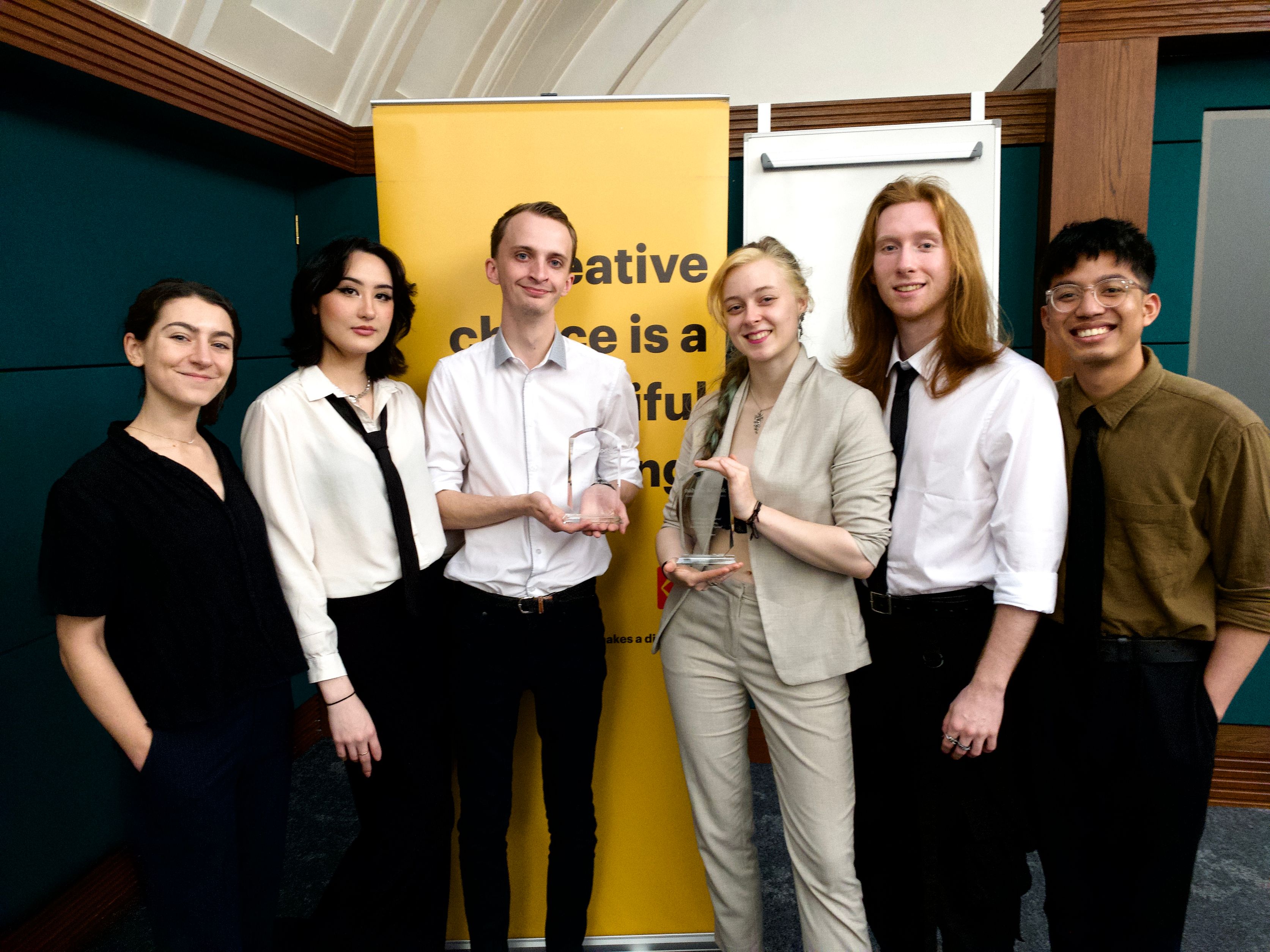 Competing for the first time against 53 entries from 12 institutions the University proudly came away with 2nd and 3rd place in ‘best in brief’ at the Kodak NAHEMI Student Awards.

NAHEMI is the National Association for Higher Education in the Moving Image, which represents and develops all aspects of teaching and learning the craft of filmmaking, by connecting higher education institutions from across the UK through competitions, conferences, and film festivals.

Every year NAHEMI host a competition in collaboration with Kodak, where students from various institutions across the UK are given a brief and required to shoot a 30 second commercial, using 10 minutes worth of 16mm film stock, provided by Kodak.

This years’ competition was hosted at the historic Regent’s Street Cinema in the heart of the University of Westminster. Regarded as the birthplace of cinema in the UK, the venue opened in 1848 and is known for hosting the first ever screening of a moving image film in the UK; ‘La Vie Commence Demain’ by the Lumiere Brothers in 1896.

Steven Wyatt, Academic Fellow for Film Production, said: “I think considering this year has been our first entry into the Kodak Commercials which has been running for more than 30 years, the students have done exceedingly well against some very established institutions delivering on professional live briefs from big brands. The discipline of working with film & marketing a product will serve them well in their future careers.

“I’d like to thank fellow colleague; Lecturer and Cinematographer Laura Hilliard who made bringing motion picture film and the commercial brief to Salford a possibility.”

BA (Hons) Television and Radio Production graduate was one of the Charles Parker Prize...

An Interior Design student has had their design chosen to turn an old school bus into a...

We Invented the Weekend - A free festival for the North

The University of Salford will partner with the BBC, The Lowry, Eat Well MCR, HOST, Ipsos...

29.07.22
School of Arts, Media and Creative Technology
All news