Film Production colleagues from the University have been involved in the making a film about the death of David Oluwale. David was a Nigerian immigrant who came to Leeds to start a new life but was hounded to his death and chased into the River Aire by officers from the Leeds police in 1969. 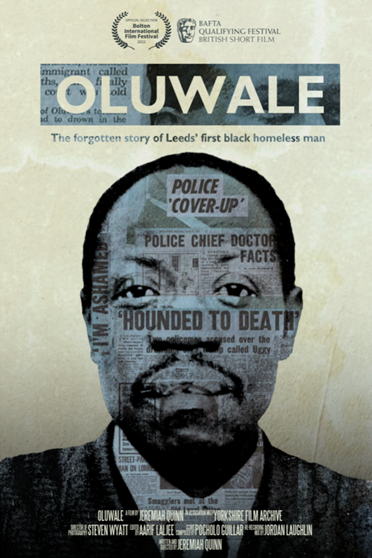 Film Production Academic Fellow, Aarif Laljee, said: “It is a landmark film with a story that must be told, and we are incredibly pleased to announce that the film will be premiered at Bolton Film Festival on Friday October 7th.

Celebrating films from home and abroad, Bolton Film Festival acts as an amplifier of emerging and established talent. Through its industry talks, masterclasses and networking sessions it aims to break open the door to a creative industry that many people find difficult to access and navigate.

The festival is a BIFA and BAFTA Qualifying short film festival and a Creative England CE50, it has been consistently voted a "Top 100 reviewed" festival from over 10000+ worldwide on FilmFreeway since inception.

You can watch the trailer below: