Congratulations to the School of Arts and Media’s Dr Jade Munslow Ong (pictured) who has just accepted a £203,062 grant from the Arts and Humanities Research Council (AHRC) for a project on South African Modernism 1880-2020. 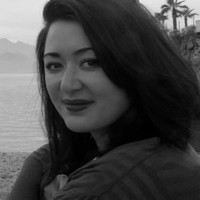 “African artists and writers are rarely associated with modernism,” said Jade. “Th research aims to overhaul this conventional understanding by investigating the key roles played by South African writers and writing in the development of modernism across the nineteenth- to twenty-first centuries.”

Since 2000 there has been a growing interest in global modernist studies. “Brazil, Russia, India and China, which together with South Africa constitute the BRICS nations, figure amongst the key emerging global powers. Whilst the first four are increasingly gaining attention as premier sites of modernist innovation, South Africa has yet to be recognised as such”, said Jade.

Through public-facing events held in the UK and South Africa, along with scholarly and crossover academic/journalistic publications, the project team will also be examining the transnational personal and literary connections of writers such as William Plomer, Roy Campbell, Richard Rive, Bessie Head, Lewis Nkosi, Nadine Gordimer, Peter Abrahams, Alex la Guma, and others.

These events, people and texts established and inspired modernist literary forms in South Africa and beyond, and affected global public perceptions of colonial, apartheid and postcolonial South Africa. They therefore provide the research team with vantage points from which to assess the relationships between modernist literature and politics on the world stage.

“Importantly too, the research is designed to support and enhance efforts to decolonise education,” adds Jade. “Modernism and modernist scholarship is not exclusive to Europe and the USA but emerges from Africa too.”

Project outputs will include a monograph, edited collection of essays, and a new scholarly edition of Schreiner’s The Story of an African Farm. Public-facing events and academic workshops organised as part of the project will support the creation of freely-available research and teaching documents, recordings of talks by academics, non-academic publications and other online resources. The project will therefore open up new perspectives on modernism and South African literature for scholars, educators and the wider public.

The research project Co-Investigator is Prof Andrew van der Vlies from Queen Mary University London and they will be further supported by a Research Assistant who will be based at Salford.