From balancing life in the studio to life on the pitch

Meet the Interior Design student who has scored a place in the England Students Women’s Rugby squad. 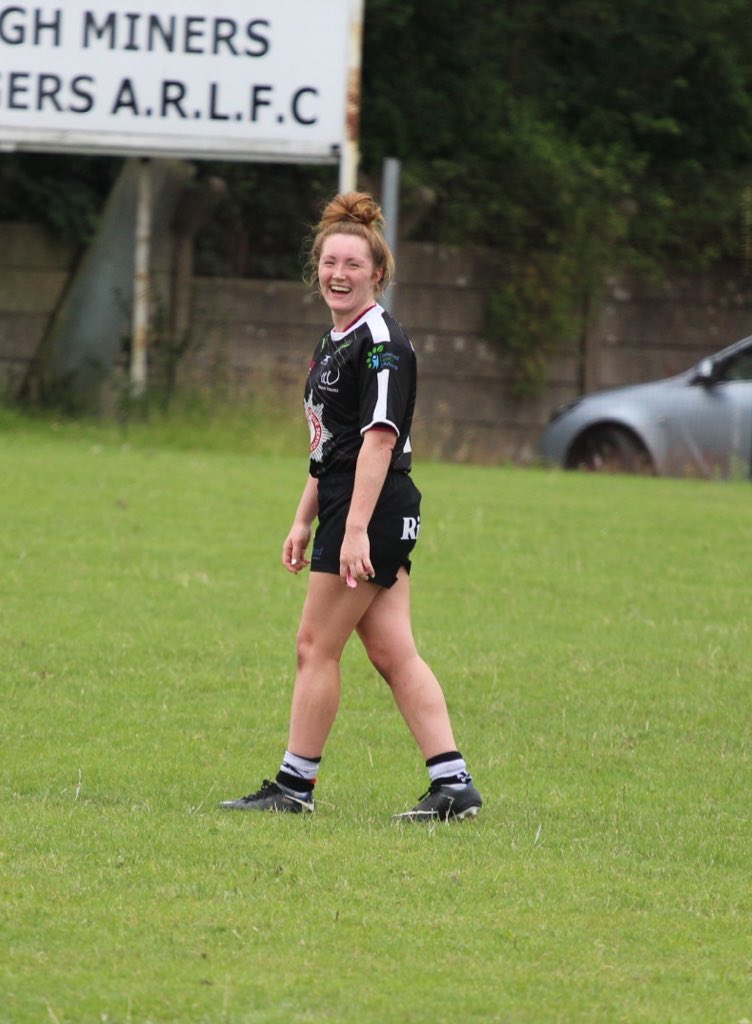 BA (Hons) Interior Design student, Abigail Latchford, 22, from Wigan, has been playing rugby since she was 14 years old after a teacher at school approached and asked if her and her classmates wanted to start a rugby team.

“Women’s rugby wasn’t really a big thing back then, but we were rough and ready, so we agreed and started training,” Abby said.

She continues: “When it came to our first tournament, we didn’t even have matching kits or anything and we had these big rugby boots - we looked so funny, but we smashed it! We were undefeated for two years at school.”

When she left school, Abby decided to pursue another passion of hers. “I always loved art and design at school as well as rugby,” she said. With this in mind, she enrolled herself at college to study for an extended diploma in art and design.

While studying what she loved, Abby’s hunger for rugby persisted as she continued playing for Wigan St Patricks whilst at college where her and her team won the cup at Lancashire vs Yorkshire match.

“Once you start playing rugby you just can’t stay away from it!” she said.

When she left college, she continued going from strength to strength and joined her home club, Wigan Warriors.

“It was such a massive deal playing for my hometown,” she said.

Playing for a new team and having left college Abby began to think about the next step. She said: “I didn’t really think about going to university as it was quite a scary thought for me, but I felt really inspired by my 3D Design teacher and decided to look at universities.”

After attending different university open days, Abby had her heart set on Salford. “Nothing compared to the facilities that Salford had especially the idea that I would be getting to study in the New Adelphi building.”

About to start an exciting new education path, Abby made the decision to leave Wigan Warriors and to start playing for a smaller local team, Orrell St James, in the hopes of getting more pitch time. “I got asked to be the captain of the team and we ended up being undefeated all season, went to the cup final, and were league leaders,” she said.

Abby joined the University of Salford in 2017 to study BA (Hons) Interior Design and is now in her final year but, after moving onto Widnes Vikings last year, finding the balance between sport and design has not always been easy.

“I struggled to focus on university at the start because I was spending 5 days a week training, playing matches, dealing with injuries and then trying to fit in my university work. It was hard.”

In January, trials came around for England Students Women. “I was unsure if I should go for it or not,” she says. The trials saw 75 girls across Lancashire and Yorkshire try out before the final squad of 24 were selected, Abby being one of them.

“It was quite a shock! To think I could be competing in tournaments in the World Cup next year is crazy.”

With training already started Abby says it’s about finding the balance. “I’ve had comments like do I want to be a rugby player or an interior designer but I’m a go with the flow person, I’ll choose what I think I’ll get the most out of.”

She is in the middle of her final year project, designing a youth zone sport centre for children which focuses on wellness and wellbeing.

“I came to Salford to do design because I am passionate about that but I’m also passionate about sport. I do what I enjoy in university and outside of my degree, and I think that has benefited me.”