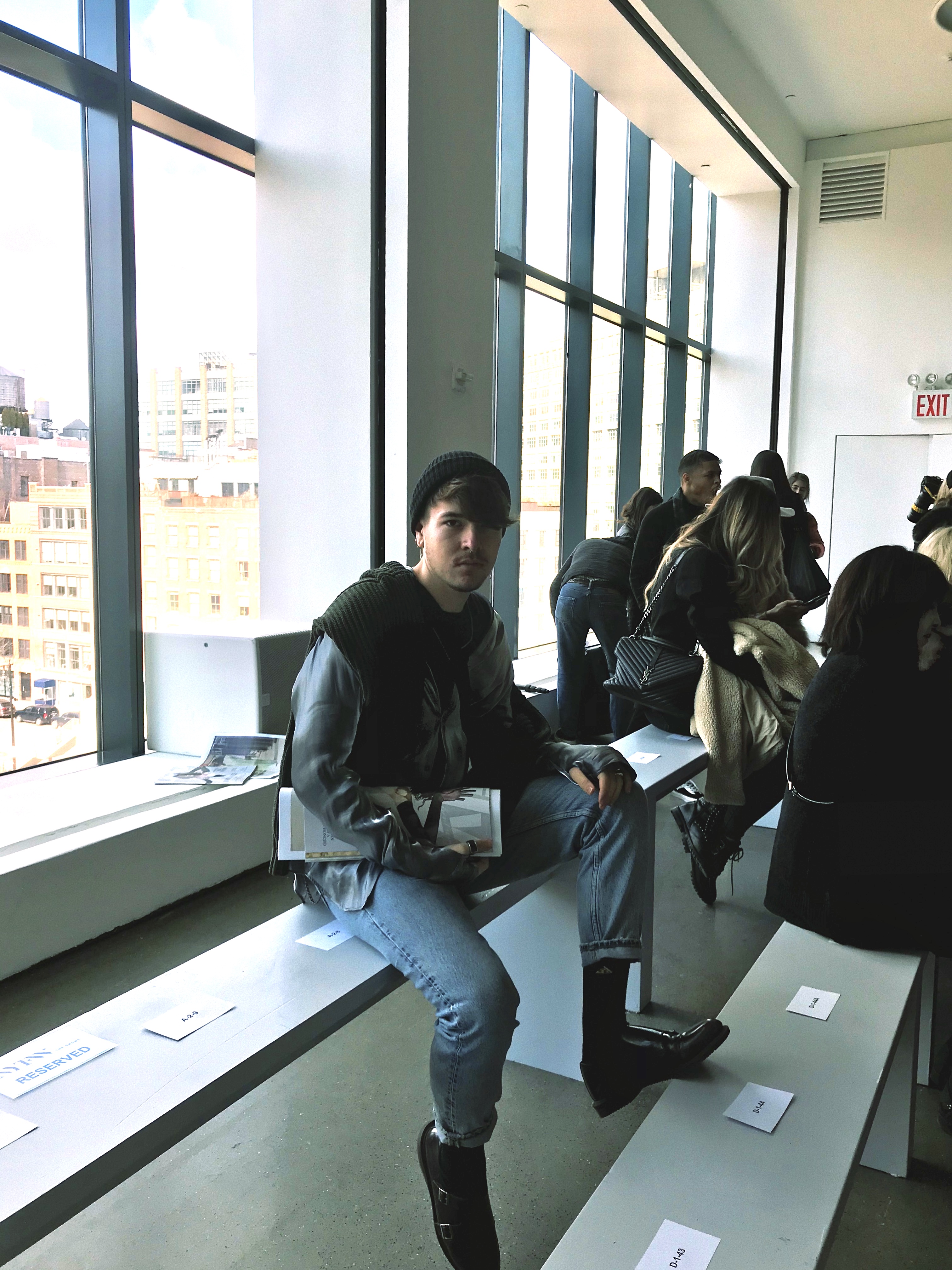 Brendan entered the competition while in his final year studying BA (Hons) Fashion Design at the University of Salford. He will receive an internship, along with a £2,000 cash prize.

“It really is the dream opportunity,” he said. “I’ve always been a huge admirer of Burberry so put my heart and soul into the designs.”

Reflecting Thomas Burberry and Riccardo Tisci’s recognition of the power and symbolism of animals, Brendan used Burberry Animal Kingdom as a theme for his collection which focused on ages 4-10 years.

“I started thinking about all the wonderful imagination that children have. From that I conceptualised the idea of a pink path which is symbolic of the journey of childhood, and kids using their inner animal to guide them towards becoming a strong, brave individual.”

His designs included a bold pink animal print dress, a volumous denim jacket in iconic Burberry check and even a playful tiger-adorned picnic blanket “for the adventures that the pink path holds”.

After his designs made the final shortlist Brendan was invited for an interview with respected fashion insiders including Emily Lovecchio, Head of Design – Childrenswear at Burberry, Beth Felix Vas, Childrenswear Merchandising Director at Burberry, Judith Rosser-Davies, Head of Government and Education at the British Fashion Council and Lydia King, Fashion Director at Harrods.

Overall, he was praised for his passion which shone through in the interview, strong creative vision, and interesting yet commercial silhouettes.

“Studying fashion at university couldn’t have been a better experience, however, it’s been a challenging year for all – this opportunity is the light at the end of the tunnel,” he adds.

Bashir Ashwat, Programme Leader at the University of Salford, said: ““We are all extremely pleased and proud of Brendan, this is a wonderful achievement and we wish him the very best success for his future.”

Brendan is excited to use his creativity in the world of “little style” and hopes to forge his way to becoming an established designer.

Excitingly the 21-year-old was also recently shortlisted in the first ever ASVOFF X ARTSTHREAD x FNL Network Competition, alongside other creatives from across the globe. Since its launch in 2008, ASVOFF gained critical acclaim for encouraging both emerging and established artists to reconsider the way that fashion is presented and for challenging the conventional parameters of film. You can watch Brendan’s film, Midnight Snack with Ruby Hanger, here.

Nations and Regions: Media Futures to explore the futur...

After the success of previous BBC Digital Cities events last month, the University of...

The 75th anniversary of the 5th Pan African Congress – a crucial event in the African...

Five University of Salford students are aiming to bring poetry lovers together with their...

01.10.20 School of Arts, Media and Creative Technology
All news