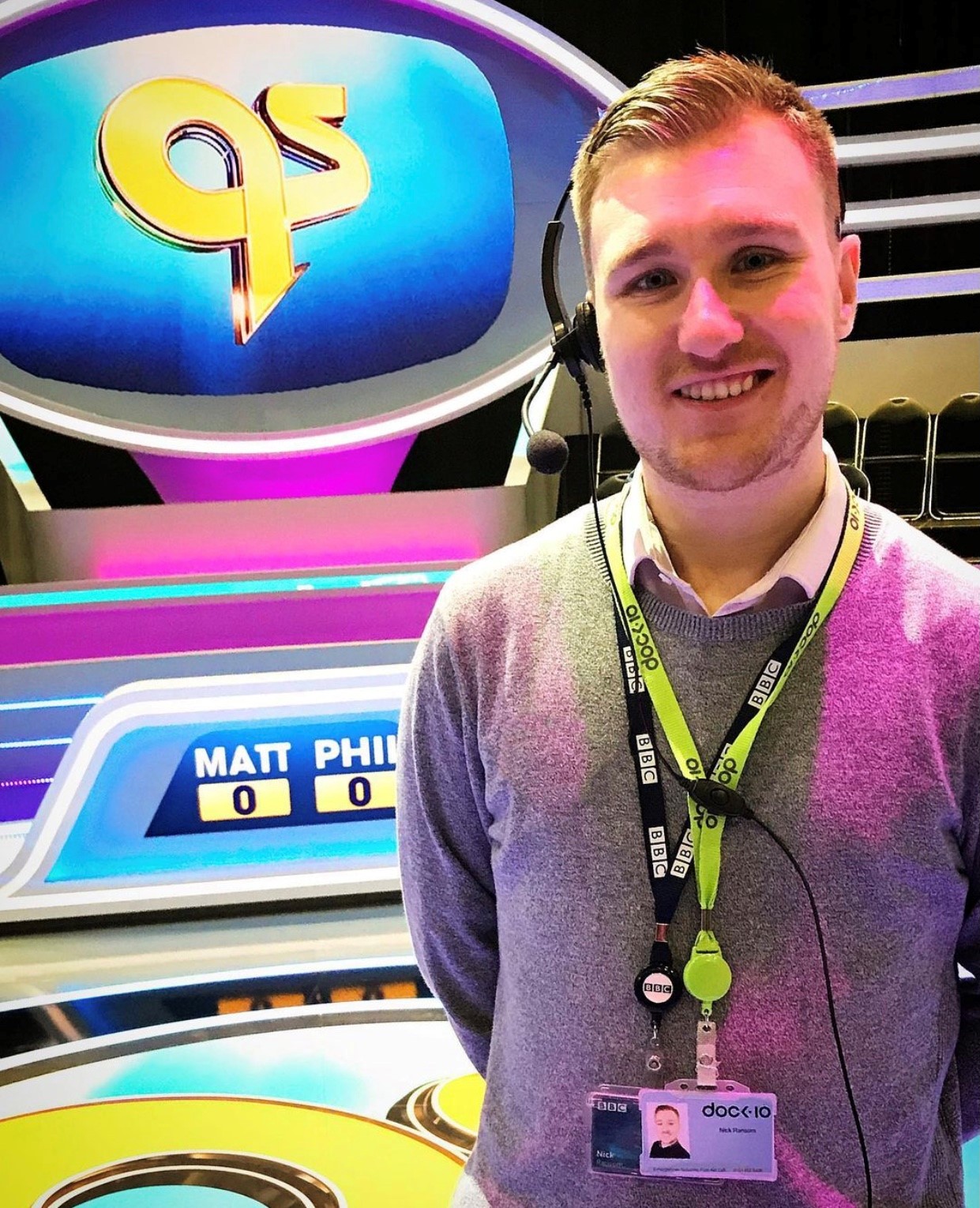 Nick, who studied a BA (Hons) in Television and Radio Production, started his role at BBC Sport as a Journalism Researcher this month.

Nick said: “Ever since I arrived at Media City in 2015, I’ve dreamed of working in Sport and there were many occasions I’d just stand on the piazza looking up at the buildings I’d want to work in. I do this less now but still try and have that moment of reflection!

“I’ll be supporting technical operations to help ensure the BBC Sport website is running as smoothly as possible. It’s absolutely fascinating learning about how things work behind the scenes and these roles were what I dreamed of doing growing up.”

Nick graduated in 2018, after which he started working for ‘BBC Children in Need’. He reflected on how daunting those first few months after university can be, but also how important it is to not give up.

“It was the end of August when I found work at BBC Children in Need. It was the toughest three months of my life, getting knocked back and constantly doubting whether I was good enough. I always say to people who ask me about overcoming those initial no’s, that if you want it badly enough, you’ll get there. Job searching in this industry can be so brutal, but you just have to keep going even when it feels like you’re getting nowhere.”

He added: “After a few months working at Children in Need as a social media assistant, I joined Radio Manchester as a digital broadcast journalist. I was then lucky to land a role on A Question of Sport before moving to Bitesize. When the pandemic hit, I was able to help with the new educational service in the BBC.”

Nick reflected on being diagnosed with autism while at university and spoke about making the media more accessible to a diverse audience.

“The news was a shock but provided me with a much stronger understanding of myself, allowing me to develop further. I know how difficult it is to make it in the media when you have a barrier.

“Now, when I’m not working, I use my time to grow The Neurodiverse Media Community which I created. Its aim is to connect, engage and support talent who also have a neurological condition. We have to make the media more accessible. It’s pointless creating content if it’s not created by people as diverse as our audience.”

Finally, Nick praised his lecturers, the course and looked back on all the opportunities he grabbed while at Salford.

“I learnt so much on my course and had some truly fantastic lecturers who equally as passionate about their subject. It was stunning how many opportunities were presented to us and without all those events, experiences and contacts, I’d certainly not be where I am now.”

To learn more about Nick’s journey and see his work, you can view his website here.