The Richard Badnall Papers are letters and documents about the invention of an undulating railway between 1832 and 1836. Designed Badnall and his colleague Richard Gill, the idea was that gravity would help to motion railway carriages.

The invention of the undulating railway came at a time when developments around railroad technology was in boom. George Stephenson's Liverpool and Manchester Railway had opened two years earlier in 1830 as the world's first inter-city railway. But there was always room for improvement to make this mode of transport safer, quicker, and more reliable. Whilst Badnall was one of many aspirant inventors at the time, his idea for an undulating railway attracted international interest from New York and France.

A sketch of Badnall's undulating track.

The Papers contain several examples of Badnall's correspondence to his peers.

Plans for a station platform design.

A key item of the collection is Badnall's handwritten specification, which features a small diagrammatic sketch of the theory. A list of expenses gives insight into the costs involved in applying for a patent in the early 19th century. Most of the collection is correspondence from Badnall and Gill to their supporters, interested parties and other 'railway men'. This includes correspondence from Robert Stephenson and to George Stephenson (with reference to Dr Dalton), about the concept.

The 19th century saw amazing advances in science and technology, many of which were life changing. But at the same time there were many inventions that did not see the light of day. Seen in their historical context, these inventions and designs shed light on the sorts of problems and challenges encountered by people and societies in the past. 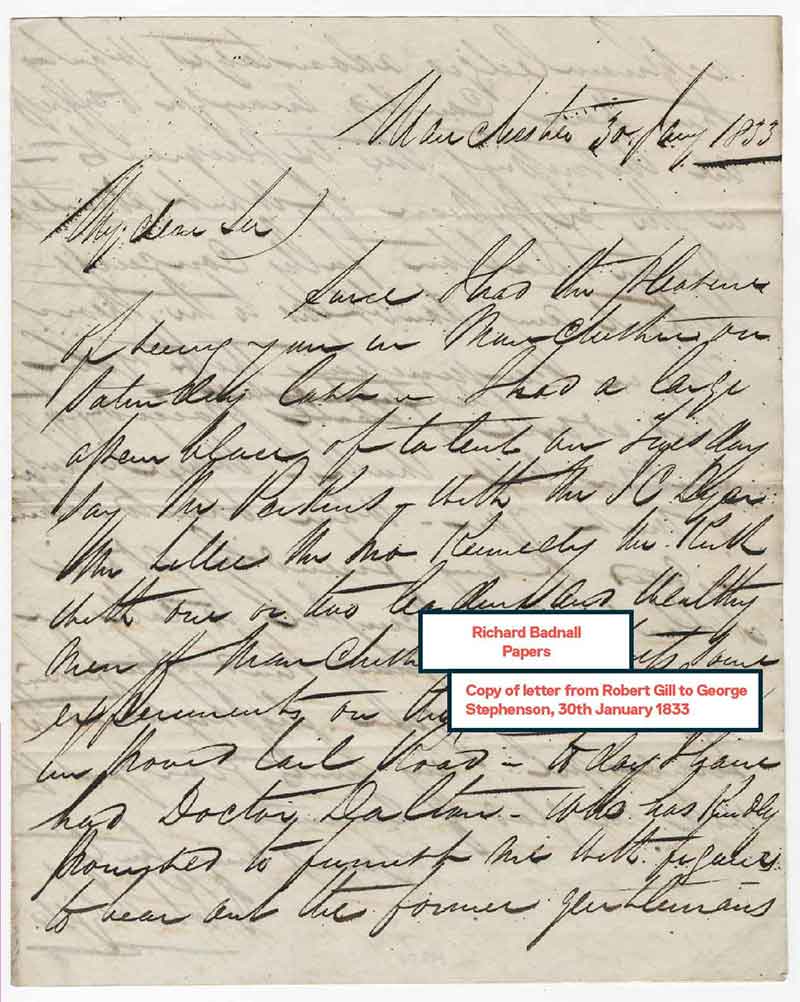 The collection gives an oversight into the process of technological innovation in the 19th century, the relationships between men in industry and how ideas circulated and were received.