The Collection comprises photographs capturing maintenance and engineering works, mostly along the course of the Bridgewater Canal dating from around 1910 to 1945. The photographs were taken by the Bridgewater Department of the Manchester Ship Canal Company, which was responsible for operating and maintaining the canal as a transport route for waterborne freight, as well as associated infrastructure.

Images of canal bridges being built and repaired feature heavily in the collection. There is also an impressive aerial photograph of the iconic Swing Aqueduct at Barton upon Irwell, an engineering feat as the first and only swinging aqueduct in the world.

Traffic on the canal

A team of workers assist a diver at Timperley Brook Culvert, 1937.

Particularly interesting are photographs relating to bomb damage along the banks of the canal and warehouses in Castlefield, Manchester. There are also several images showing air raid shelters that were built at Salford Docks, an area which was a primary target for German bombers during the Second World War 1939-1945.

There are images of a whole range of barges, tugs and craft constructed, owned, and used by the Bridgewater Department, including a captured-in-motion launch of a barge at Runcorn Docks. Other features represented in the images include Hulme Locks, Woolston Weir, Runcorn Docks, and Castlefield terminus. Alongside the focus on engineering, the photographs give a good sense of the rural and industrial landscape along the route of the Canal from Runcorn to Manchester and onto Leigh in the North West of England.

The first section of the Bridgewater Canal opened in 1761 as the first major British Canal of the Industrial Revolution, and would eventually connect Runcorn, Manchester and Leigh in the North West of England. Construction of the canal was funded by the 3rd Duke of Bridgewater, and in 1885 the Canal was purchased by the Manchester Ship Canal Company. 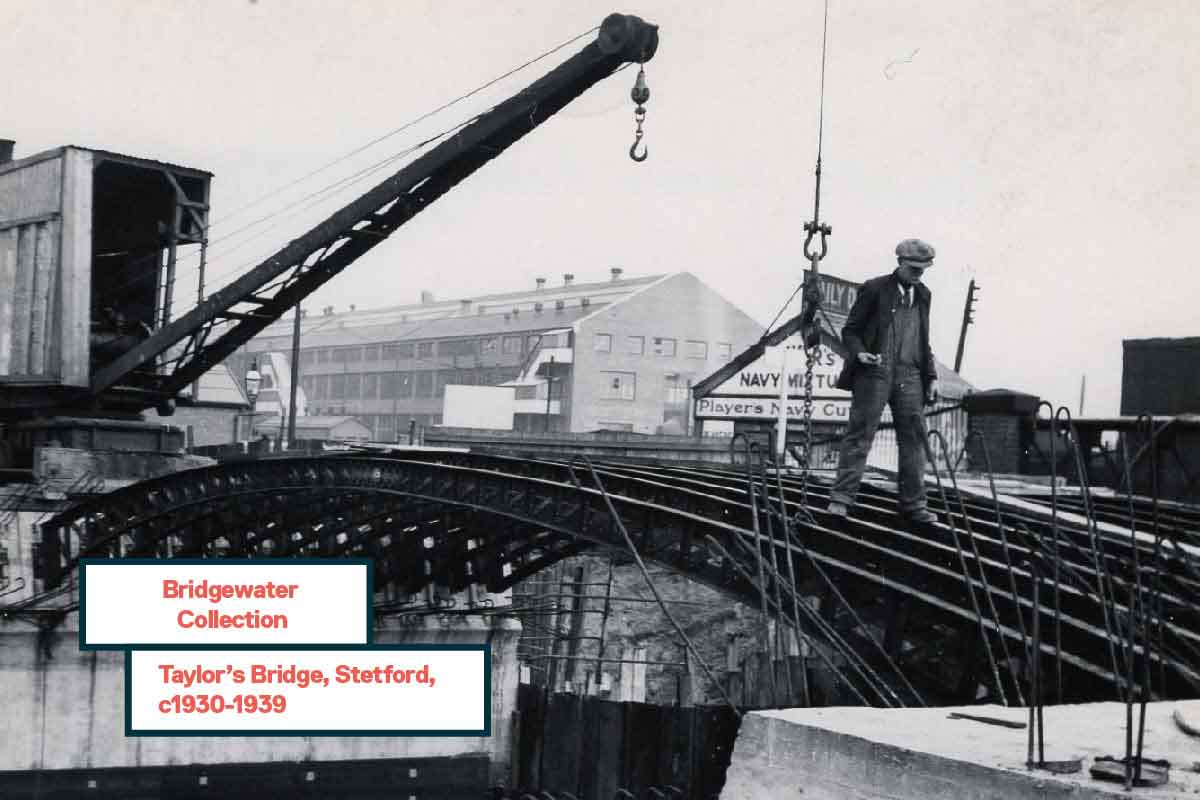 This collection gives an insight into how canal infrastructure was constructed in the early 20th century; the photographs can be used for local and regional history as they depict places and people in the past; the content might also be inspiring for those looking for strong visual material on themes around the industrial North West in the late 19th early 20th century.