Noel Gallagher gave a lucky audience a rare peak into his life on Friday night when he appeared at an intimate fundraising in-conversation event in Salford Lads Club. The Manchester legend was interviewed on stage by the University of Salford’s Associate Dean Research & Innovation and popular culture expert Dr Kirsty Fairclough. 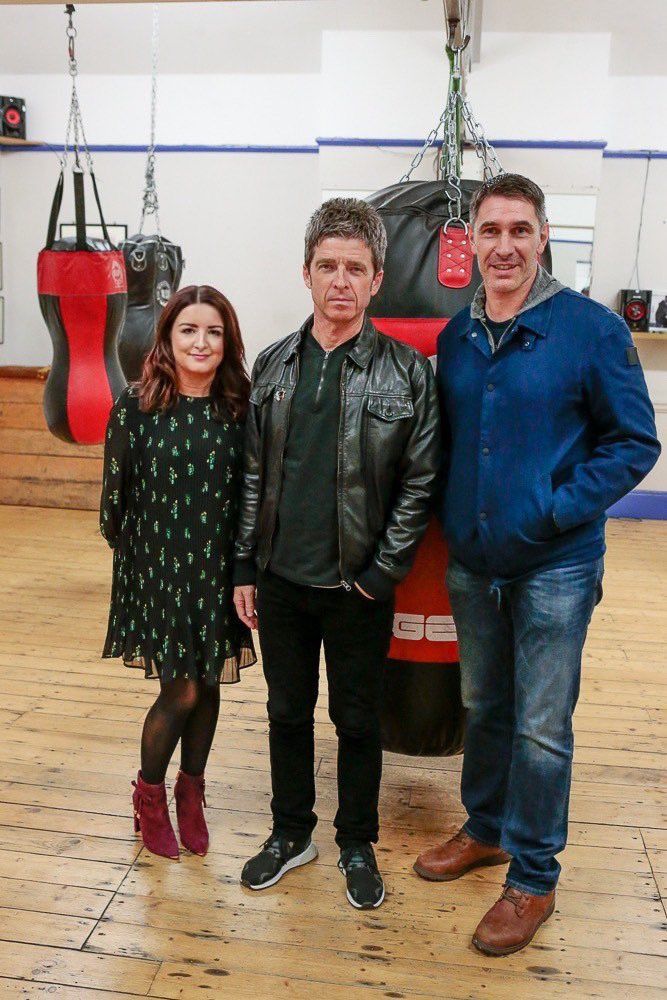 While in Oasis, Noel set the scene for Britpop in the nineties and has dominated the charts ever since, picking up multiple accolades along the way, including two Ivor Novello Awards, NME's Godlike Genius Award and the Q Icon Award. His band - Noel Gallagher’s High Flying Birds - first emerged in 2011 and released their eponymous album that year, which went double platinum in the UK and has sold over 2.5 million copies worldwide.

Iconic music venue Salford Lads Club - which is run by volunteers - played the perfect backdrop to Noel’s homecoming, with all profits from the evening going to support the youth club and the building itself. Tickets sold out in just one minute! The organiser for the event was Alison Bell - aka Clear as A Bell PR - who is also an old friend of Noel's.

Noel entered the venue to a wave of rapturous applause and went on to divulge tales from his monumental musical career.

As one of the best singer songwriters from his generation, fans might be interested to hear which songs Noel wished he had written: “I’d say Moon River, Hey Jude or A Town Called Malice.”

During his career Noel has mixed with the elite of musical legends, one such icon being David Bowie. “He’s one of the all-time greats,” he said. “One of my biggest regrets is that I met him once and I was a bit too stupid to appreciate him. Someone came up to me and said “David would like to see you and I was like, ‘Of course he would!” I wish I had the opportunity to meet him now again.”

As a someone who wrote lasting hits such as Wonderwall and Don’t Look Back in Anger and Live Forever (the latter being voted as the Best British Song Ever in a poll by Radio X last year), you’d wonder what was left to achieve for the 52-year-old musician.

The event was a great success with £8,500 raised for Salford Lad’s Club.

There’s also another chance to see Dr Kirsty Fairclough at The University of Salford’s London Alumni Lecture on Thursday 14 November (6.30-9pm). Kirsty will be discussing why a 30% gender pay gap in popular music still exists, along with how we can tackle the lack of representation in the industry. Tickets can be found here.

Huge congratulations to Fashion Design graduate Saif Ud Deen who has been selected as one...

An opinion piece by performance and comedy lecturer Lisa Moore, originally published in...

29.09.21
School of Arts, Media and Creative Technology
All news