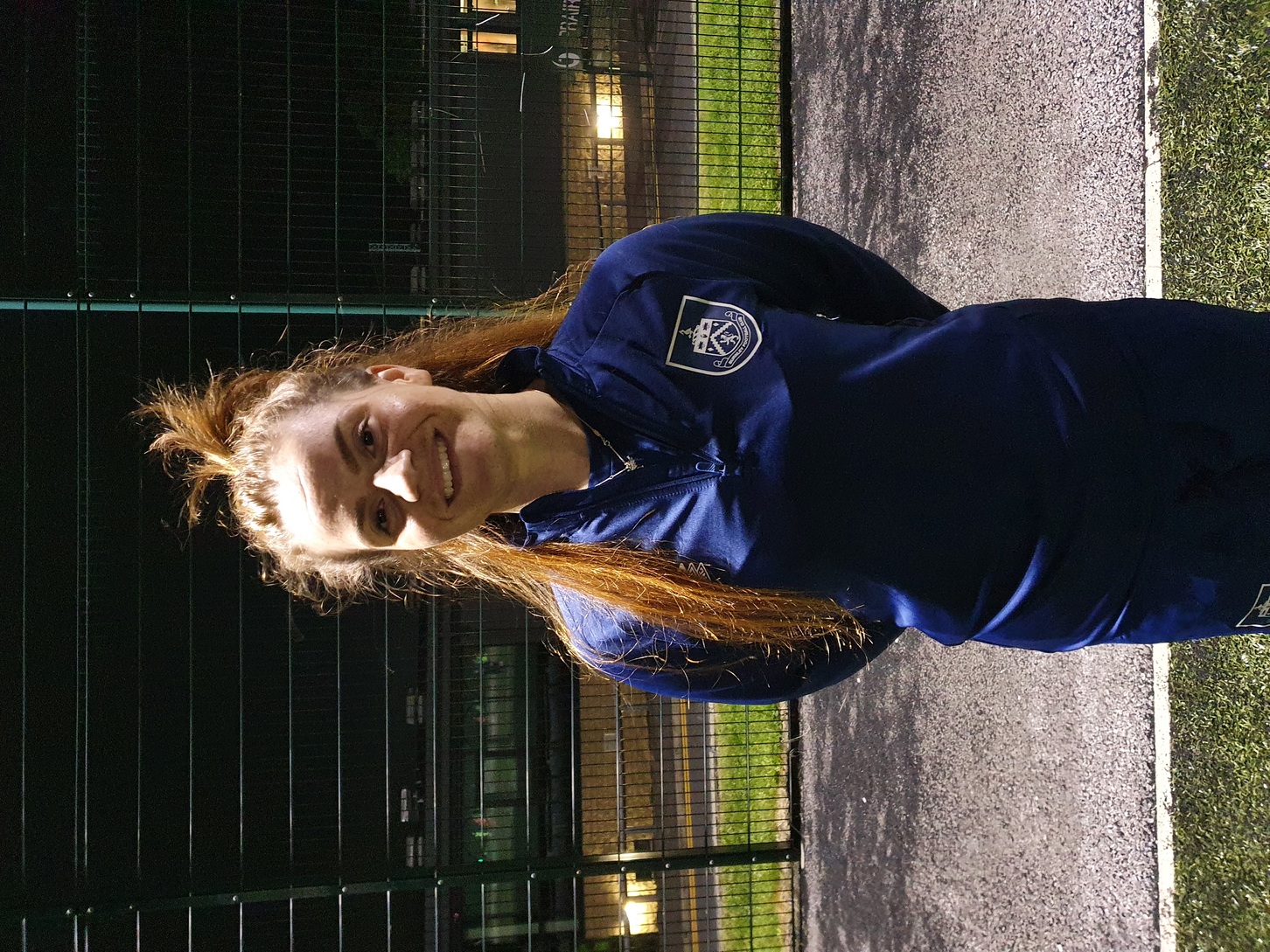 Megan, from Manchester, joined the university in 2017 and completed a BSc in Sports Science before moving onto an MSc in Strength and Conditioning in September 2020.

On life at Salford, Megan said: “In my first year of university I was getting some unpaid experience at a local football club, Cheadle Town, which was my first experience working within a team. I used to do their fitness sessions and be their first aider on game day to free up the coaches.

“Going into me second year I was able to gain an unpaid internship at Salford City FC with the Lionesses (women’s team) as their Sport Scientist/Strength and Conditioning Coach.

“This was a harder challenge, since I’d never coached women before, so this was very new, and, in a way, scary for me but exciting at the same time.

"From there I’ve manage to get another opportunity working with England’s Amputee Football Association as the first teams Sport Scientist/Strength and Conditioning Coach.

“This brought an even greater challenge, but it was a no brainer to take it. I got offered the position in January, so I left Salford City Lionesses after two full seasons and one half season to focus on the role.

“In June this year, I started applying for paid position within sporting clubs, and I managed to get a job at Burnley FC with their women’s 1st team as their Sport Scientist/Strength and Conditioning Coach.

“The part of my role that most people will see is warm-up delivery’s, but behind closed doors I will be doing performance testing to see where the women are at in terms of their athletic ability and how they meet the demands of female football.

“This can be by measuring their sprinting, jump, change of direction ability as well as cardiovascular endurance testing. This gives me as a Strength and Conditioning coach a picture of where the women are at and how to increase players athletic ability to then create gym programs for them, and to deliver on-field strength and conditioning sessions.

"In addition to this, my role is to measure players overall workload; as well as football training, players are doing additional work outside training hours that could potentially cause them to be fatigued and cause injuries.

“You only get out of life, what you put into it, and If you want to get into the higher sports clubs, you have to put the hard work in and out of university, you can’t wait for opportunities to come to you, you need to go find them.

“The University of Salford offers one of the best courses in the country and I wouldn’t hesitate to recommend it to anybody. The lecturers that teach and structure the course are brilliant and you are very much prepared and ready for real life.”

You can find out more about the Strength and Conditioning course here.