Third year physiotherapy student Sarah O’Neill tells us about the experience of a lifetime accompanying the Salford Red Devils to Wembley – 51 years since the team last took part in a Challenge Cup Final. 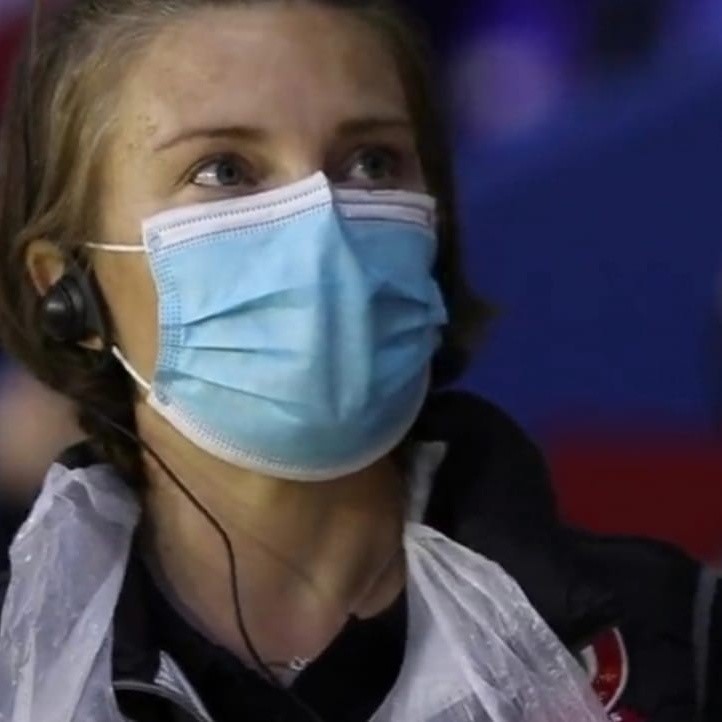 This is Sarah’s seventh season with the Red Devils, having worked as a personal trainer and sports massage therapist since 2000.

In that time, that team has gone from strength to strength, and Sarah tells us that she believes this is due to consistency in their processes and procedures. She says: “Of course, the team all know their roles but, very importantly, so do the staff. Between the coaches, strength and conditioning department, and the medical team, we make sure that no stone is left unturned in the pursuit of success.

“We are a small team compared to others in the league, so we don’t have the luxury of player rotation or being able to rest players that may be playing high numbers of minutes. This means planning the training loads, recovery and risk mitigation strategies are paramount and we have to all work together to provide the desired outcome.”

Sarah also believes that the opportunities she’s had during her time with Salford have impacted on her development as a physio.

“I’ve been extremely lucky to work alongside some exceptional physiotherapists throughout my career.  Along with that has come increased responsibility, and my role whilst at Salford Red Devils has far exceeded that of my job description. This has been huge in my mental transition to ‘thinking like a physio’.

“The trust the entire back room and playing staff has in me is great and this encourages me to push forwards in my role. As I learn new techniques, I can put these in to practice virtually straight away and that really aids my practical development. Head physio Rob Artingstall (who also studied at the University of Salford!) quizzes me frequently to test my knowledge and clinical reasoning which is brilliant at consolidating my thought processes and scaring me too!”

The Challenge Cup weekend has a really special place in Sarah’s heart – the final was the first game she went to aged 11, and it kickstarted her desire to get involved in the sport.

“I remember just wishing I could be down on the field where the action was. This weekend that dream came true.”

Salford narrowly missed out on the day, with Leeds winning by just one point. But the experience for Sarah left her feeling like a winner regardless. “The build-up was an amazing learning experience. We all travelled down to London on the Thursday prior to prepare as a team. Of course, we are focussed on making sure every player is supported and able to achieve their best on the day, but there was one particular player who I had been rehabilitating from injury for the last six weeks so I wanted to make sure that his first game back was a success. He played the full 80 minutes and was outstanding in his performance, which was fantastic to see.

“For the team, the win would have been amazing, but for me personally, I felt like I won as a future physio on that day and I will never forget the entire experience. So much goes into getting those players out on the field and it is an absolute privilege to be part of. Here’s to many more Salford successes both on and off the field!”