Criminology is concerned with what behaviour is defined as criminal and who has the power to define what constitutes crime. Criminology is commonly misconceived and confused with other subject areas, for example, forensic science. Although criminology does, of course, explore crime, the focus is on the causes of crime and deviant behaviour, how this affects society and how the criminal justice system responds to this, rather than on crime scene analysis, forensics and criminal investigation.

Criminology is a research-led degree and develops students into analytical and critical thinkers. It explores crime as a social construct, asking important questions such as: What are the individual and societal causes of crime and deviant behaviour? Who in society is more likely to commit a crime? Does offender rehabilitation work? Who is likely to become a victim of crime? Why are some dangerous behaviours criminal and others aren't? And how does media attention and reporting impact crime and deviance?

Criminologists are also interested in how to prevent crime, the purpose and effectiveness of punishment and how the criminal justice system can better respond to crime when it does take place. The recent death of George Floyd at the hands of a Minneapolis police officer has drawn attention (on a global scale) to the relationship between inequalities and criminal justice – relationships a Criminology degree is ideally placed to answer.

Register for our next Open Day to learn more about studying Criminology and speak to the course team.

You'll study a range of cutting-edge issues relating to crime and justice with an emphasis on hands-on learning. In last year's National Student Survey, 100% of students surveyed agreed that the course provided opportunities to apply what they had learnt (University of Salford analysis of unpublished NSS 2020 data).

Studying Criminology and Sociology at Salford will provide you with a sound understanding of the key conceptual and substantive issues involved in the study of society, crime and criminal justice.

This course uniquely combines criminology with counselling studies – two disciplines which are vital to the criminal justice system. Counselling has an important and expanding role in attending to the victims of crime, addressing some of the causes of offending, reducing re-offending, seeking restorative justice, and alleviating stress among criminal justice practitioners.

Our Criminology with Security programme is one of the first of its kind, combining security, intelligence and terrorism studies with criminological theory. This course responds to recent global events which highlight the importance of security in preventing, controlling and responding to all forms of crime, whether originating in local, national or transnational contexts. You will explore the role of security services, such as MI5 and MI6, the challenges and threats societies face today and the approaches that different states and other institutions have taken to achieve, enhance and maintain security.

What Can We Offer You?

You will have the opportunity to develop your learning through real-world experiences including through placements, workshops, field visits and conferences

Be taught by research active staff who ensure that module content aligns with current social science happenings, controversies and debates. 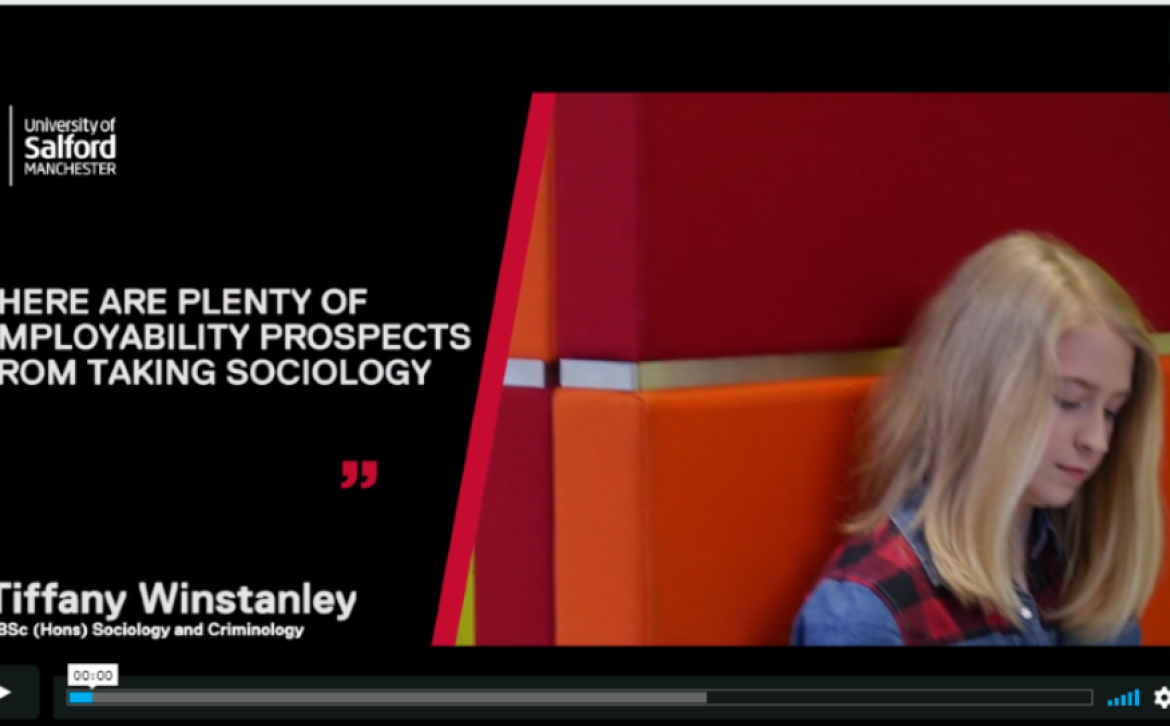 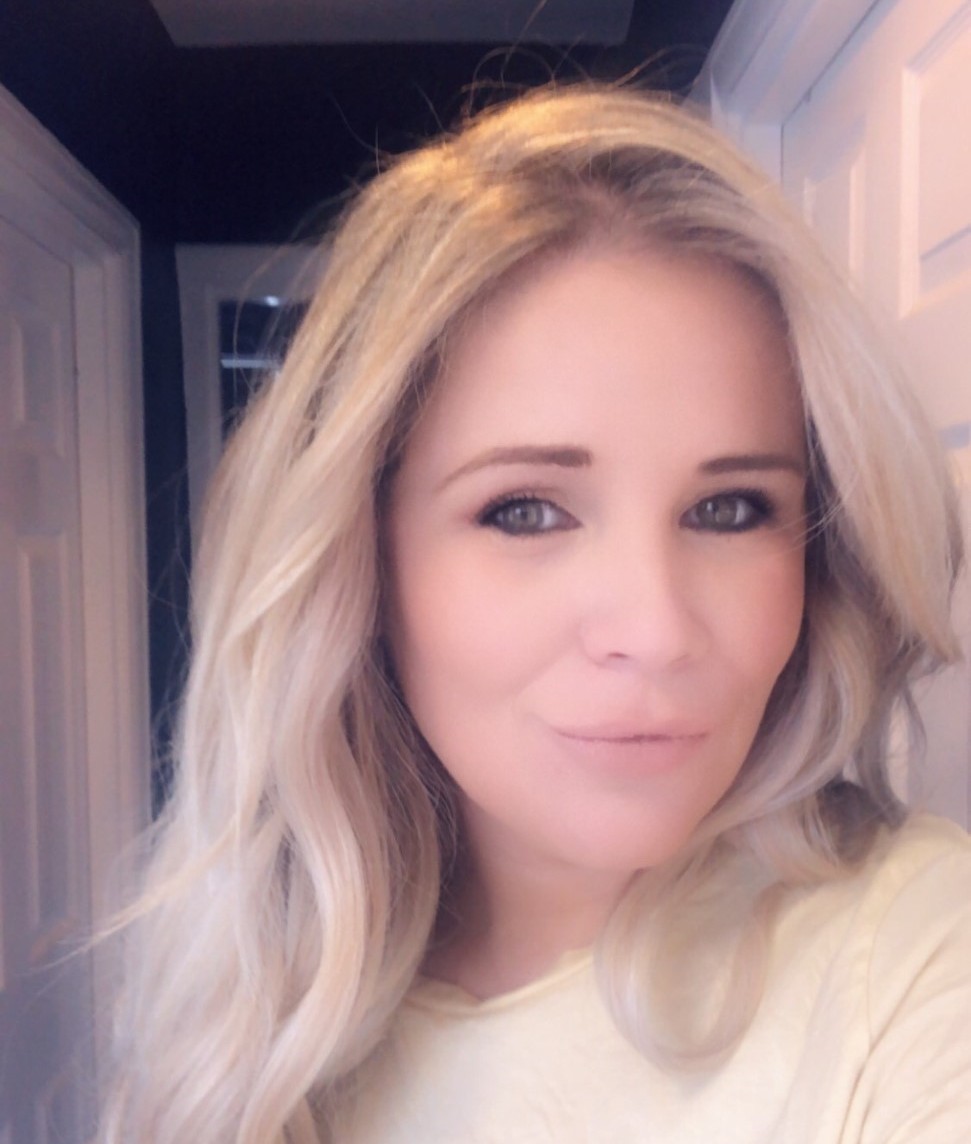 I started studying Criminology at Salford 2018 after completing an Access course in Social Sciences and Psychology at Bury College, Manchester. This is where I became interested in Criminology – I knew I wanted to join the police but I wanted to learn more about society first.

My first experience at Salford university’s open day was the reason I chose to study at Salford. I had been to other open days at other universities in Manchester, but I was really impressed by Salford, in particular the two lecturers that gave taster lectures on the day. They were really passionate about the subject and the two topics they spoke about really sparked my own interest for the subject. Salford itself felt like home and everyone is really welcoming.

We have had plenty of guest lecturers and guest speakers which are really beneficial and a great way to learn about criminology applied to real-world settings. For the Violence and Society module we had James Treadwell who is a well-known criminologist whose work focuses on violence in prisons and the structures behind this. On the Criminal Justice and Human Rights module in the first year we had a guest talk from Janet Alder whose brother Christopher Alder died in police custody - this highlighted institutional racism and really made me think of the unequal treatment BAME communities can experience We have also had agencies come in to speak to us such as The National Crime Agency who spoke to us about what the agency does and how to apply. We had the Greater Manchester police chief Ian Hopkins come in to talk to a small group of us and we got to question him about the structures of the police, current challenges policing such as knife crime and policing in a public sphere. There has been plenty of outside experience and input throughout my course which has given me a wider understanding of the modules I am studying and criminology as a whole.

From becoming an undergraduate student to on-campus accommodation, we've got you covered. Take a look at the information below to get a feel for all things Salford life.

Study at Salford really is the best of both worlds.  Our Peel Park campus is set in 46 square kilometres of lush, green space to enjoy. But we're also just over a mile away from the big city buzz of central Manchester - voted the UK's most liveable city two years running.

Famous for music, culture, sport, art and science, the cities of Manchester and Salford offers an unrivalled student experience where you can balance your studies with world-class culture, exciting events and legendary nightlife.

We know university life isn’t all about studying – sometimes you have to have fun, too – and there are plenty of things to do outside of academia across our campuses.

From joining a club or society, to taking part in a gym class, to meeting up with friends for lunch in Atmosphere bar and café: when you're not working on your next assignment or research project, you can be enjoying the perks of being on campus at the University of Salford.

Living in student accommodation is a great way to get settled into university life and meet new people. We've got some great accommodation options to choose from, including Peel Park Quarter - recently voted one of the best halls of residence in the UK.

Choosing a university is one of the biggest decisions you'll make - and we want to help you make the right one.

If you have any further questions, our friendly team will be happy to answer them for you. You can contact us through email enquiries@salford.ac.uk or phone +44 (0)161 295 4545.