Where Are They Now? Graduate Stories - Will Manley 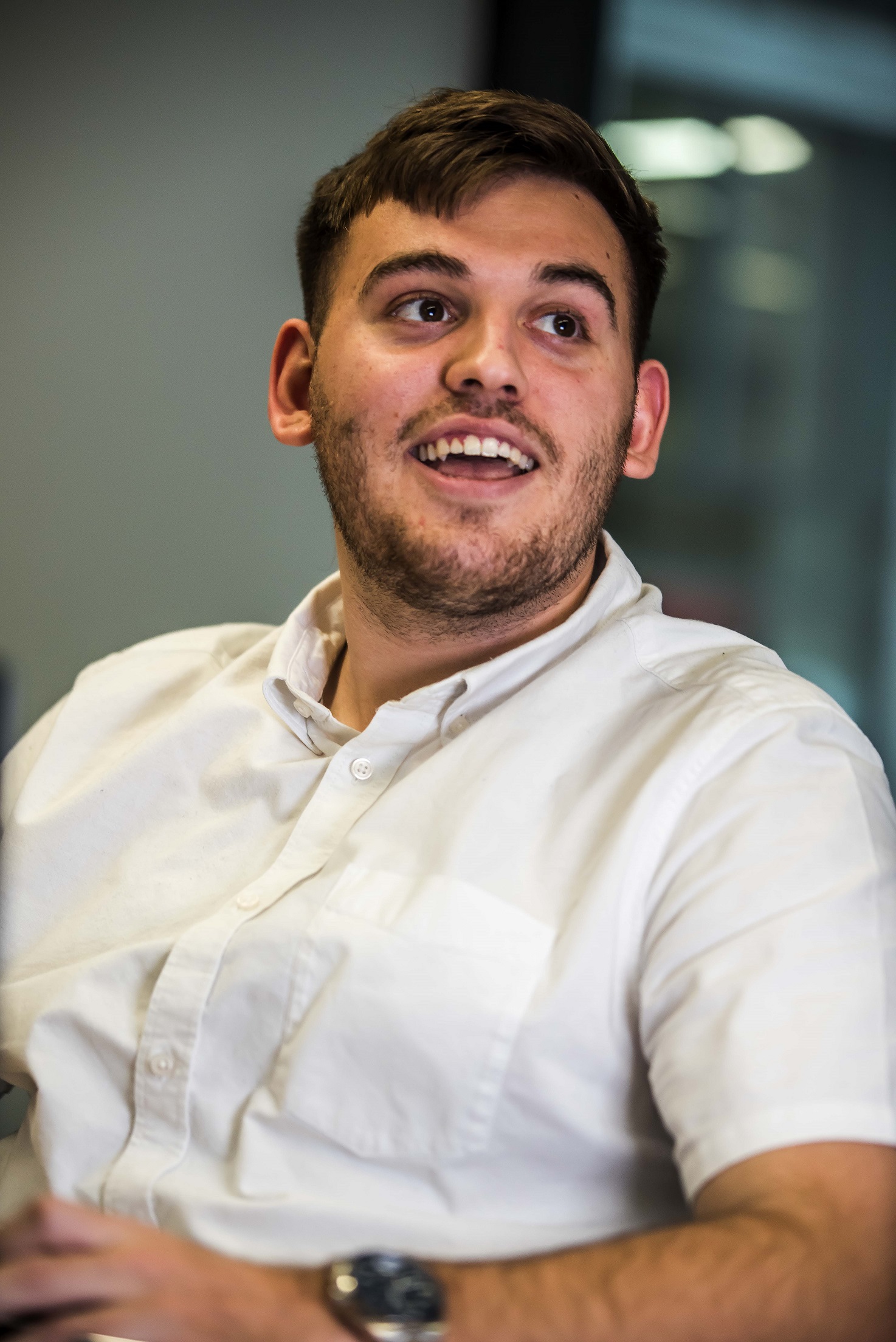 Tell us about the company you’re working for

Applica Resourcing's been running for four years now working in recruitment in the oil and energy sector. The managing director, Matthew Hallé, he’s got 20 to 30 years’ experience in recruitment, he’s brilliant honestly, the way that he works is, ‘if you work hard, I’ll treat you right’. I remember when I first went in for an interview with them, I've always been the kind of guy who puts out his ambitions so they understand that I'm not coming in to sit around and be a recruitment consultant for the rest of my life, I want to progress, I want to move on to bigger and better things. And they noticed that from day dot. What struck me about these guys was I went for an interview and half an hour after I left the meeting room they’d sent me an offer letter through. I was pretty gobsmacked at the time.

It isn't really all about the money. I wanted somewhere where I can enjoy what I am doing. Don't get me wrong, recruitment you do earn a little bit of money, there are some nice little benefits to it. I wanted somewhere with a nice inclusive environment. Somewhere we can have fun but also work hard. And that's exactly what I found. My two managers, the two directors who I'm working with are absolutely brilliant. They have so much knowledge in the industry that we work in.

What is your job and what do you do day to day?

My official job title is Recruitment Consultant (Energy). We do a lot of work in the energy sector. In terms of renewables, that's big in the market at the moment, offshore wind, solar, tidal power and things like that. The clients that we're dealing with are multibillion pound businesses.

We get a job through from one of the main clients for an engineer position. I'll go on to a search for candidates. We do a broad search first using LinkedIn based on where the country is, what kind of position the client is after, what kind of contract they're after, the different specific niche skills that the engineers need.

Then I send out a lot of messages, I probably send somewhere between 50 to 100 messages and from there I get responses back: some say they’re not interested, some say yeah, I'm interested.

We just work it like that, calling people if they're interested to get their CVs, check through the CVs, make sure it aligns with the role. And then we do what is called a second call. I didn't realise they did this until I started work, but this is what we call pulling the job. You ring the candidate up and say, ‘this job we’re working on, I'm not too sure whether it’s necessarily suited for yourself’. So you're pulling the job away from them, making sure that they're trying to fight to stay in the mix, because it shows their interest in the actual position. The last thing we want to do is submit someone and two minutes later, they come back and say, ‘I’m not interested anymore, can you withdraw my submission’. At the end of the day, that damages our reputation.

After the second call, you submit the candidates through your line manager or the account manager.

It's mega interesting what we get to do. Don’t get me wrong, it can get repetitive, there are days we come in and it’s the same thing. But I spoke to a guy this week, we ended up being on the phone for almost half an hour compared to the usual 10- 15 minutes and he was just so interesting, what he was telling me about all the different projects he's worked on, all the different places he's been and you just find out so much about the industry, we get an insider scoop into what's going on in the world.

What are the opportunities for you in the next two, three years?

I get on with the directors, Tom and Matt, really well. We've set our roadmap and I'm on track to become senior consultant in the next two months. I'm really excited for that and there’s a base pay rise with it.

I’ll get a little bit more responsibility, a little bit more trust in terms of the candidates who I’ve submitted, and I’ll be trying to get my own business development leads. I've actually this week spoken to our Operations Manager about getting some training and potentially being put forward for another role. We spoke about me managing my own team, which is something I’d really like to do in the future. I'd love to start my own team, it’s definitely on the cards.

Both directors have said the business is growing rapidly and they have made it clear they won't hire anyone, regardless of how good they are, unless they know they're going to fit into the team. So they're actually considering us when they're doing the recruitment rather than just themselves and just thinking about the money.

What would you say to somebody who is considering studying the same course that you did?